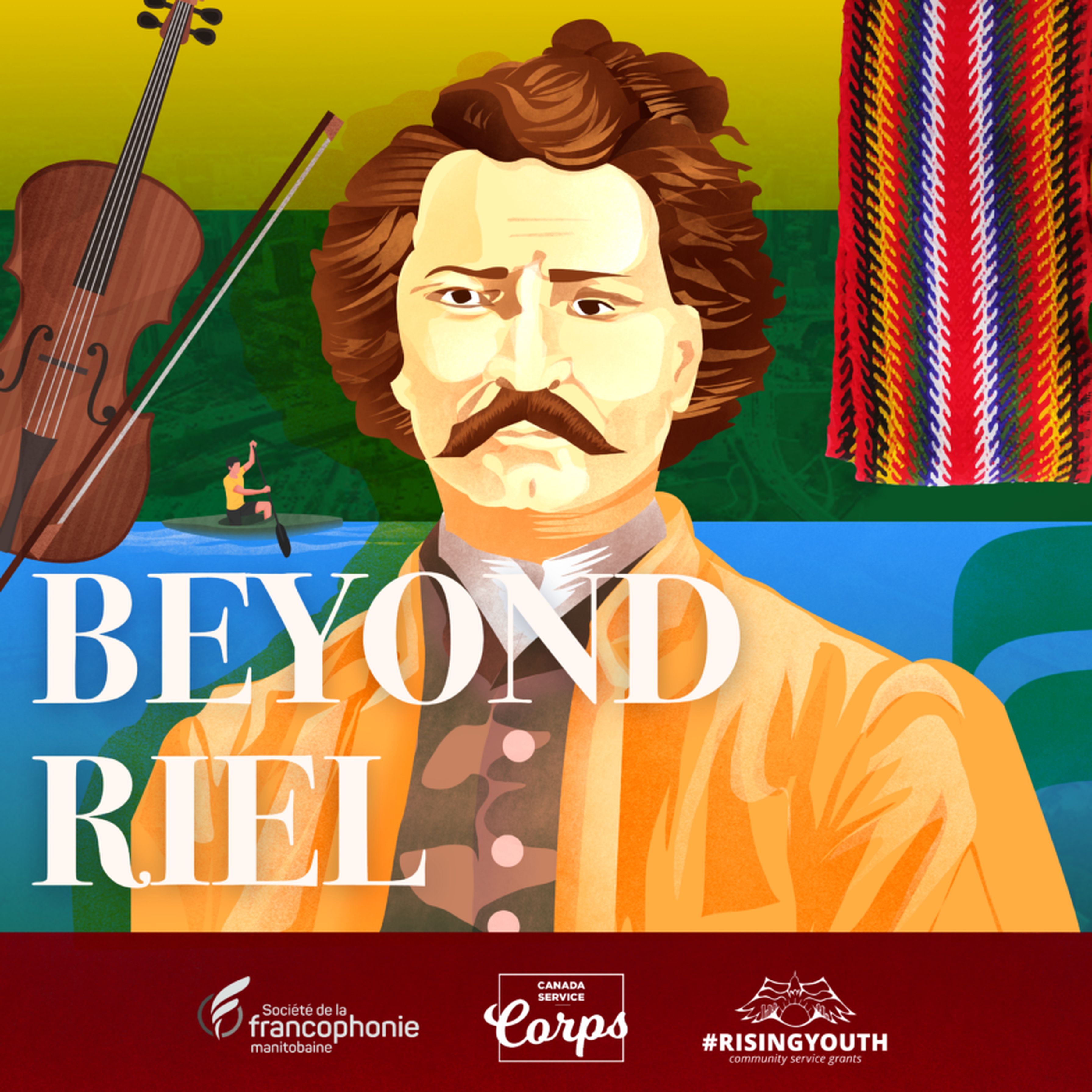 Two born-and-bred Winnipeg-gers have created a podcast examining the history, identity and challenges surrounding Canada’s minority francophone communities. Beyond Riel, a limited series presented by cohosts and U of M alumni André Marchildon and Ian T. D. Thomson, aims at expanding non-francophone understanding of the rich culture across the country beyond surface knowledge of Louis Riel, the founder of Manitoba and a prominent Métis figure in Canadian history.

In February 2020, the pair connected at a U of M alumni event in Toronto, Ont. where they are both pursuing further degrees at the University of Toronto. A shared interest in public policy and politics led to discussions of francophone affairs. Marchildon, who grew up speaking French, was interested in reconnecting with the topics affecting minority French communities and quickly realized language barriers had created accessibility complications around sharing information.

He drew particular inspiration from the French podcast Mon drapeau franco-manitobain — in English, My Franco-Manitoban Flag — which discussed the history of the Franco-Manitoban community and its flag on the 40th anniversary of the flag’s creation.

“I found it very interesting, but I realized it was not accessible to non-francophones,” Marchildon said.

The podcast showcases Marchildon as part of the minority francophone community it seeks to highlight, while Thomson plays the role of the anglophone target audience.

“As a Winnipegger and non-francophone, I found myself initially unaware of the issues and challenges of the francophone community that André would bring up in conversation,” Thomson said.

“It occurred to us that many non-francophone Canadians are not aware of the challenges facing francophone minority groups. People know about Louis Riel, but there is so much more to minority francophone communities across Canada. With Beyond Riel, we saw an opportunity to shed light on those francophone topics to a non-francophone audience.”

The pandemic proved an unexpected benefit to creating the podcast, with the pair returning to Winnipeg and guests able to contribute via Zoom. Thomson’s previous experience producing podcasts, both with UMFM and at other universities, also came in handy.

“With this project, we knew we had to be well researched, sensitive to the topics discussed and ensure that we were gathering a breadth of experiences and perspectives from those across the community,” he said.

Episode topics include francophone culture across Canada, questions of who is included in francophone communities and the Official Languages Act — which requires all Canadian federal institutions to provide services in both French and English — with guests ranging from historians to politicians and artists. The podcast’s music comes from Franco-Manitoban singer-songwriter Rayannah.

While both Marchildon and Thomson are currently focused on their studies, the duo have not ruled out returning to the Beyond Riel premise.

“We think this is an important topic and we certainly have ideas for further episodes,” Marchildon said.

“We have already discussed the possibility of producing a second season if this first one is well received. We believe that there can — and should be — more discussions around the issues and challenges of minority francophone communities.”

Beyond Riel airs on UMFM 101.5 every Monday at 11 a.m. and is also available on Apple Podcasts and Spotify. More information is available at umfm.com/series/beyond-riel.