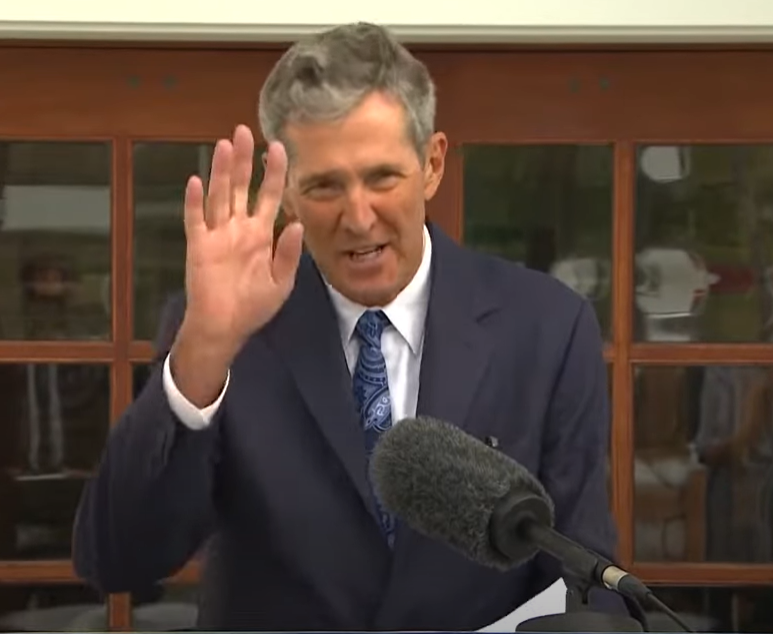 Tuxedo MLA and former health minister Heather Stefanson has become the first official candidate in the race to replace Premier Brian Pallister as the leader of Manitoba’s Progressive Conservatives.

Stefanson declared her candidacy and resignation as health minister Aug. 18, just eight days after Pallister announced his intention to step down. The focus of her campaign thus far has been to scrap Bill 64, the controversial Education Modernization Act.

Stefanson has widespread support from the PC caucus, with 24 of the total 35 Tory MLAs supporting her candidacy. That includes Education Minister Cliff Cullen, who is largely responsible for Bill 64.

Pallister announced his decision to step down Aug. 10 after more than five years as premier. The exact timing of his departure remains undetermined.

“The PCs have convinced themselves that Pallister was the problem and I think they’ve made a mistake because he didn’t do it alone,” Lamont said. “It was a team effort.”

“The PCs seem to be saying that they want to find an anti-Pallister, and that’s pretty hard to find when every single member of his party […] voted one hundred per cent with him on every single vote.”

U of M political studies associate professor Royce Koop offered some insight as to why so few MLAs spoke out.

“[Pallister] has a genuinely iron fist when it comes to dealing with his party,” Koop said.

“If you don’t nurture […] relationships with your caucus as times get hard, they’re not going to be there for you […] and that’s exactly what happened. If Pallister had been more conscientious […] he could have survived this kind of thing.”

The next election in Manitoba is not scheduled until 2023, leaving time for a change in party leadership to boost opinion polls.

“Pallister was so much the public face of the government that him leaving could really give the party a boost because he takes a lot of that controversy with him,” Koop said.

Lamont expressed doubt that a change in leadership would make much of a difference in the way the PCs would govern going forward.

“Pallister has left a much deeper mark on his party than people realize,” Lamont said.

“I think what the PCs think is that they can put on a show […] the problem is, what has actually happened under the PCs is they’ve broken our government.”

The PCs did not respond to requests for comment.