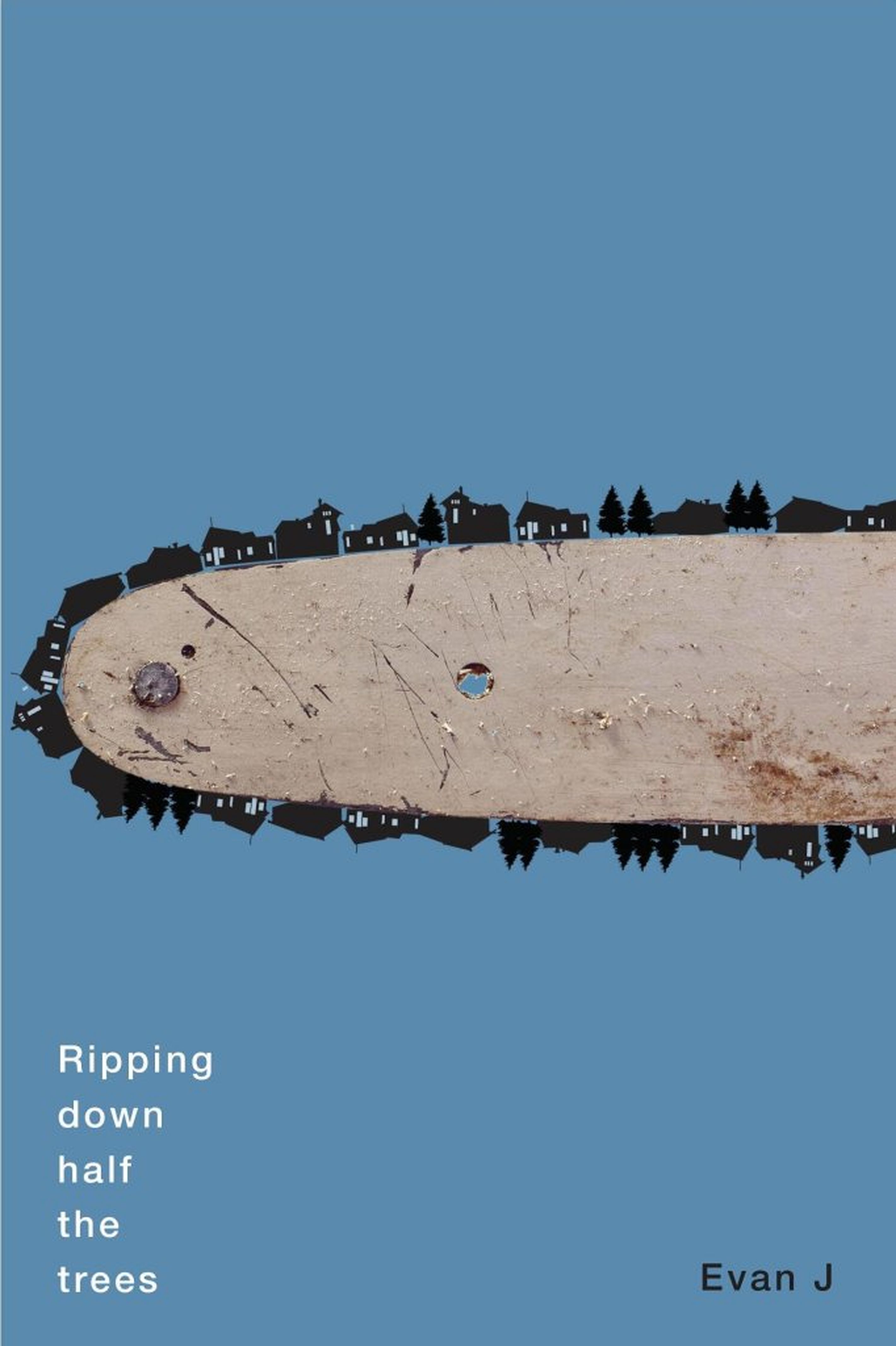 Ripping down half the trees is the first poetry collection from Evan J Hoskins, who writes under the name Evan J. Having been influenced by socially active writers and poets, the work is unapologetically critical of the structures that perpetuate harm while simultaneously acknowledging his own privileged perspective.

Primarily written in free verse and drawing upon his experiences living in Sioux Lookout, Ont., Hoskins seeks to remove the veneer of Canadian equality to expose multiple injustices at the nation’s core — racism, ableism and sexism, just to name a few. The poems cover a multitude of subjects — things, places, people and institutions that are doing things wrong — but also aim to draw attention to the upstanding actions of individuals that seek to incite widespread change.

The collection is divided into thirds, with each section containing a multitude of poems of varying lengths and styles based around specific regions in Canada, but more specifically Ontario. The first section, “The Metro,” focuses on cities and towns like Toronto, Ont. and Gimli, Man. while the middle section “Northwestern” is about the upper areas of Ontario. The book’s longest and final section, “Sioux Lookout,” is based on Hoskins’s experiences teaching digital literacy and working at the Sioux-Hudson Literacy Council’s Adult Learning Centre.

Hoskins’s writing style is very direct, artful and conversational, and the tone of the collection remains emotive and contemplative until you close the back cover. Hoskins’s use of vivid imagery and enjambed lines creates a startling duality — a beautiful melancholy of what was, what is and what should be. His words jump off the page and his craftsmanship is fresh, dynamic and exciting.

One of the standout pieces from the collection is called “All the friends at the party.” At three stanzas made up of three lines each, the poem isn’t very long, but it speaks volumes about the damage caused by mass silence and white solidarity, especially when it comes to those in positions of power.

Another highlight is “Colonialism for dummies.” Inspired by Laurie D. Graham’s 2016 poetry collection titled Settler Education, the poem is an intense confrontation with certain ideologies and beliefs about Canada’s history and responsibility that is meant to unsettle and destabilize colonial spaces. It also encourages readers to assess their own privilege and how it impacts their approaches to allyship.

Ripping down half the trees is a powerful and topical piece of work. Clocking in at about 100 pages, Hoskins encourages his readers toward reflection and discourse by deftly saying a lot with a little bit of space and a small number of words.

Bouncing between life and death, facts and fictions