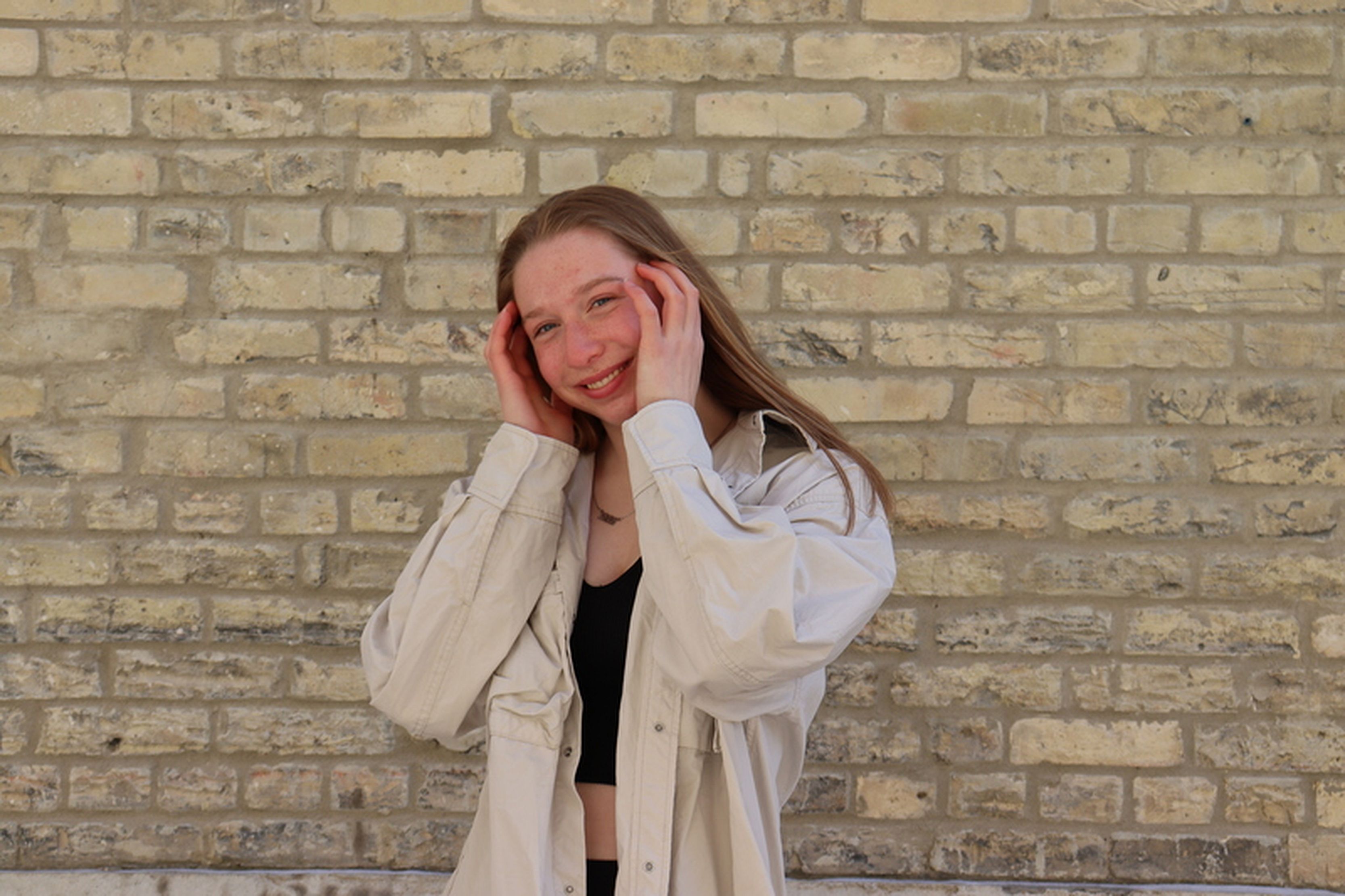 Few people are lucky enough to find something they’re passionate about early in life — Sophie Kate, an emerging singer and songwriter from Winnipeg, is one of those individuals.

Kate, who began recording and producing music in March 2020 and recently independently released her second single of 2021 titled “What About Me,” has been interested in the craft for as long as she can remember.

“Music has kind of always been a part of my life,” she said.

“I’ve been in choirs since I was in first grade.”

Since then, Kate has continued to build up her musical skills and knowledge by learning piano through a local mentorship program and teaching herself to play the guitar.

“Through that [mentorship], I learned taking a song that you hear, finding chords for it […] and making it sound like a full song on just the piano and basically doing everything by ear, which was exactly what I wanted to do.”

Kate’s love of music led her to write her own songs from as early as nine years of age. However, it is only over the last year that she began to take songwriting more seriously and release her music on public platforms.

“Songwriting has always been a way for me to deal with things I’ve gone through and cope with emotions I’m unfamiliar with,” said Kate in a press release.

“Over the years, I’ve continued to nurture this passion. I started writing songs more often and, eventually, I decided that I needed to do more than just write them. I wanted people to hear my music.”

The initial COVID-19 lockdowns in March 2020 ended up being the catalyst for Kate to realize this goal of releasing her music to the world.

“When COVID hit, it was kind of like ‘Okay, well, now I have absolutely nothing to do,’” Kate said. “I was writing more and more songs just to process how I was feeling at the time […] I started saving up all the money I was making to just buy really basic recording and producing equipment, and then by the end of the summer I’d saved up enough to get a computer that I could use to record with.”

Storytelling features heavily in Kate’s music, with most of her inspiration coming from daily life and personal narrative.

“My favourite way of writing songs is going through something that’s really meaningful and really impactful on my life, and then coming back and writing about it,” she said.

“It’ll start out as a voice memo of me just playing guitar or piano, just saying whatever is on my mind, and then a little bit later […] I’ll come back to it and I’ll listen to it, and then kind of go through stuff I have on my phone already and kind of piece it together.”

Five singles and one EP later, Kate has learned a lot not just in terms of songwriting, but in terms of producing and recording her music as well.

“[Learning to record] was kind of weird at first,” she said. “A lot of it was Googling and YouTube research […] a lot of it was just by [trial and error].”

“A lot of [Swift’s] music helped me through some of the lowest times I’ve been through and I really just fell in love with her songwriting,” said Kate.

“When I listen to other songwriters, how they write, I like to take inspiration from their techniques and listening to the different ways they word songs and the ways they work around obstacles that they might’ve had while writing.”

In the near future, Kate’s main goal is to continue working on her songwriting and production skills in order to release as much music as she possibly can.

“I just kind of want to try everything I can and see what sticks,” Kate said. “I’m very excited to see where music can take me in life, how much I’m going to grow and how many lives will be touched by the music I’m making.”

“What About Me” by Sophie Kate is available through Spotify, Apple Music and YouTube.