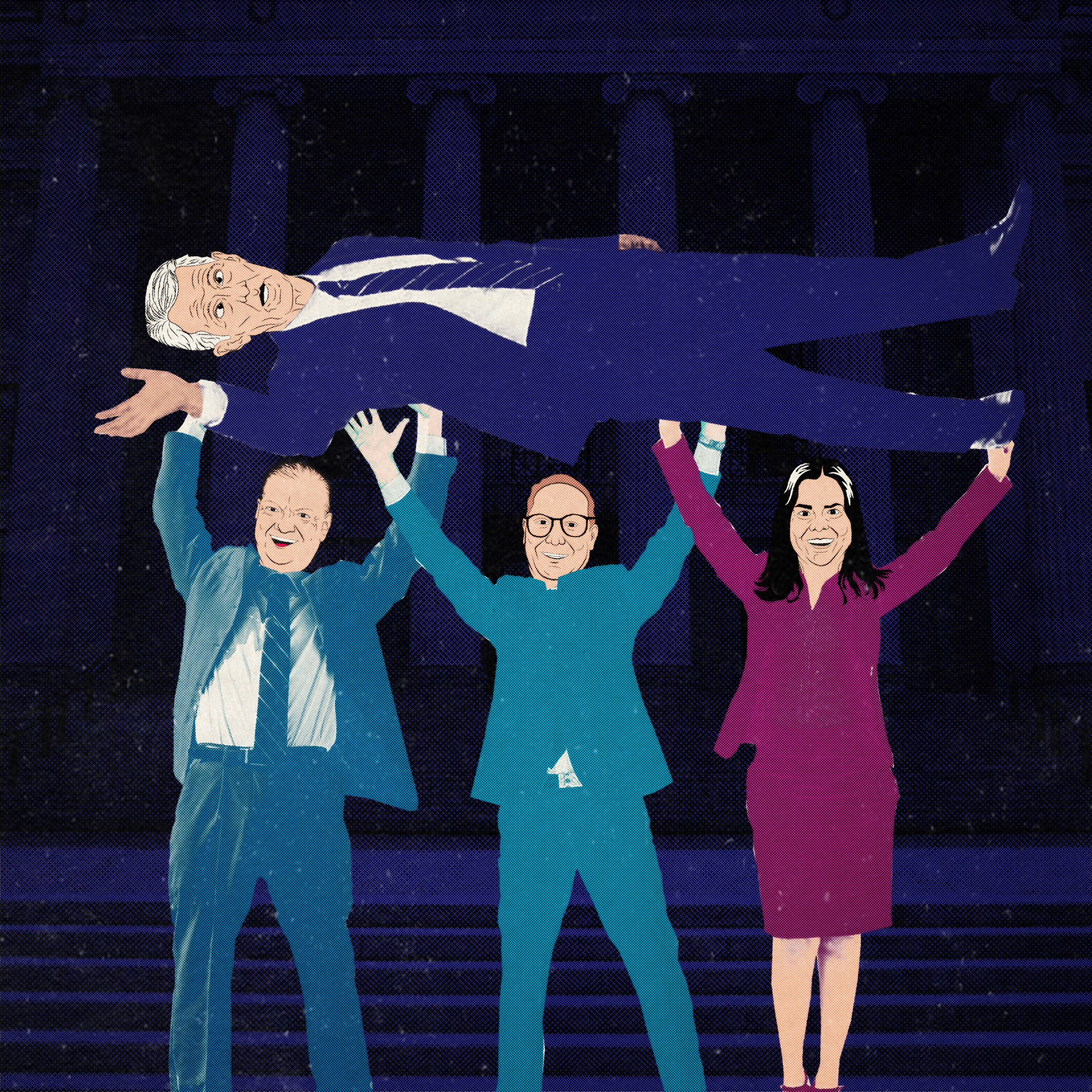 After five years of anxiously waiting for Premier Brian Pallister and his uncooperative majority regime to fall in Manitoba, progressives and activists received some good news — Pallister will not be seeking re-election. The announcement came after a sorry excuse for an apology about his terrifyingly ahistorical comments that suggested the intentions of white settlers on the continent were to “build.”

By claiming Europeans came to the continent to purportedly “build,” the premier brushed off Canada’s legacy of genocide and the cultural importance of Indigenous civilizations — as if nothing, or nobody, had existed on the continent prior to colonial exploitation. Pallister was then politically strongarmed into an apology that he likely did not want to make.

“I feel awful about the reaction and the misunderstanding I created with my comments,” the premier said.

Pundits and Indigenous leaders condemned the apology as more of an excuse than a display of genuine regret. The next week, on Aug. 10, Pallister announced his resignation with no immediate timetable.

However, his resignation was a long time coming considering he ambiguously pointed toward a resignation in December after a poll by the Angus Reid Institute — a non-profit think tank —suggested Pallister had the lowest approval ratings in Canada. Paul Thomas, professor emeritus of political studies at the University of Manitoba, suggested after the poll that the Progressive Conservatives (PCs) might request he step down if his popularity didn’t improve.

This June, a Probe Research Inc. poll — a data research centre located in Winnipeg — noted the PCs only had support from 29 per cent of decided voters.

While it is unclear whether Pallister resigned of his own volition or that of the PCs, Manitobans should not have much optimism about any of his potential replacements — after all, Pallister had, for the most part, unwavering support from his colleagues throughout years of his detrimental policy and discourse.

Still, New Democratic Party (NDP) leaders, union leaders and Indigenous leaders continue to make demands for a more cooperative replacement in the wake of Pallister’s announcement. Wab Kinew and Nahanni Fontaine — the official leader of the opposition and official opposition house leader, respectively — have asked the PC caucus to revisit questionable legislation that Pallister had approved during his time in office.

According to Manitoba’s legislative laws, the NDP, as the opposition party, can select and stall up to five bills.

As of now, the NDP has stalled Bill 16, the Labour Relations Amendment Act; Bill 40, the Manitoba Liquor and Lotteries Corporation Amendment and Liquor, Gaming and Cannabis Control Amendment Act; Bill 35, the Public Utilities Ratepayer Protection and Regulatory Reform Act; Bill 57, the Protection of Critical Infrastructure Act; and finally Bill 64, the Education Modernization Act. The bills are scheduled to be reviewed in the fall and the NDP are galvanizing the PCs to rip up Pallister’s calamitous legislation.

Each bill has stirred varying degrees of public outrage. Bill 16 was criticized for making it easier for employers to fire striking workers and ending the requirement for binding arbitration after 60 days without resolution — effectively giving employers the option to starve strikers out of their picket lines. Bill 40 was admonished for opening the door toward privatizing liquor sales in Manitoba. Bill 35 could potentially rob decision-making capacities of Manitoba’s public utilities board, which acts as a check on provincial governments that intend to raise hydro rates.

On the other hand, Bill 57 seeks to criminalize protesters that blockade railways and other infrastructure during a critical juncture in the climate crisis and the Indigenous rights movement. Finally, Bill 64 plans to cut nearly $40 million in administrative expenses by dissolving every school board except la Division scolaire franco-manitobaine — effectively setting up a centralized education authority and transferring power from elected officials to appointed technocrats.

So far, the PC caucus has not commented about the NDP’s request in public. But Heather Stefanson, the member of legislative assembly for Tuxedo, is running for leadership under the promise to rip up Bill 64. However, this is likely an attempt to ride the bipartisan wave of discontent the bill caused.

Nonetheless, political rivals of Pallister should not get their hopes up. Stefanson was the minister of health and seniors care during the COVID-19 pandemic and oversaw policy which precipitated the outbreak at Maples Long Term Care Home. The tragedy garnered national attention after a private care facility was forced to call paramedics to help with an understaffed and undertrained workforce on a grim night in November. First responders reported finding people deceased upon their arrival. Over the span of three months, 58 seniors died.

The PC caucus has dug itself into a political crisis of colossal scale. It would be tough to reconcile all the social harm the party has caused over the past five years. Although regaining the public’s trust before the next election will take significant work, it starts with taking responsibility and scrapping the most extreme bills the NDP have shelved until the legislature’s fall sitting.

Nonetheless, it appears Manitoba’s sole conservative party has shot itself in the foot. As of now, the NDP are projected to come close to a majority in 2023. If history manages to repeat itself, the coercive actions of the PC administration may have set the table for another decades-long NDP stranglehold over the province. Although the thought of kicking the PCs to the curb come 2023 is speculative, Manitobans can take comfort in knowing that one thing is for certain: Pallister will no longer serve as the leader of the PCs nor premier and his legislation should go with him.