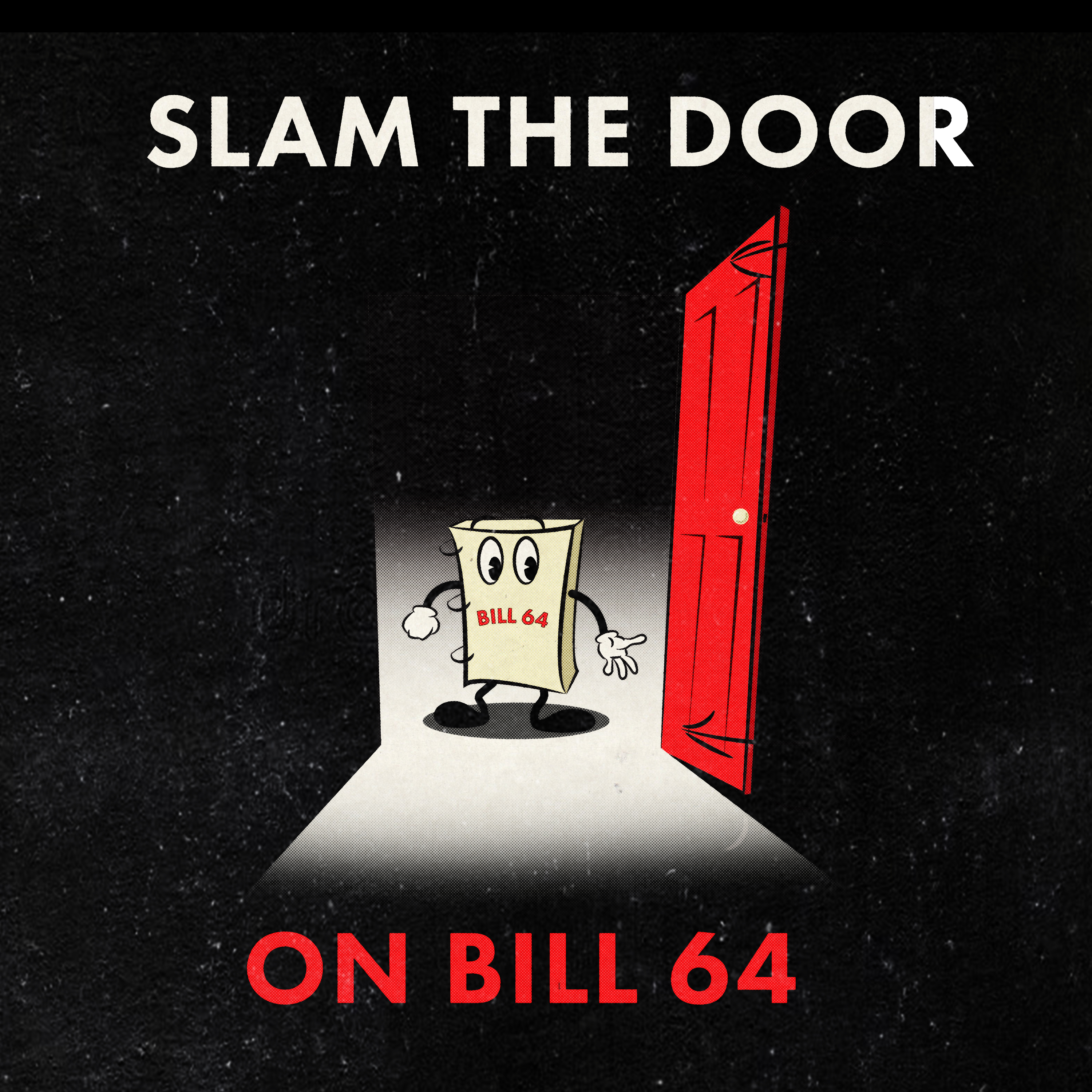 There are countless lawn signs throughout the province of Manitoba, all of which express residents’ protests to Bill 64, the Education Modernization Act.

“Slam the Door on 64” is but one of the slogans on the signs. Each, however, reflect vigorous disapproval of constituents.

Bill 64 is a business model disguised as legislation that purportedly plans to “modernize” the educational system by replacing elected local school boards with a centralized government-appointed education authority. The legislation will result in increased government control of schools, no local elected officials to reflect priorities in different regions of the province and minimal parental representation in decision-making matters.

The bill clearly focuses on control and standardization in schools rather than advancing education with students in mind — including students who are new immigrants, students from different races or the LGBTTQ* community, students with physical or mental disabilities and students from impoverished homes. These reforms will hurt Manitoba’s children, first and foremost.

Public opposition is so widespread that earlier this spring, 3,200 parents from all 37 school divisions and 208 communities in our province signed an open letter to Premier Brian Pallister and Minister of Education Cliff Cullen opposing the bill.

Yet Cullen has relegated this negative public reaction to a “vocal minority,” limited to special interest groups including the Manitoba Teachers’ Society and Manitoba School Boards Association, whom he accuses of perpetrating misinformation to instill fear and anxiety in parents.

In “Civil Disobedience,” an 1849 essay on government and society, Henry David Thoreau wrote, “Moreover, any [person] more right than [their] neighbours constitutes a majority of one.” Thoreau wrote this to display his dedication to morality over conformity — a person can be right and constitute a majority if they have the moral high ground. Possessing the truth and being committed to good is more important than going along with a majority that may be unjust, morally wrong or following a lie. Morality, in this case, is equivalent to a majority — not numbers.

In appreciation for their valiant efforts and dedication to their students, school budgets were slashed and layoffs were forced — up to 130 teaching positions in the Winnipeg School Division were cut in 2021-22. This included axing many first-year teachers who were filled with anxiety about teaching in new roles. These fears were compounded by the threat of COVID-19. Overworked and tired, teachers continued to give their best when society needed it most. With minimal job postings for the upcoming year, these first-year teachers are now unemployed — used and discarded.

With this kind of track record, when Cullen says that Bill 64 will not result in layoffs, who will believe him? Nobody with anti-Bill 64 signs on their lawn.

Pallister stepping down as leader of the Progressive Conservative party does not mean Bill 64 will be slashed. Despite cries from the opposition to scrap all remaining bills until a new leader is elected, Bill 64 remains on the table. Members of the Conservative party who passed the first reading of the bill all remain in power and will likely continue to push the bill through its second reading in October.

Students are our future and COVID-19 has highlighted just how instrumental teachers are in the student learning process.

The Pallister government may dismiss Bill 64 protesters as a vocal minority, but to Manitobans directly impacted, they constitute a majority of one.