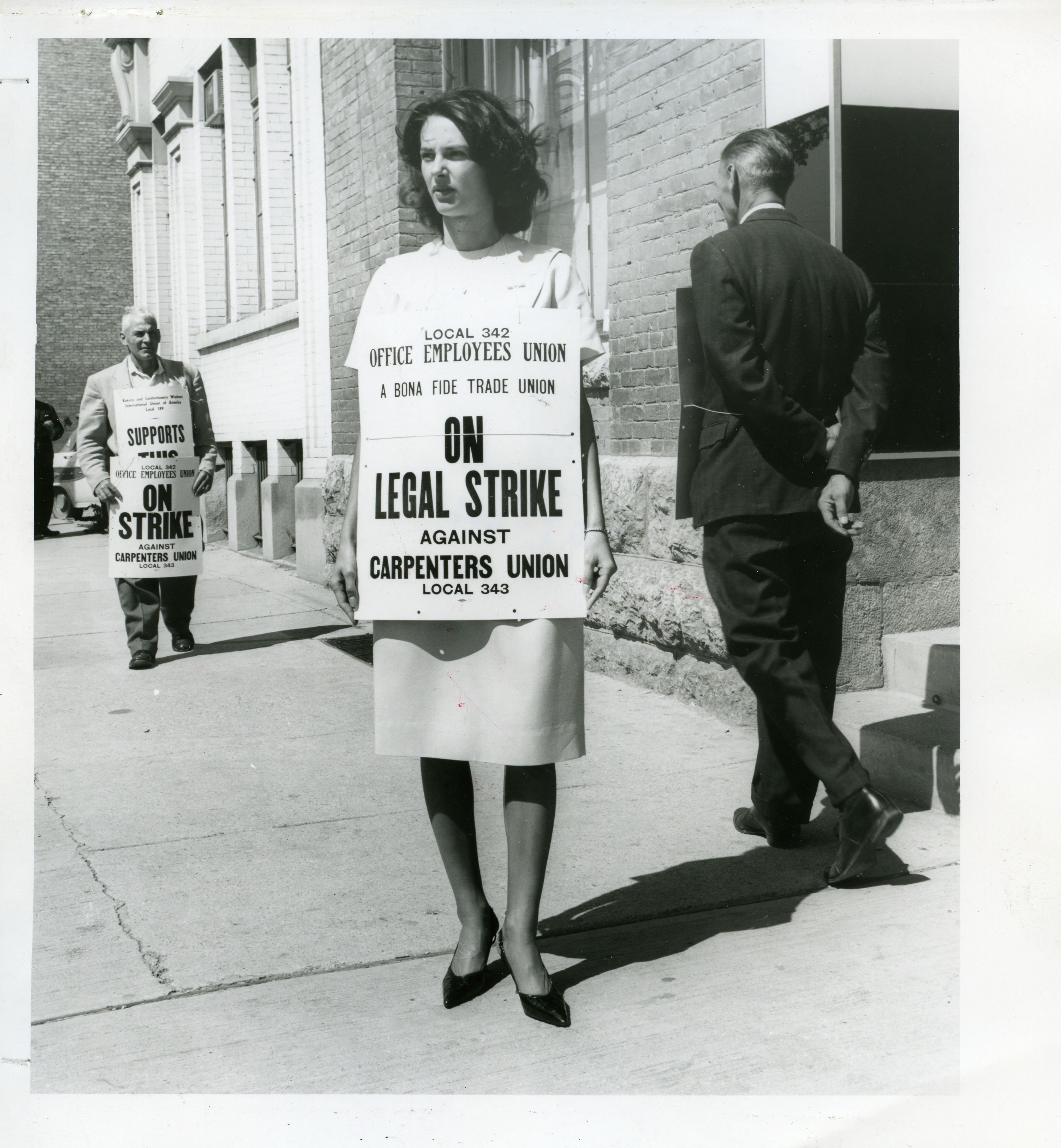 By Kunal Rajpal
Image by University of Manitoba Archives and Special Collections August 24, 2021

This summer, Julia Smith, assistant professor in the labour studies department, and Hannah Guenther-Wexler, an undergraduate labour studies student, are researching the history of feminist labour activism in Manitoba in the 1970s and ’80s.

Smith explained that the pair were tackling a lacuna in labour discourse. Smith and Guenther-Wexler are building on the growing interest in society to reveal gender inequalities by studying the intersection of feminist labour activism and the grassroots movements located in Manitoba as they emerged in the ’70s and ’80s.

“There’s not a lot that has been written about this topic, so […] it’s been really fun and exciting,” Smith said.

“Feminist labour activism is [defined as] women who were working on organizing around issues around gender inequality but putting work and labour issues at the centre of that. So, making connections between the inequality that women experienced kind of in broader society […] connecting that to the inequality they faced in the workplace.”

Feminist labour activism reached prominence in the ’70s and ’80s, as the previous decades brought with it the second wave of the women’s movement.

“There is definitely an uptick in overtly feminist activism in the ’60s and ’70s,” Smith said.

“And so, what you see in the ’70s and ’80s is women who are organizing around those issues in the workplace, but also in unions.”

People may assume that gender inequalities in the workplace are a relic of the distant past. However, history moves slower than some would expect.

In July, the Canadian Labour Congress elected the second woman to be president in its history. The Canadian Labour Congress is the largest labour organization in the country and brings together unions of all sizes to represent more than 3 million workers. Its first female president, Shirley Carr, was elected in 1986 and serves as an example of the turning tides of the decades Smith and Guenther-Wexler are studying. The incumbent, Bea Bruske, was formerly a labour activist from Winnipeg.

Smith highlighted that Manitoba is starting to see some national recognition for its feminist labour activism in Bea Bruske.

“A lot of stuff tends to focus on bigger cities, right,” Smith said.

“Vancouver, Montreal, Toronto — what’s happening there. And that can lead to the idea that there’s nothing happening in Winnipeg. Which, of course, anyone who knows anything about Winnipeg, or Winnipeg’s history, knows that there’s a long history of labour activism [and] of feminist activism.”

Guenther-Wexler emphasized that many of the labour and women’s movement successes in larger cities were also fought in Manitoba.

“There are very similar patterns in how the movement developed in each of those places that it also developed here,” Guenther-Wexler said.

In her research, Guenther-Wexler found a group close to home.

“One group we found was the Winnipeg Women’s Liberation,” she said.

“They started at the U of M, with students as well as a professor […] They were a feminist group, but they really focused on labour issues. They published newsletters to their membership base.”

Smith has been relying on her research assistant to explore the landscape of Manitoban feminist labour activism. “Hannah [Guenther-Wexler] is really focused on kind of doing like a fact-finding mission,” Smith said.

“[Guenther-Wexler is] going through newsletters, identifying groups, identifying activists, identifying strikes […] mapping out what was the feminist labour scene in Manitoba and this time period.”

Smith said that the modern work force has been shaped by the actions of past activists.

“Most students are workers and either are working now, or will end up being workers,” Smith said.

“All the things that we experience as workers in Canada today […] from health and safety protections to the minimum wage, all of those things have come about as a result of people’s organizing and activism on these issues.”