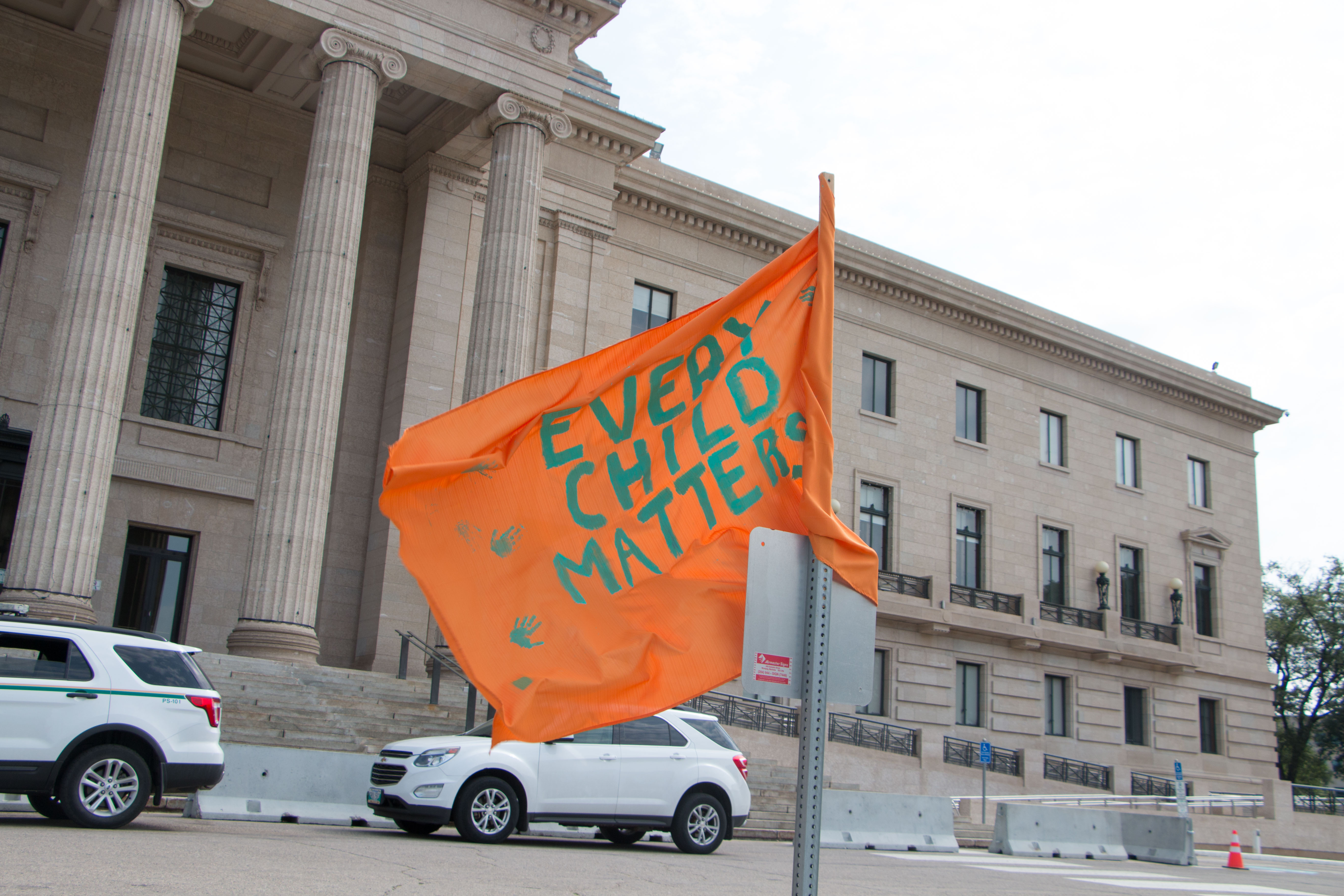 In June 2021, Sean Carleton, assistant professor in the departments of history and Native studies, published an article about former Canadian senator Lynn Beyak’s denialism of the atrocities that took place in residential schools. In the weeks since Carleton’s publication, denialism of the harms that took place at residential schools have come to the forefront of our cultural attention.

Recent comments made by Manitoba Premier Brian Pallister, as well as the resulting resignation of the Indigenous and northern relations minster and the denialist comments made by the incumbent minister have made understanding the scholarship underlying residential school denialism imperative to a society prioritizing reconciliation.

Carleton’s research looks at the history of settler colonialism and Indian residential schools, specifically in British Columbia, while also considering the context of western Canada.

“One of the things that I kept coming up against in my own research,” Carleton said, “[which focuses on] the late 19th and early 20th centuries, is how officials at the time engaged in practices almost […] to deliberately present the system in the best possible light to see it through a humanitarian lens.”

“They were saying things like […] these [schools] are well intentioned. There may be some children who are dying, there may be some spread of disease, but overall, and this is a quote from one of the Department of Indian Affairs officials, that the ‘investment was worth it overall.’”

Carleton’s research has tracked the discourse of denialism, including public discourse discrediting Indigenous voices that have raised concerns about the practices of residential schools since the early 1880s.

“All of the problems were well known,” Carleton said, “even in the Department of Indian Affairs.”

“Open public records [showed] deaths, disease, accidents, large-scale resistance by students and parents — from running away, to boycotting, to even trying to burn down the school, sometimes successfully — and how officials responded to all of that in a way that tried to minimize, discredit, downplay and deny [in order] to keep the system going as a tool of settler colonialism and Canadian nation-building.”

“Senator Lynn Beyak was sort of […] a cause célèbre for residential school denialism. She was the public face of it.”

Beyak was launched into infamy when she asserted a desire to measure the “good, as well as the bad, of residential schools,” that people focus on the “bad” for political reasons and that “the Truth and Reconciliation Report was not as balanced as it should be.” Later, she dedicated space on her senate website to catalogue letters from Canadians who agreed with her denialist understanding of residential schools, including derogatory statements about Indigenous peoples.

“If I can sum it up for you,” Carleton said, “denialism is an attack on putting truth before reconciliation.

If the goal is to put truth before reconciliation, denialism is trying to prevent us from doing that.”

In his research, Carleton finds residential school denialism among politicians, academics, in news outlets and online. “I think we need to really grapple with the fact that denialism speaks to people across political spectrums,” Carleton said.

“It’s not just a right-wing issue […] I think it is sort of a defensive mechanism for a lot of non-Indigenous people who, upon learning the truth, that […] Canada was created through these nefarious policies, including the genocidal residential school system. People, when they confront that truth, are very unsettled and uncomfortable.”

Carleton explains that “there are a variety of tools at our disposal” for confronting denialists. “My job as an instructor is to be balanced […] My job is not to teach people what to think. It’s how to […] think about everything critically.”

While Carleton aims to produce useful scholarship in the disciplines of history and Indigenous studies, his role as a self-described public intellectual requires a different focus.

“[I] use the work that I do to engage in public dialogue,” Carleton said. “Whether that’s writing op-eds for the Globe and Mail or other avenues that I’ve written for. I see Twitter as an extension of that public-facing work.”

On Twitter, Carleton has been very vocal about his disagreement with denialist statements made by elected officials in the provincial government.

Recently, Pallister commented on the July 1 demonstrations at the Manitoba Legislative Building which resulted in the toppling of the Queen Victoria and the Queen Elizabeth II statues.

Pallister was criticized, in part, for stating, “The people who came here to this country, before it was a country and since, didn’t come here to destroy anything. They came here to build. They came to build better.”

In response, Carleton said that one of the things talked about in his introductory courses in both history and Native studies is understanding that “settler colonialism is fundamentally predicated on building by destroying. It is about […] undercutting Indigenous lifeways that root them in the land and the resources, moving [Indigenous peoples] to small reserves to open up the land for settlement to build.”

Carleton said the premier’s comments “[allow] a lot of Manitobans who are feeling pretty uncomfortable over the last couple of weeks [to] say, ‘Yeah, we didn’t come here to destroy, we came here to build.’” This rationalization allows Manitobans to avoid undertaking meaningful efforts to “establish more reciprocal relations.”

“[Reconciliation] requires a rethinking of our history and our relations to Indigenous people in the present,” Carleton said. “If you listen to Murray Sinclair, he said that reconciliation is a generational project — it’s not going to happen overnight.”

“My personal philosophy has been that most people, I think, want the truth. They want to understand [and] they want to be part of the solution. They want to work toward reconciliation and actually figure out how to strengthen relations.

“I see that in my students, to be honest. I draw that inspiration from them.”