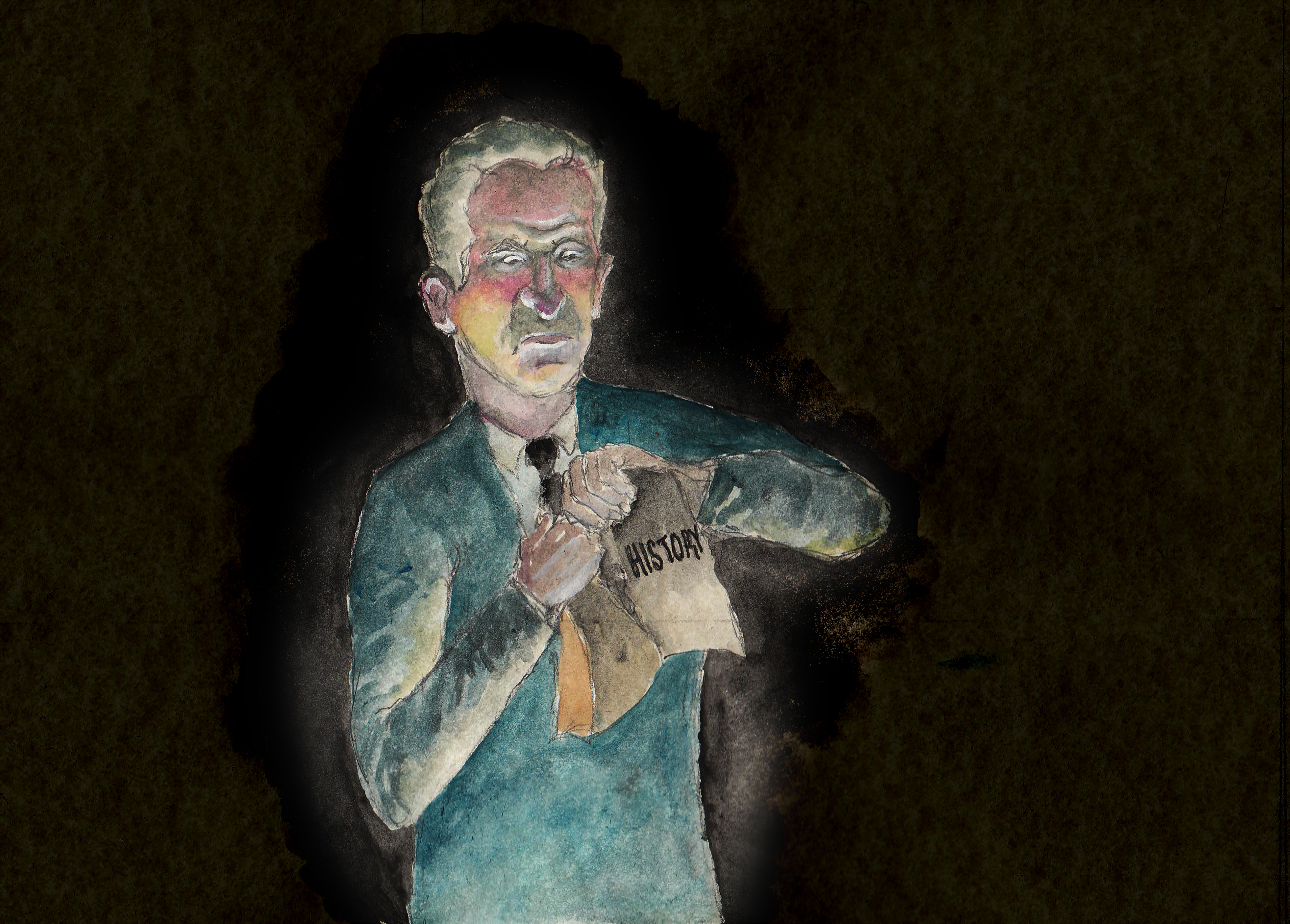 The famed poet T. S. Eliot once remarked that April is the cruelest month, but the recent spate of comments on residential schools and Canadian history by the Progressive Conservative Party of Manitoba puts forward a compelling argument that it should be July instead.

On July 7, Premier Brian Pallister opened a press conference with mention of the toppling of two statues on legislative grounds during a July 1 march in memory of residential school victims. Over 1,000 graves had been discovered on or near residential school sites around the country, sparking widespread mourning and a national push to cancel Canada Day celebrations.

During the press conference, Pallister made a series of appalling statements, most notably that “The people who came here to this country, before it was a country and since, didn’t come here to destroy anything, they came here to build.” A week later, he doubled down, saying he stood by his comments and told Manitobans to reread his comments with “an objective heart and mind” despite the resignation of Eileen Clarke — the provincial Indigenous and northern relations minister — a few days earlier.

Clarke later released a statement saying her decision was due, in part, to her voice not being heard in cabinet. While the release never explicitly mentioned Pallister or his comments, it made reference to constituents across the province upset with a perceived lack of representation and noted that “Inappropriate words and actions can be very damaging.”

Clarke’s replacement, Alan Lagimodiere, caused another uproar — just minutes after being sworn in on July 15 — when he said residential schools were intended to teach Indigenous children skills to fit into society. He also articulated that he believed administrators “thought they were doing the right thing.”

Unlike Pallister, Lagimodiere apologized for his comments via Twitter a few hours later and a press release the next day. That did not stop the official Manitoba PC caucus Twitter account from releasing a tweet condemning Wab Kinew, who interrupted Lagimodiere’s press conference to hold him accountable for his statements.

“We are all committed to meaningful progress on reconciliation,” the now-deleted tweet read. “The political showmanship of storming into someone else’s press conference to bully a minister who was sworn in only 10 minutes earlier does nothing to advance that reconciliation.”

One might call the situation a comedy of errors if it were even remotely amusing.

Pallister and Lagimodiere’s comments reflect a delusional view of Canadian history — one which upholds white supremacy and genocide as unintentional. The most cursory glance through any reputable history textbook — with which Pallister should be familiar, given how often he talks about his past as a teacher — is enough to demonstrate that European settlers moved to what is now Canada with the express purpose of expanding white imperial control. Hundreds of thousands of historical government documents depict a blatantly racist attitude toward Indigenous nations and discuss plans for total assimilation into the dominant white Anglo-Saxon Protestant society. The last residential school closed in 1996, only 25 years ago, and the Truth and Reconciliation Commission of Canada and the National Centre for Truth and Reconciliation have spent over a decade collecting evidence and testimony of the horrors perpetrated by residential schools.

This is not new knowledge. There is no excuse for continuing to pretend other narratives are accurate. At best, the PCs, under Pallister, have shown themselves to be jaw-droppingly ignorant and at least 50 years out of date. At worst, they appear deliberately malicious toward the community they claim to serve.

Even if Pallister and Lagimodiere’s comments could be taken in good faith, which they should not be, the broader context of the quotes makes the situation even more unforgivable.

Of all the times to publicly repeat racist, genocidal misinformation about residential schools and Indigenous history, it is mind boggling that Pallister and Lagimodiere saw fit to do so in response to nationwide protests and memorials for deceased children. In Manitoba alone, 104 potential graves have been identified near the grounds of the former residential school in Brandon. How can any Indigenous communities in Manitoba trust the PCs after receiving this kind of response?

Though Pallister has repeatedly defended his efforts toward reconciliation — all the while doubling down on his statements — his and his minister’s behaviour reflects a party that can’t even be trusted to pay lip service to Manitoba’s Indigenous populations without adding insult to already grievous injury. With voters waiting patiently for the next election set for 2023, one can only hope that at some point the PCs will develop a moral compass and force Pallister to resign. Until then, efforts toward reconciliation in Manitoba will be pointless with him at the helm.