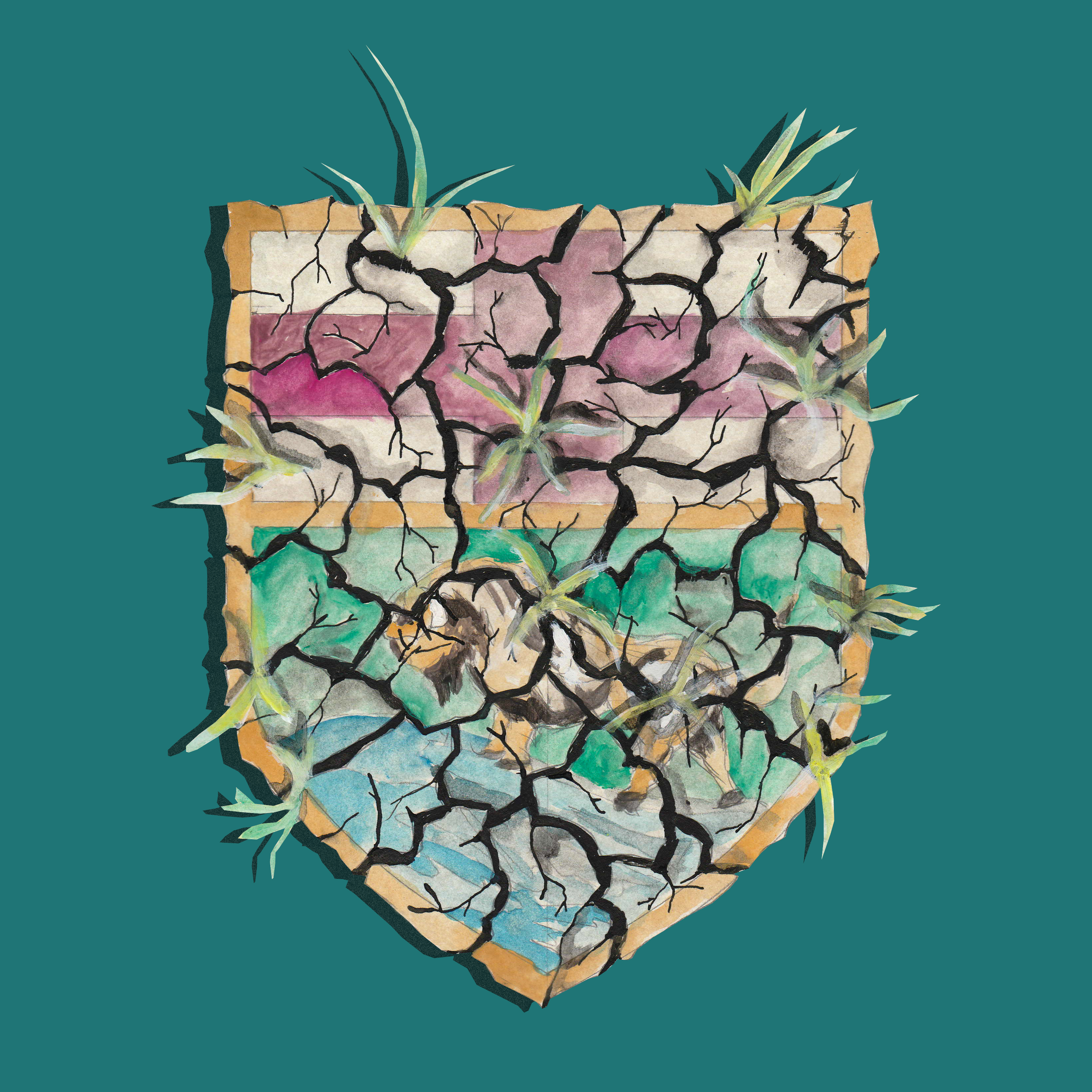 As Winnipeggers funnel into air-conditioned buildings to stave off record-breaking heatwaves, Manitoba’s farmers are facing a much deeper crisis.

For avid small talkers who love to discuss the weather, the low river and empty floodways during flood season were the first indications that Manitoba was going to have a summer of extreme conditions. Then the aphids appeared — a small insect that thrives in hot, dry weather — lathering Winnipeg’s canopy with sticky gunk. Finally, reality of the drought’s devastation struck when the West Coast of North America erupted in flames following a heatwave that stretched across several borders earlier this summer.

On July 5, just days after the heatwave, St. Laurent, Man. declared an agricultural state of disaster as potential crop yields continued to dwindle in the face of high aridity and soil exhaustion. Armstrong, Man. was the second rural municipality to declare a state of agricultural disaster on July 9, but it is likely not the last.

As Manitoba’s farmers fight to stay afloat with the support of only 40 per cent of Manitoba’s natural rainfall, a grasshopper infestation — produced by the dry conditions — has begun eating away at the limited vegetables, grains and oats farmers have managed to grow.

Due to the heat and the grasshoppers, a significant portion of crops that are often recycled as feed for cattle have been lost. Many farmers are being forced to cut their losses and sell their herds. Some have decided to prematurely cut their crops to bundle their feed in order to keep their livestock through the winter — forcing them to lose large portions of their annual incomes.

The ecological disaster and its consequential financial impact has stimulated discussions with the provincial government about financial aid to keep the province’s large agricultural sector healthy. However, subsidies for lost incomes should go a step further.

Although droughts have been prevalent across North America throughout the 21st century, this year is shaping up to be the driest in the last century. Record-breaking heat and inconsistent rain due to global warming — compounded by exhaustive industrial agriculture — are destroying the soils, stripping them of nutrients at a rate incomparable to any other period in modern history. Humanity and our methods of production, accumulation and distribution has spurned a new geological epoch now visibly discernable in the stratigraphic record. If the weather continues to become increasingly unpredictable due to our ecological impacts, then something must be done to create a more sustainable and predictable agricultural sector.

The provincial government should take time to consider the benefits of establishing a fund dedicated to farmers who want to transition their efforts away from the unsustainable methods of industrial monoculture cropping that have proven to be unstable during this perilous drought. Although much more expensive and labour intensive, permaculture cropping adopts a land management system dedicated to farming based on a balanced ecosystem that can thrive through tough environmental conditions without the assistance of expensive and detrimental inputs of herbicide, pesticide and artificial fertilizer.

In other words, instead of planting one cash crop that is easy to harvest but tough on the environment, the agricultural sector should look toward planting crops and vegetation that mutually complement each other in their ecological contexts.

Monoculture industrial farmers typically try to avoid using pesticides due to their damaging effects on the ecosystems that surround their plots. However, if the dry conditions and the infestations persist, many farmers — without the capacity to produce natural solutions to the crisis — may have to bite the bullet to protect their livelihood in the short term.

As many biologists from around the world have concluded, killing back pests with artificial products stunts local ecology and the environment’s natural ability to balance itself. Using pesticides kills off vital food sources for various predators, thus unintentionally killing various other species and reproducing the conditions for much worse infestations in the future. Destroying biodiversity is exactly what farmers need to avoid during these periods of agricultural crisis.

By adapting to living with pests and drought, farmers will be investing in the longevity of their yields while simultaneously reducing their industrial emissions. Transitioning into a labour-intensive permaculture system will be a crucial step in making the future of the planet green, but the transition must start with incentives and funding from federal and provincial coffers.

Fundamentally, it is up to farmers to make their decisions in conjunction with government bodies. However, the world is not fixing itself, and sustainable agriculture is a good first step at mitigating the public calamities that lie ahead.