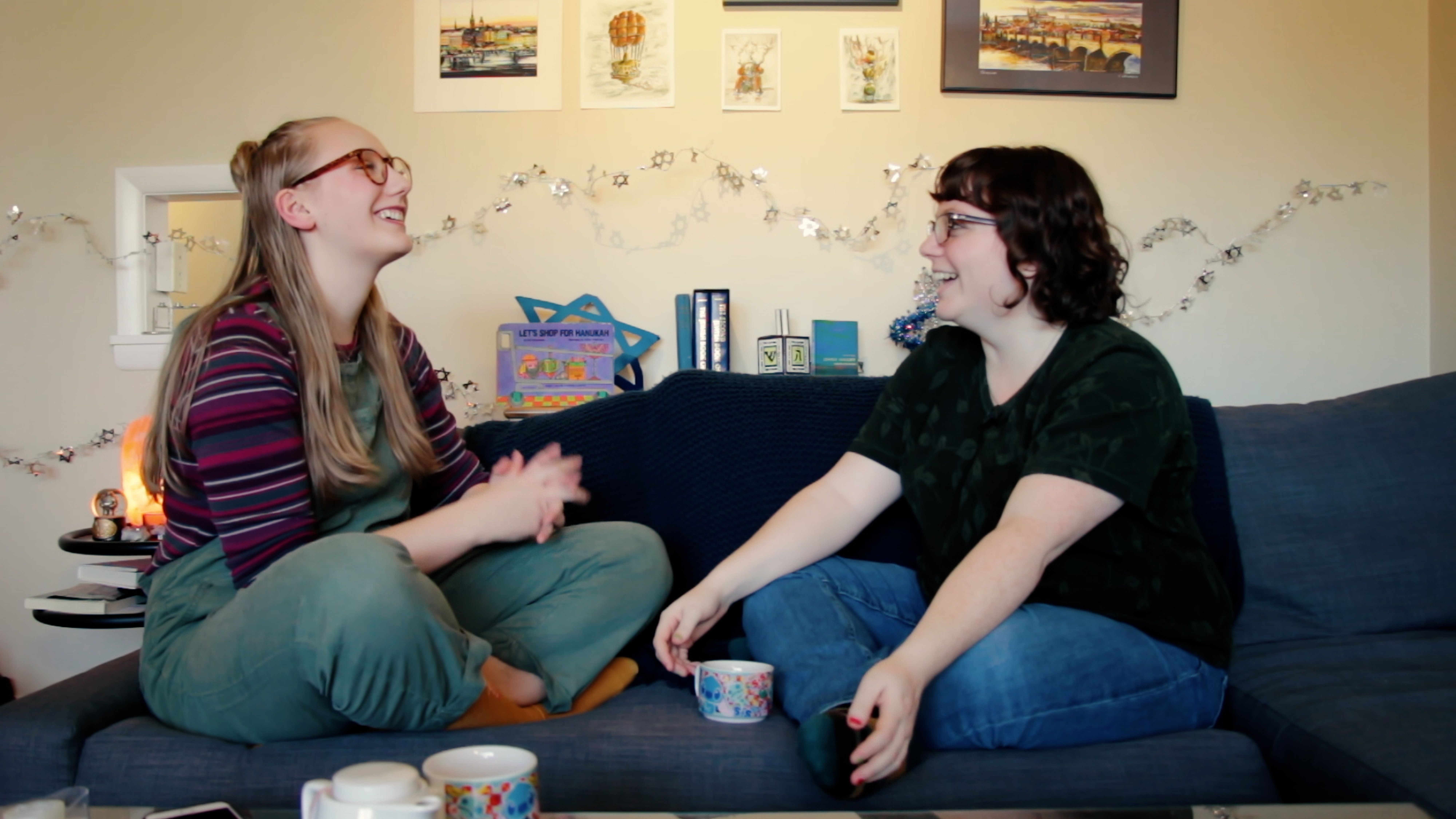 This year’s Gimli Film Festival is premiering many fantastic films by local creators, and one of them is Ma Nishma Manitoba. Co-directed by Sara Bulloch and Johanna Reimer-Henteleff, Ma Nishma Manitoba explores contemporary Jewish identity and history within Manitoba through interviews with members of Winnipeg’s Jewish community as well as the co-directors’ personal experiences.

Both Bulloch and Reimer-Henteleff have backgrounds in film, but from differing perspectives — Bulloch studied film while attending the Asper School of Business at the University of Manitoba and Reimer-Henteleff studied fine art at OCAD University prior to entering the film industry. The two began collaborating on Ma Nishma Manitoba with a grant through the Gimli Film Festival in 2019.

Coming from interfaith backgrounds, which include Judaism, Bulloch and Reimer-Henteleff wanted to use this project as an opportunity to explore not only their own senses of identity, but that of other Jewish Manitobans. Ultimately, Ma Nishma Manitoba underscores the diversity of cultural and religious practices surrounding Judaism in a contemporary world.

“We wanted to try to get a decent amount of different experiences just in terms of background and stuff, which was definitely a challenge,” Reimer-Henteleff said. “I don’t want people to view Jews as a monolith.”

In conversation, the co-directors also mentioned that there were groups they wanted to represent more in Ma Nishma Manitoba, such as Jewish people of colour and individuals from orthodox communities.

“Ma Nishma” is a Hebrew phrase Bulloch stumbled upon while doing research for the film, which is most commonly translated to “What’s new?” in English. Reimer-Henteleff said, “[‘Ma Nishma’ is] very close to ‘Mah Nishtanah,’ which [are] the four questions in Passover […] I like that connection between the two, that little moment of religiosity, but not exactly. It’s a little bit off and a little bit more fun.”

The filming of Ma Nishma Manitoba was also heavily impacted by COVID-19’s arrival in Manitoba. Filming during the pandemic became a challenge for Bulloch and Reimer-Henteleff to conquer as public health restrictions impacted their ability to conduct interviews.

Bulloch said, “initially, it was supposed to be a six-month timeline [to film], but because of the COVID pandemic it ended up being a year and a half.”

“There was one particular month where three of our interviews got cancelled,” Reimer-Henteleff said. “[COVID-19] made it just a lot more stressful [but] I’m proud that we persevered and got through it and got it finished though, despite all that.”

Ma Nishma Manitoba’s co-directors concluded with messages of encouragement to anyone who may be interested in exploring their own cultures.

“Doing your own version of this feels really nice to learn more and just kind of feel a bit more connected with it in your own way,” said Bulloch.

“Especially if [the] culture that you’re in has been through some kind of assimilation, you lose so much of that without even knowing […] you never know what you might find out.”

Ma Nishma Manitoba is available to view for free on gimlifilm.com until July 25.

The Good, The Bad, and the Critic