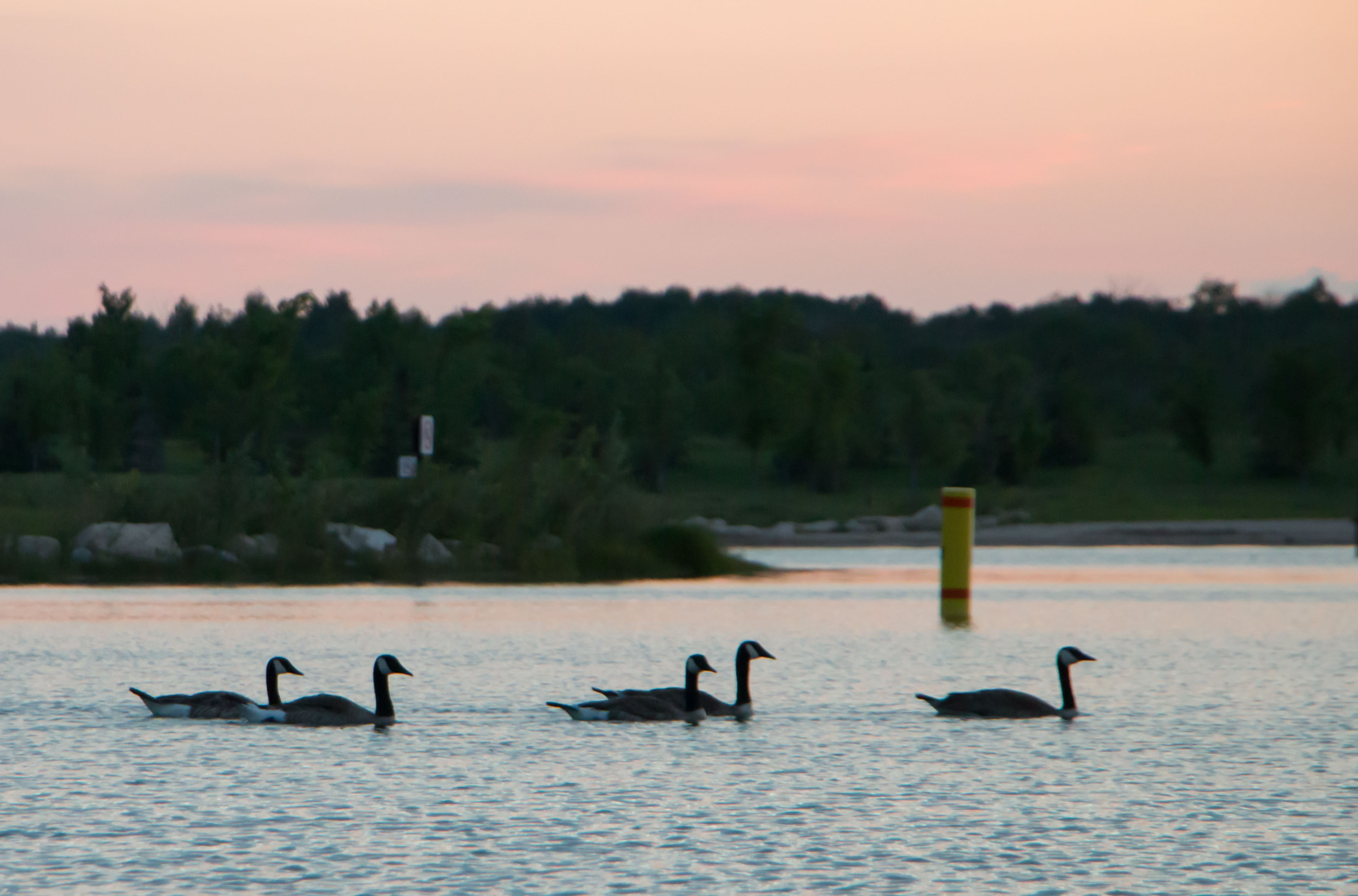 If you are a student or staff member at the University of Manitoba, you have probably received an email from Fran Mulhall asking you to participate in a research study about public perception of Canada geese on campus.

The research started from a place of fiery opinions of Canada geese on campus and how to effectively coexist and cooperate with the natural world.

“I knew that, in the past, there had been some very strong differences of opinion about the geese on campus and what should be done [about them],” Mulhall said.

“And the whole […] premise of human dimensions work is to objectively listen to people’s attitudes and to learn […] the different values that people have toward wildlife, and then to use that information to help inform decisions. And so this seemed like a perfect opportunity to do that.”

Mulhall’s experiences in the field led her to the human dimensions approach.

“I attended the Banff field course a couple years ago and that’s when I was first introduced to this field of study called human dimensions,” Mulhall said.

“And so, through that course, I kind of developed this interest […] and I kind of just continued, I guess, from there.”

Mulhall explained that the theoretical underpinnings of her study stem from a cognitive hierarchy framework. This framework understands people’s values as being qualities. These qualities, Mulhall said, “typically are influenced by our surroundings.”

“As we […] expand our worldviews and whatnot, we then develop opinions, and opinions are influenced by these foundational values,” she said.

“But [these] opinions we use to sort of navigate very specific situations. So, the field of research and human dimensions is based very heavily on this cognitive hierarchy framework.

“Human dimensions […] takes a bit from the fields of psychology and social sciences and it examines the relationship and influences or effects of humans on wildlife and their habitats. Through that examination, it then seeks to understand how people’s values about wildlife might influence their actions toward wildlife.”

Within human dimensions research, some scholars focus on wildlife value orientations. Mulhall explained that there is a spectrum of values people have toward wildlife.

“Typically they can kind of range from doministic, which is [the idea that] animals are there for humans’ benefit, to something that’s perhaps more mutualistic,” she said.

Mulhall hopes that her research could have an impact on how the University of Manitoba manages Canada geese on campus.

“I do plan on presenting the findings to the sustainability office for their consideration,” Mulhall said.

“I think this type of work is valuable because […] there’s a growing expectation for the public or the users of a certain resource to be involved in decisions about that resource.”

Those expectations allow Mulhall’s research to help bridge a gap between the public and policy.

“This [research] is all about listening to the views of people who interact with wildlife, and then to document that in a representative way so that it can be included as part of the decision-making about wildlife,” she said.

Mulhall is confident that student and staff opinions of Canada geese have not changed substantially because of the necessity to work remotely for the past year.

“I think in a place like Winnipeg, most people interact with geese on a pretty regular basis, whether they’re on campus or not,” Mulhall said.

“So, their values about geese as a wild animal, those will sort of translate, whatever the geographical location that they may encounter geese.”

Like many Manitobans, Mulhall has a long history with the treacherous waterfowl.

“I grew up in a rural setting, and, you know, encounters with wild animals was not out of the ordinary for me,” Mulhall explained.

“[When you are] younger, you get too close to geese, and they will spread their wings and hiss at you […] but I’ve never actually had a negative encounter with geese.”

Mulhall explained that the notion of wildlife management reveals an inherent perception of conflict between humans and wildlife.

“Wildlife are managed really because there [are] people involved,” Mulhall said.

“By better understanding people, we can make better decisions for wildlife.”

Students and staff that received an invitation via email are invited to complete the questionnaire by July 4.