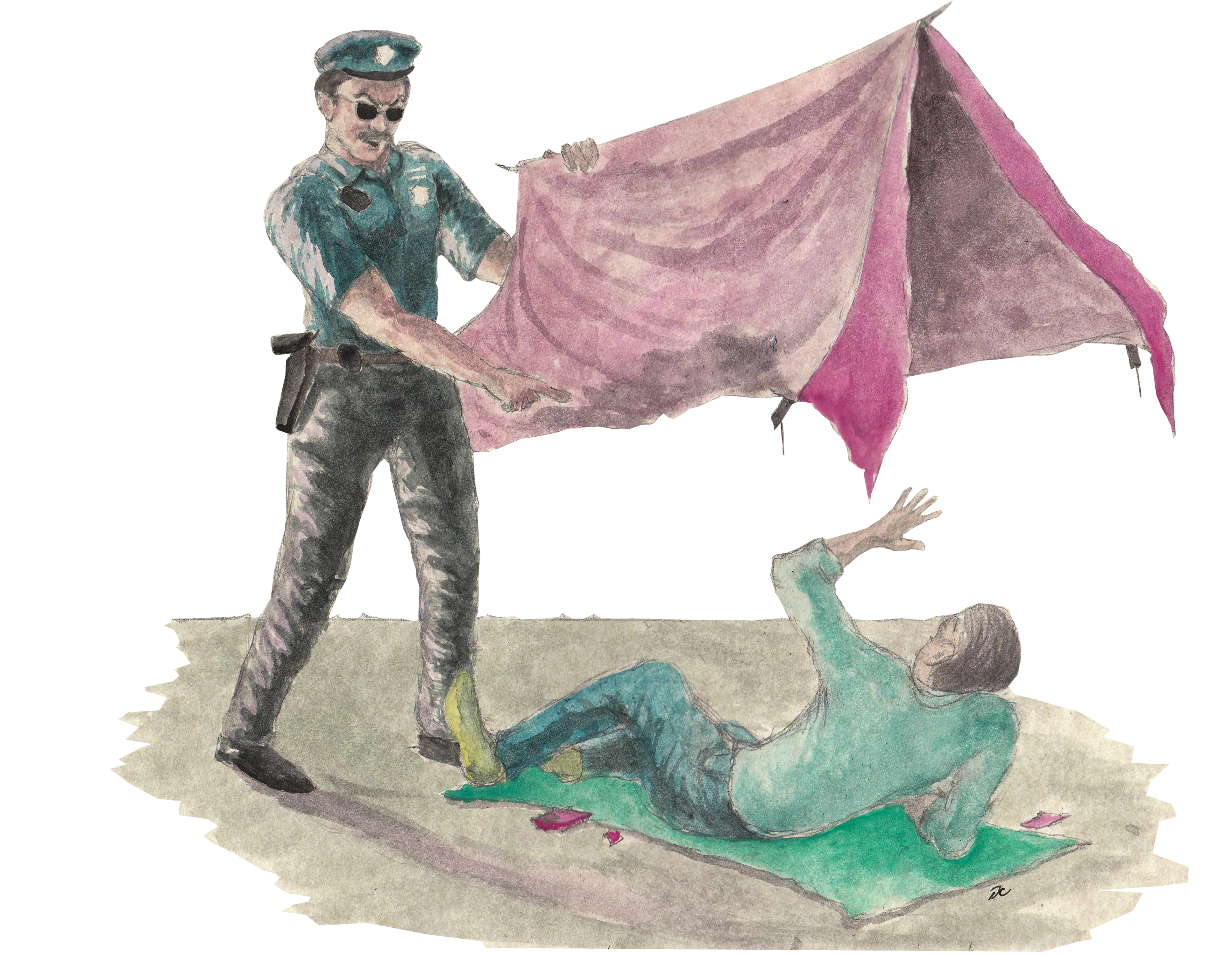 The encampment evictions of a houseless community residing in the Trinity Bellwoods Park in Toronto, Ont. drew attention from houseless advocates on June 22. The evictions were but one example of a growing encampment trend across Canada.

Last week Toronto mayor John Tory enacted orders to evict the encampment with private and public police and security services propped up with expensive paramilitary gear. The encampment — which served as a peaceful community for the houseless people that occupied it — was encircled by police on horses. Some demonstrators were pepper sprayed and others managed to walk away unscathed physically yet devastated by the forceful hands that ripped them from their community.

The spectacle served to illuminate the detestable fact that Toronto’s municipal government spends more than twice as much on unnecessary police budgets than they do on affordable housing initiatives — money that could have been used to provide social assistance instead of coercively enforcing property laws.

The unpopularity of the evictions appeared to sit consciously in the minds of local officials considering the police force made a clear attempt to insulate itself from media coverage and public descent. Before pursuing the encampment, officers erected a large fence supposedly to protect expected protesters at the site.

A local photojournalist, Ian Willms, was arrested after climbing the fence to cover the evictions. The police later explained, “Media are not exempt from restrictions put in place for people’s safety in the same way they are not permitted to enter other police or crime scenes.” However, this was not a crime scene — it was a forceful removal of people from their chosen community within a municipality that had failed to provide for their basic human right to affordable housing.

Toronto is not the sole bearer of this abhorrent trend of encampment dismantlement. The disputes were reminiscent of similar evictions that took place in Winnipeg last summer and serve as a stark reminder that the housing crisis is a national issue of concern. Similarly, Montreal, Que. and Vancouver, B.C. have had their own housing issues with encampments sporadically popping up before being ripped down by municipal officials. “We will be playing cat-and-mouse throughout the summer,” said Montreal camp resident Guylain Levasseur in an interview with the Globe and Mail. “We will find somewhere else to go. We are humans who need a place to live.”

There are reasonable solutions to housing issues, and it starts with treating shelter as a fundamental right as opposed to a commodity. The notion that there is a housing shortage in Canada is a fictitious presumption meant to prop up an unsustainable economy that relies on the constant growth of the housing market to survive. As a matter of fact, there is a massive housing surplus. From data collected in 2019, Canada’s vacant home rates reached approximately nine per cent of the entire housing market, meaning tens of thousands of houses remain vacant in each major city across the nation, yet there has been minimal effort to correct this trend and provide adequate shelter to the most vulnerable.

Instead, housing remains one of the largest and fastest growing industries in Canada. Approximately 76 per cent of Canada’s wealth was tied to the housing market by 2018 — a fact that is not likely to change anytime soon. As of March 2021, the price of houses inflated approximately 32 per cent from last year, igniting fears that the housing bubble — which was created from years of fast-paced inflation caused by extremely low interest rates on housing loans — could pop soon. For those with adjustable rates on their mortgages, this could mean a crashing adjustment that leaves them helplessly exposed to the callously cold pressures of debt finance. In sum, leaving housing up to market forces has never been of benefit to working people and instead has been a central cog in the expansion of wealth inequality — should the bubble pop, encampment numbers could rise.

Currently, Canada is propped up by a uniquely fictitious economy. Considering three-fourths of the economy relies on the housing sector in some fashion, it can be deduced, without surprise, that most of the economy is also propelled by debt. Take, for example, how the production and consumption of housing works — a development company takes out a loan from a big bank to buy land and build housing which it pays off with a rate of return. To be able to make the development attractive to the bank they must sell the house to consumers. These consumers then go to the same financial institutions that also financed the production of the houses to take out mortgages to buy those houses. In this way, financial institutions are funding both the production and consumption of houses within this market.

The fundamental question is, if we can balance Canada’s economy on such a precarious position that relies on the circulation of fake money, why can we not provide housing as a right?

Withholding housing is a political choice, not a matter of fact. Canada should stray from market orthodoxy and commit to a plan of de-commodifying shelter — if it doesn’t, underhoused communities will most certainly proliferate with time.