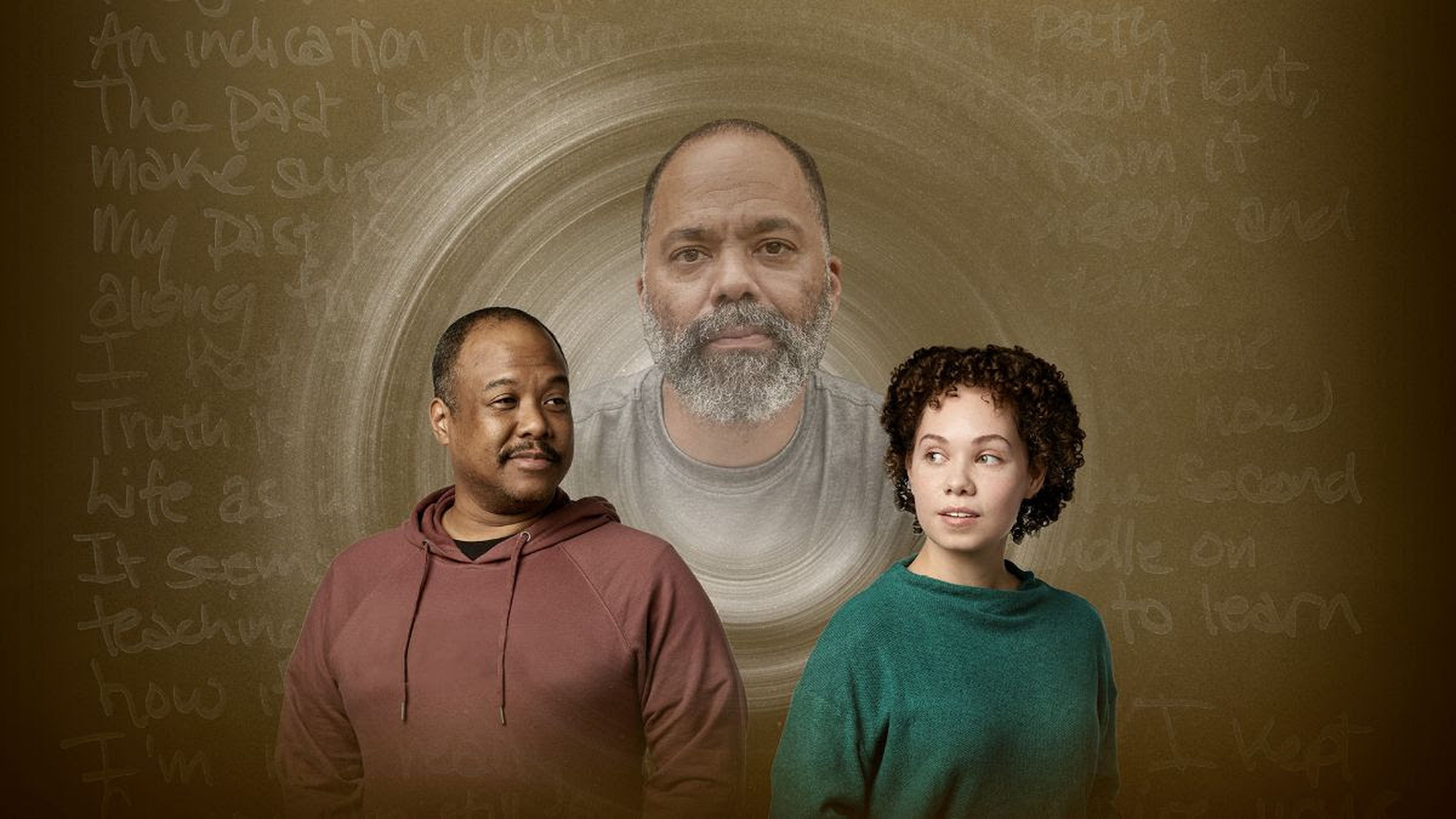 The final digital production of Prairie Theatre Exchange’s 2020-21 season is the world premiere of VOICE, the debut work from journalist, radio host and hip-hop artist Ismaila Alfa. Born in Nigeria, raised in Winnipeg and currently residing in Toronto, Ont., Alfa is the current voice of CBC Radio One’s Metro Morning.

On the day he landed in Toronto for a job interview, the world came to a screeching halt with the onset of the COVID-19 pandemic. Not long afterward, the murder of George Floyd and the shooting of Jacob Blake led to calls for social reform on a national and global scale. It was during this period, while separated from his family in Winnipeg and alone with his thoughts and worries, that Alfa started the writing process.

Described as “a father’s love letter to his daughters,” VOICE is not your traditional theatre piece, but a nearly hour-long dynamic explosion of poetry, spoken word and beatboxing.

In a recent release, Alfa said, “this play was inspired by my kids, this past year and the reckoning around racism and police brutality […] VOICE is a culmination of my need to make sense of it all and teach my kids enough that they are able to live a good and safe life.”

Alfa’s words are electrifying, frank and unapologetic, providing raw insight into how people of colour, but more specifically the Black community, experience racism in Canada and how it shapes who we are. There are too many poignant lines in the play to list, but one that struck a chord was: “I had an identity thrust upon me before I was even old enough to need ID.”

Though he is not physically present onstage, Alfa himself is a character in this story, his own pre-recorded voice ringing as clear and perfect as a silver bell, touching on a range of topics like capitalism, fatherhood, human connection, the immigrant experience and more. Local actors Ray Strachan and Melissa Langdon bring his words to life, responding to his perfect prose with subtle actions and engaging facial expressions dictated by director Cherissa Richards’s artistic vision.

In her director’s notes, Richards said, “this is a unique coming-together of the first home-grown local Black playwright, local Black actors and local Black director to ever create art on the Prairie Theatre Exchange stage in its almost 50-year history.

“I celebrate this moment of Black artistry and I celebrate the talented allies who have joined us in this incredible collaboration. This is the future of theatre; uplifting the voices of people of colour who have not had the chance to tell their stories and have them heard loud and proud.”

The show was workshopped, rehearsed and recorded entirely during the COVID-19 pandemic. Ice River Films did a stellar job of filming the performance, mimicking the experience of being in a theatre while utilizing cinematic techniques, such as the use of match cuts and ability to capture smaller, subtler moments and movements, like twitching fingers and falling tears.

The lighting and set were simple, yet powerful, allowing the audience’s imagination to fill in the details while focusing their attention on the pair of physically distant actors and Alfa’s riveting words. The sounds of the beatboxing and humming were haunting and instrumental in creating an introspective, almost spiritual tone.

All aspects of the digital play fit together seamlessly and effortlessly to draw the audience into the experiences, thoughts and feelings of the voiceless others in Canadian society.

In short, VOICE will leave you speechless.

Prairie Theatre Exchange’s virtual production of Ismaila Alfa’s VOICE is available for viewing until July 11. To learn more about the show and for ticketing information, please visit pte.mb.ca.