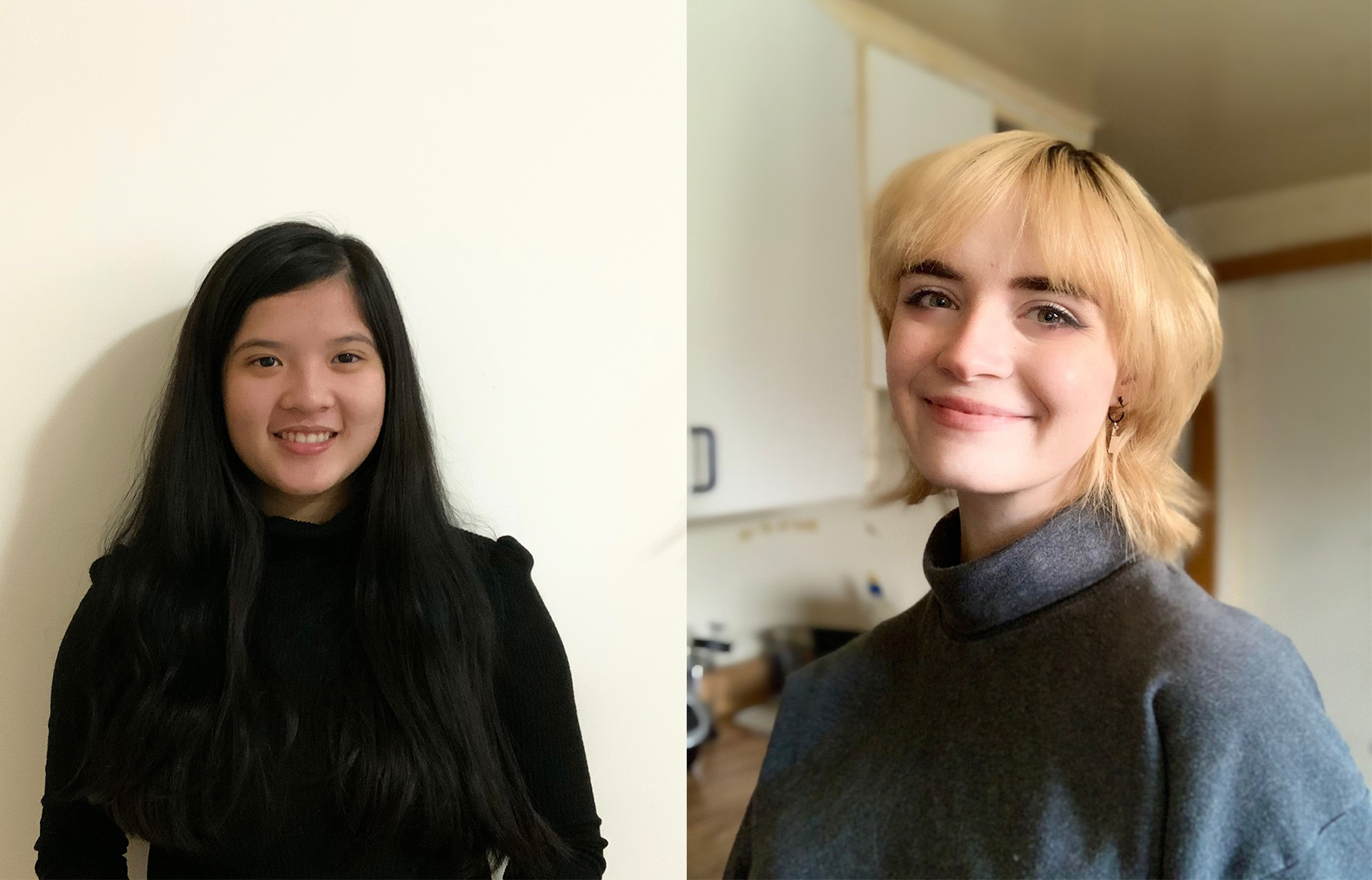 The University of Manitoba’s theatre program is gearing up for performances of Poof! by Pulitzer Prize-winning playwright Lynn Nottage. This is the program’s second Lunch B.H.A.G.G. show — the first was a production of Friedrich Dürrenmatt’s Conversation at Night with a Despised Character, which occurred back in February.

In a normal year, the series of one-act, student-directed plays would traditionally contain five different shows, all performed at lunch hour with a single evening performance. Audiences have the option of bringing food and having lunch at the performances. However, with the pandemic situation, the Lunch B.H.A.G.G. series is occurring virtually.

Poof! is about housewife Loureen, who has inadvertently caused her abusive husband to spontaneously combust into a pile of ashes, and her friend, Florence, who is there to help her work through the tragedy and imagine a life without him.

The play is directed by a duo of passionate second-year theatre students, Sadie Kornovski and Jonalyn Basconcillo. While the script was originally chosen by Bill Kerr, an associate professor in the department of English, theatre, film and media, the pair fell in love with it on the first read and were drawn to the peculiar concept.

“Because Poof! is a dark comedy, […] touches on very real and heavy issues such as domestic violence and abuse [and] also has wild circumstances such as spontaneous combustion, it will likely have the audience wondering if they’re supposed to laugh or grimace,” said Kornovski.

As with the theatre program’s recent mainstage production of Zoom Lens by Debbie Patterson, all aspects of Poof! are currently taking place online. Auditions were held in early March and involved prospective actors submitting recorded monologues to the directors for consideration.

“Despite there being no chance for us to see [the actors] perform different parts of the script like there may have been for a live audition, the virtual auditions allowed us to view their videos over as many times as necessary before making our decision,” said Kornovski.

“I would say [the auditions] went really well and one of the hardest things was who to choose for the role[s] because everyone who auditioned was so good,” said Basconcillo.

As for holding rehearsals over Zoom, Kornovski said it is “a unique and challenging experience.”

Basconcillo said that “[virtual] rehearsals are different from in-person rehearsal[s] because of space and what is available for our actors, which becomes a really fun process of collaborating on what kind of space they have since everyone is not in the same space, unlike in-person [rehearsals] where we are all in the same space.”

For Kornovski and Basconcillo, this is their first time directing a theatrical production of any kind — let alone with another person — and the experience has been “both daunting and exhilarating.”

“While there’s the benefits of being able to move comfortably in your own space, there’s also a definite buffer between the actors that makes it harder for them to find chemistry between each other, as well as the issue of finding ways to match props that both actors interact with, matching their lighting and the obvious fear of technology completely failing at the most inconvenient of times,” said Kornovski.

“It helps that I’m not the [only] one pulling the strings […] [Basconcillo] always has excellent ideas to bounce off of, and we pull the weight of rehearsals and planning as equals. Our production team is also incredible and always on their A-game, and I’m very grateful to have them working on the show.”

“It feels great having to work with amazing and talented people on this play and I’m excited about everything,” said Basconcillo.

When asked about what they expect audiences to take away from Poof!, Basconcillo said, “I think the ways this play will resonate with our audiences is how [it] goes into the character’s problems and dealing with domestic abuse.”

“My hope is that after viewing, people will take a moment to reflect on how often victims of domestic violence are silenced, brushed off and ignored, and, hopefully, they will find ways to be better allies to those in need.”

You can catch UM Theatre’s production of Poof! on April 16 at 7:30 p.m. and April 17 at noon. For more information, stay tuned to the program’s social media channels.

A TASTE of Winnipeg