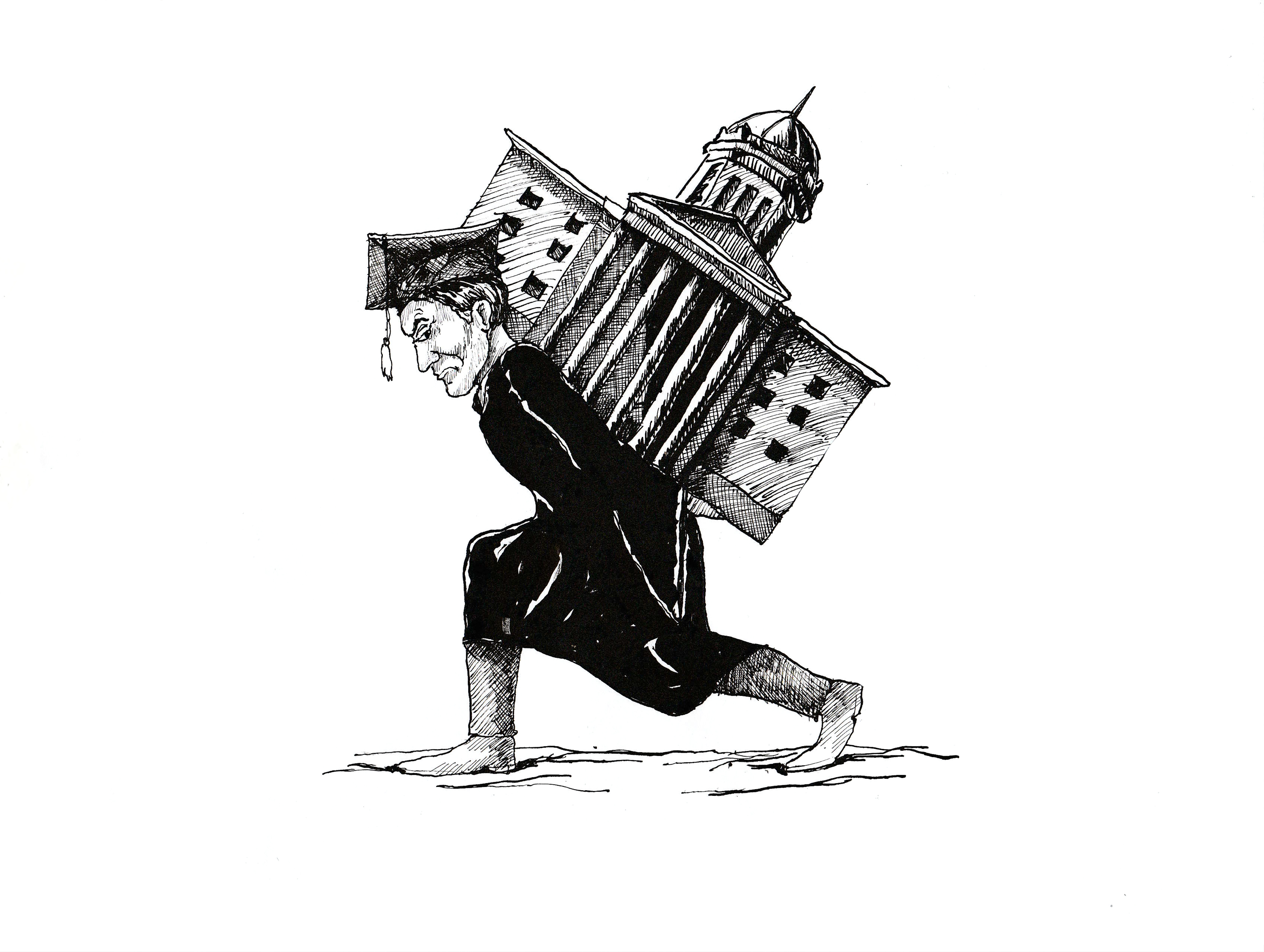 When it was first announced that the 2020-21 academic year would be held remotely it did not come as a surprise for many students. The novelty and uncertainty of COVID-19 still hung over the heads of Manitobans. However, around that same time, the U of M announced that there would be a tuition increase as well, leaving many students feeling overwhelmed and powerless.

Now, the U of M is raising tuition 3.75 per cent again in hopes of filling a $5.9 million revenue gap left by provincial budget cuts. However, the rise in tuition is not a flat rate — students’ tuition in dentistry or engineering will only increase one per cent compared to students in the faculty of arts or the faculty of education, whose tuition will increase five per cent.

Both the province and university have historically justified tuition hikes by claiming it increases the competitiveness and notoriety of the university.

Raising tuition rates may increase the university’s revenue, but it also forces students to face the brunt of the burden, and the source of the problem is decreased provincial funding.

Take what has happened in the U.S. as a warning. From the late 1980s to 2018 the college board cited a 213 per cent increase in tuition for public schools and a 129 per cent increase for private schools. This is largely due to decreased state funding forcing tuition to fill the missing gaps in the system’s budget.

While Canadians have also seen steady increases in tuition since the 1990s, the average yearly cost of university for domestic undergraduate students in Canada sits at around $6,500 compared to approximately $26,290 in public U.S. universities.

These differences, however, do not mean Canadian students do not face financial hardships.

A report commissioned by the Canadian Centre for Policy Alternatives found after reviewing literature from various nations within the Organization for Economic Co-operative Development (OECD) — an intergovernmental development organization — that increasing tuition fees is detrimental to the enrolment rates of low-income students.

Enrolment, overall, does not seem to be influenced by incremental changes in tuition. Rather, students with less economic mobility are disproportionately affected by fee escalations.

Because of the pandemic, students are experiencing financial and educational challenges across the board, but not everyone is being impacted equally. Some students live in cramped spaces or difficult learning environments. There are also students who do not have access to computers or even Internet in their home.

Any students enrolled in classes at the U of M who do not have Internet at home are forced to find new ways to study, as well as having to either shoulder the cost of Internet or drop out of school.

Considering the sacrifices many students made to pay for tuition the decrease in available services may have been a deal breaker for many students struggling to make ends meet.

Multiple studies published in 2020 found that students from wealthier backgrounds have adapted to the struggles of online learning simply because they have more supports that are conducive to academic success in this new environment.

Further, student employment has fallen due to COVID-19. In Manitoba, the highest rates of unemployment are among workers in the age range of 15 to 24 and women over the age of 25.

Responding to the U of M’s 2020-21 budget, UMSU president Jelynn Dela Cruz declared that the repeated cuts to education and tuition hikes should not be considered the university’s new normal.

The only solace for students struggling to make ends meet is increased funding in the 2021-22 budget for those with the highest need. The U of M will set aside $1 million for student assistance funding as well as $1.2 million to improve online capacities for digital learning.

The university is also allocating just under $850,000 to libraries, but it is imperative some of that funding increases access to free digital textbooks to increase accessibility.

Since students are being forced to pay more tuition despite the unprecedented difficulty of the past year, we need to see real concrete support both financially and through better services from the university.

The U of M is setting students’ standards and expectations for the upcoming year extremely high by raising tuition costs, and we ought to see a visible difference in academic and financial supports relative to preceding years under these financial conditions.