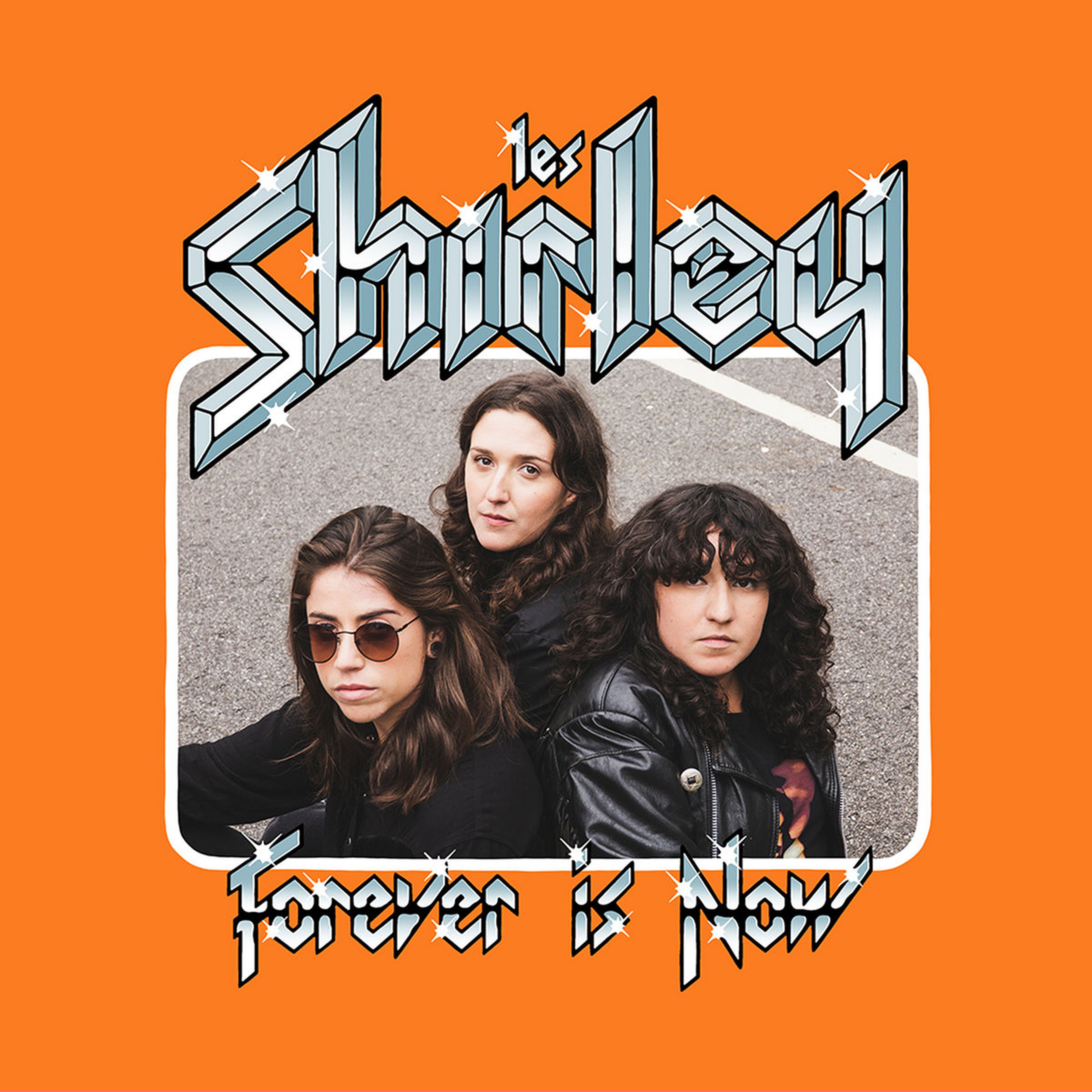 Les Shirley understands energy — its power, its movement, when to blow it up and pull it back, the invigorating force of music that snakes like snapping wires. The Montreal trio’s debut LP, Forever is Now, moves like Thin Lizzy spent the summer at pop-music bootcamp — tight, instantly hummable rock songs that trade equally in scuzz and sheen, a glittering brick sent flying through a shop window.

From the skipping riff that introduces opener “Fuck It I’m In Love,” the band is in immediate overdrive. Every song is spring-coiled and relentless, airtight blasts of hair-shaking fervor that never trip into indulgent showboating — even frontperson Raphaëlle Chouinard’s solos are economical, skidding and twirling before careening out of frame just in time. The band pulls inspiration from turn-of-the-’80s power-pop — the unsophisticated joy of ’70s garage filtered through clean, spacious production from Simon Kearney and Marc Chartrain that scrubs away most of the fuzz in favour of crisp clarity. The sand-blasted production mostly works wonders in highlighting the trio’s taut playing, but an air of anemia nearly sneaks in at times, and some experiments — like the sudden autotune toward the end of “23” — are more distracting than bold.

Chouinard sings with a chin-jutting bravado, a frontperson with a winking grip on rock-star posturing — the queer come-on of “Courtney” or confident abandon of “Fuck It I’m In Love” are full of eyes-ablaze swagger, while relative slow burn “1994” moves with the guarded, cool honesty of Chrissie Hynde. Where Les Shirley differs from a band like the Pretenders is in its commitment to a singular sound — there are no reggae detours a la “Private Life” or sprawling epics like “Lovers of Today,” the trio choosing instead to stretch its rambunctious pop-rock into as many shapes as possible. The one semi-exception is the shimmery acoustic Pascale Picard-duet “Pick Up The Phone,” a quiet inversion of driving, compact melodies that lets the dust settle just enough for them to kick it up immediately with the safe-for-radio edit of “Fuck It I’m In Love,” “Forget It I’m In Love (Radio Edit).”

The choice to include this radio-friendly version feels like a throwback and a hint at Les Shirley’s ambitions — the group’s music has all the serotonin-triggering thrills of iron-clad radio pop, and the trio seems capable of aiming for the same kind of reach. With a record as fun and ferocious as Forever Is Now, you would be foolish to doubt them.