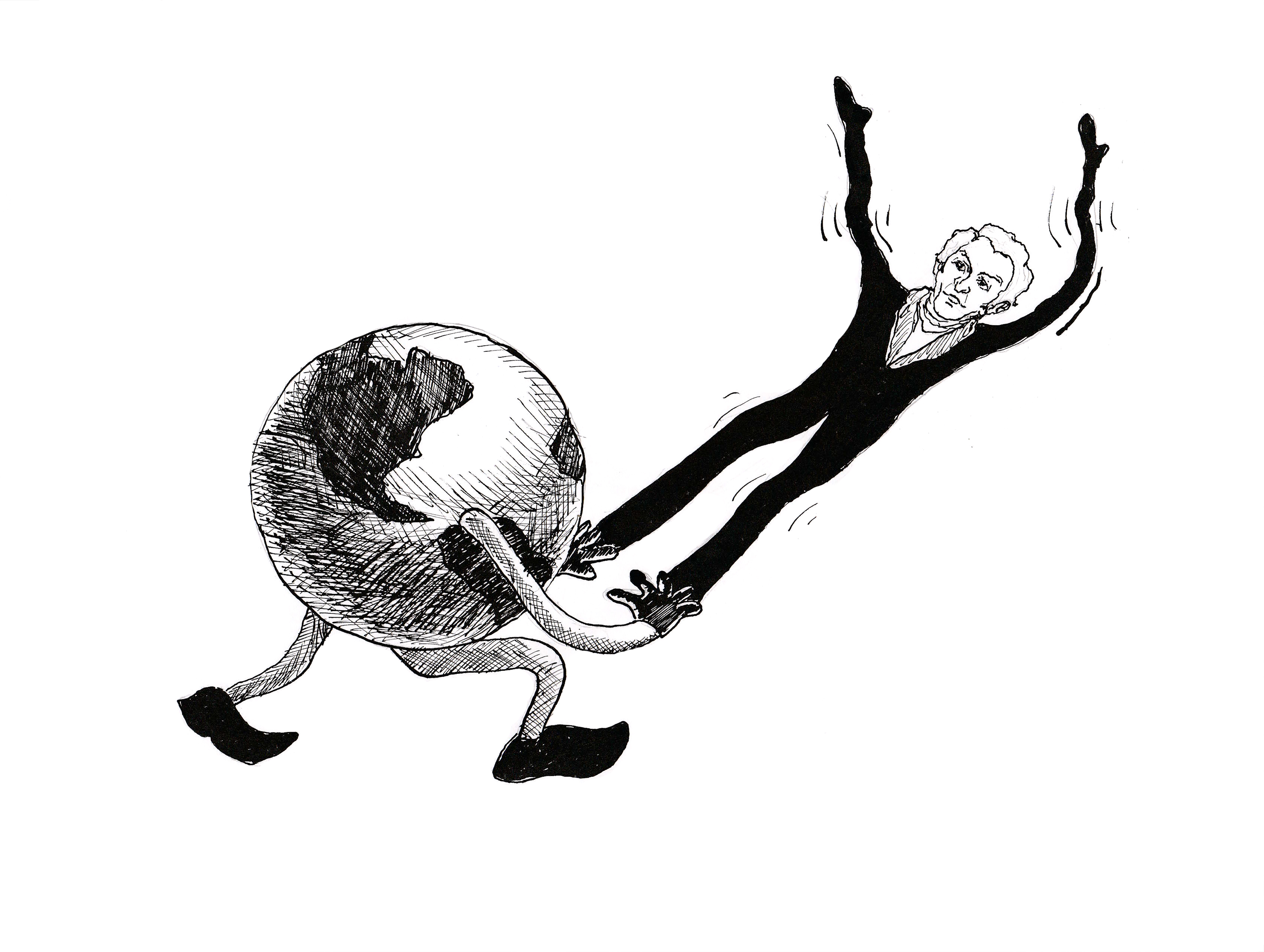 From the 19th century to the contemporary period, nature has been presented as harmonious and passive while placing it at odds with humanity, which is pervasively presented as disturbing and dominant. This view has overwhelmed environmental discourses.

This dualism was first articulated by Enlightenment-inspired thinkers such as Jean-Jacques Rousseau, Johann Wolfgang von Goethe and Henry David Thoreau who ascribed humanity, and its assumed natural propensity toward linear progressive growth, short-sightedness and greed, against the bounties of an imagined natural world based in moderation — an image of the natural environment that parallels the garden of Eden. However, this dualism has been adopted by many environmental activists and conservation biologists as an inherent truth, pitting humans against the forces of nature.

Early environmentalists like George Perkins Marsh — often referred to as “the Prophet of Conservation” — pervasively pushed this dualism in their work. “Man is everywhere a disturbing agent. Wherever [they] plant [their] foot, the harmonies of nature are turned to discords,” Marsh said in his popular book Man and Nature.

This line of thinking has been married to earlier theorizations of demographic growth and ecological self-destruction. Thomas Malthus — an early-modern classical economist — theorized in the late 18th century that populations were largely restricted by the carrying capacity of the land. If human activity outpaced this carrying capacity via overpopulation, mass death through famine, disease and ecological ruin would bring the population back down to a sustainable level.

Malthus was unfortunate enough to have published his work directly before the Industrial Revolution which precipitated a population boom never before seen in human history. As a result, his work was largely written off, until, of course, environmental degradation became a concern.

Malthusianism was re-articulated by Paul Ehrlich at the service of environmentalism — 11 years before the world’s first climate summit — in his book The Population Bomb, which argued that geometric population growth would inevitably outpace the finite resources of the world and would lead to a myriad of social problems.

Ehrlich’s introduction to the book opens his discussion about overpopulation with his experiences roaming the streets of Delhi, describing the city as “hellish” and painting it as overrode with people whose desires, and very existence, would lead to the destruction of a pristine and unperturbed nature. The irony and violence behind Ehrlich’s example is that Delhi’s population sat at a meager 2.8 million people at the time — roughly one-third of the size of New York in the same decade.

Ehrlich’s book brings into context an alarming trend within Malthusian-inspired anxieties about overpopulation — concerns about population growth are largely fuelled, in many instances, by racism and classism. Malthus himself was an articulated aporophobe — someone with a fear of poor people —and consistently used his work on population science to rationalize inequality and exclude poor populations from welfare and support.

Yet, despite this concerning history of racism within the overpopulation stream of the environmental movement, population growth has been pushed as a central concern for those who understand individual consumerism and increasing affluence as the primary causal factor for global warming.

The problem is, their arguments lay in the assumption that there is a scarcity of resources and that the world’s poorest people cannot rise to the standards of living popular in colonial metropoles without risking the wholesale destruction of the planet — placing the onus of responsibility on individuals, especially racialized individuals, instead of systemic inequality. In essence, it looks at the parts of the whole while ignoring the whole itself.

But where did this idea that individuals are responsible for the destruction of the planet come from? After all, as of 2017, 100 companies are responsible for 71 per cent of carbon emissions. Focusing on the consumer seems like a suitable bailout for a system that functions through inequality and exploitation.

Interestingly, the idea of the carbon footprint — which is worked out by multiplying variables such as population, affluence and technology — was popularized in 2004 by British Petroleum.

Sound suspect? It is.

By atomizing responsibility, focus is shifted toward a misanthropic conversation about population growth and individuals as opposed to methods of resource distribution and systemic inequality. It reproduces the early-Enlightenment trope that humanity is, by its nature, the environment’s antithesis. And it cements the notion that capitalism, and the inequality it perpetuates, is natural, too — feeding violent racism that materializes in hate crimes such as the El Paso, Texas and Christchurch, New Zealand shootings which were carried out by self-proclaimed eco-fascists.

The painful irony of all this is that a lot of these anxieties about population are unconsciously disseminated by self-avowed progressive environmentalists. For example, in an article published by the Guardian criticizing the Population Matters charity and Jane Goodall — a famous primatologist — for driving population-centred speeches at the World Economic Forum in Davos, Switzerland, while hypocritically appearing in an advertisement for British Airways the previous year, columnist George Monbiot humorously responded to the cringy scene saying, “I doubt that any of those who nodded and clapped were thinking, ‘Yes, I urgently need to disappear.’”

Although in some cases well-intended, environmentalists need to ditch their focus on population and individuals and divert their concerns toward the systemic driver of global warming. Capitalism and its precondition for constant economic growth and unequal modes of resource distribution is the problem, not people.

Living off the grid