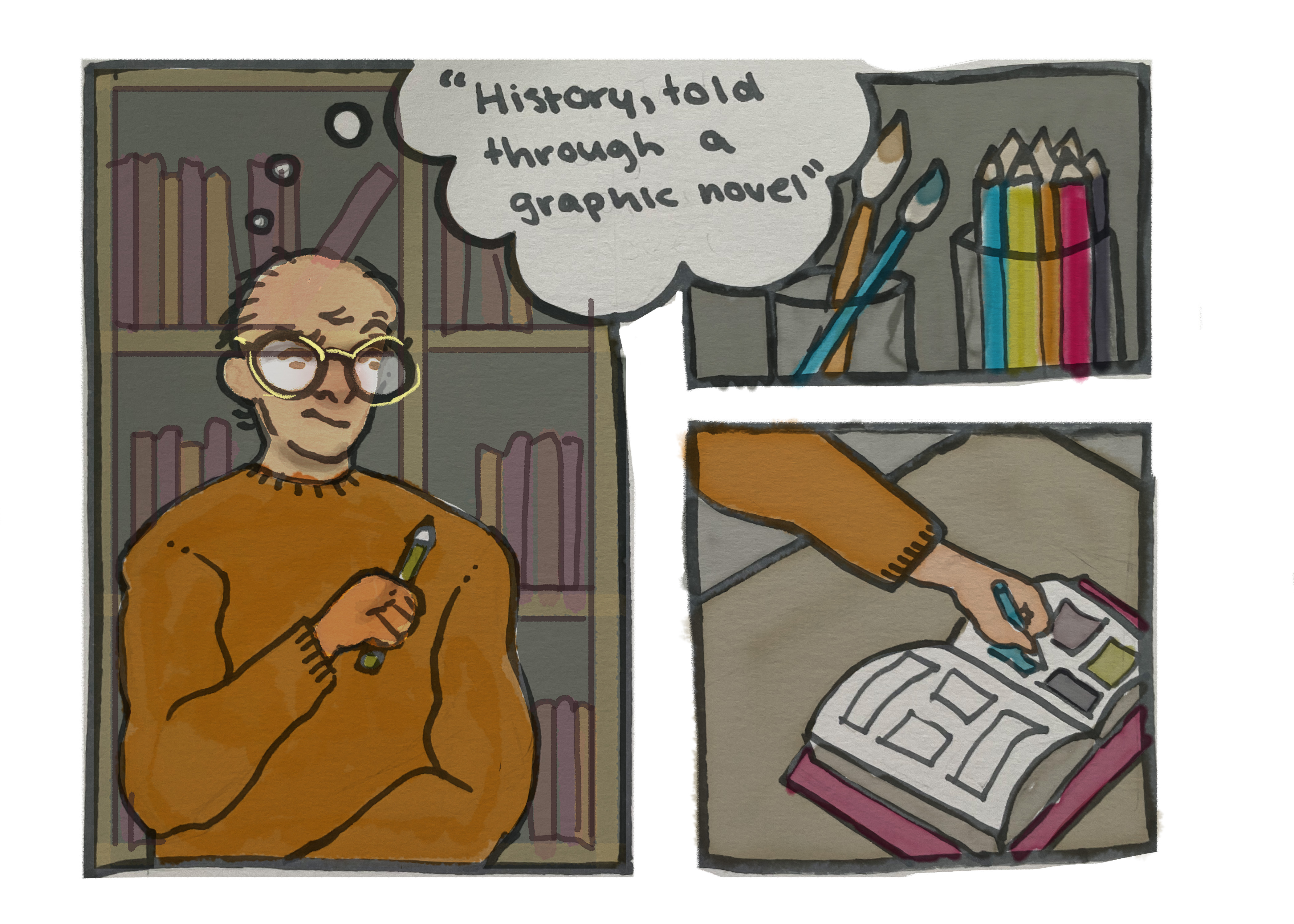 As the world descends deeper into the digital information age, audiences of historical literature, newspapers and other printed mediums continue to decline. Despite this, printed graphic novels appear to touch base with new-age readerships in a way that printed literature is failing to. Graphic novels regularly appear in bestseller lists, and not simply fictional graphic novels, either — graphic history has become a key component of public history initiatives.

Popular graphic histories such as Maus: A Survivor’s Tale and Palestine are award-winning graphic histories with intricate narratives about complicated historical events that encourage readers’ critical literacy in an accessible way — something that the disenchanting prose of ivory tower academia rarely manages to do. This point was driven home when the renowned social theorist Edward Said wrote the foreword for the second edition of Joe Sacco’s Palestine saying, “With the exception of one or two novelists and poets, no one has ever rendered this terrible state of affairs better than Joe Sacco.”

All of this considered, it is extremely exciting news to hear Sean Carleton — an Indigenous studies and history professor at the University of Manitoba — will be working in collaboration with the native studies department, the National Centre for Truth and Reconciliation (NCTR) and the University of Manitoba Press to author a graphic history about the residential school system. Even better, the partners in the project are planning to incorporate the graphic novel in K to 12 curriculums.

Not only is this a means to expand the lacking public school history curriculum about the injustices of Indigenous populations’ ongoing struggle with cultural genocide and dispossession, but it provides an avenue for educators to place kids with developing literacy skills in what can seem to be ethereal historical contexts to the untrained eye. Without the proper critical training, grade school history is usually considered a game of memorizing dates and events, but this couldn’t be further from the truth. Historical storytelling is a radically political act with a multitude of forms and progressive ends — this project must not be filtered out by the education system.

Public curriculums regularly neutralize historical narratives that are potentially uncomfortable for white settlers to read or damaging to national reputation. However, Carleton noted in an interview with UM Today News that this will not be the case in his work. Displaying the truth behind Canada’s history of cultural genocide will precede the privileged discourses that surround reconciliation — truth must be discerned before any form of reconciliation is possible.

Critical graphic novels provide a step forward in fostering empathy and, hopefully, discontent about the ongoing dispossession of Indigenous people in Canada. Visual aid provides students the capacity to understand contexts with greater detail at a fraction of the complexity. The popular adage “a picture is worth a thousand words” rings particularly true with graphic history.

Further, graphic texts summon a flexible mode of doing history which allows authors to depict the past in inarticulable fashions. Personification hands part of the narrative to the reader — a control that can be difficult to hold with written word — and encourages a critical playfulness with the ambiguous images’ artists incorporate in their work, allowing students to step beyond uncritical grade school history. This abets readers to engage with the politics of memory.

For example, Drawn to Change: Graphic Histories of Working-Class Struggle — a collaborative work organized and edited by the Graphic History Collective — displays Canada’s labour history by using the silenced voices and forgotten faces of working-class people. The project provides a compelling depiction of the violent suppression of the labour movement and the agency of people who pushed for systemic change against overwhelming structural constraints. While the dialogue in the comic is relatively simple, the images give context to the challenges working people faced and continue to face.

Drawn to Change dislodges the common belief that history is alienated from the present and future and instead “asks people to ‘dream of what might be’ […] to work collectively with others to bring about positive social change” — a request that requires connection, sympathy and solidarity that images help cultivate.

Graphic history is an avenue to change the complexity of academic history into a progressively more accessible tool of pedagogy. Historians take note, the image is a key part of the future of historical education.