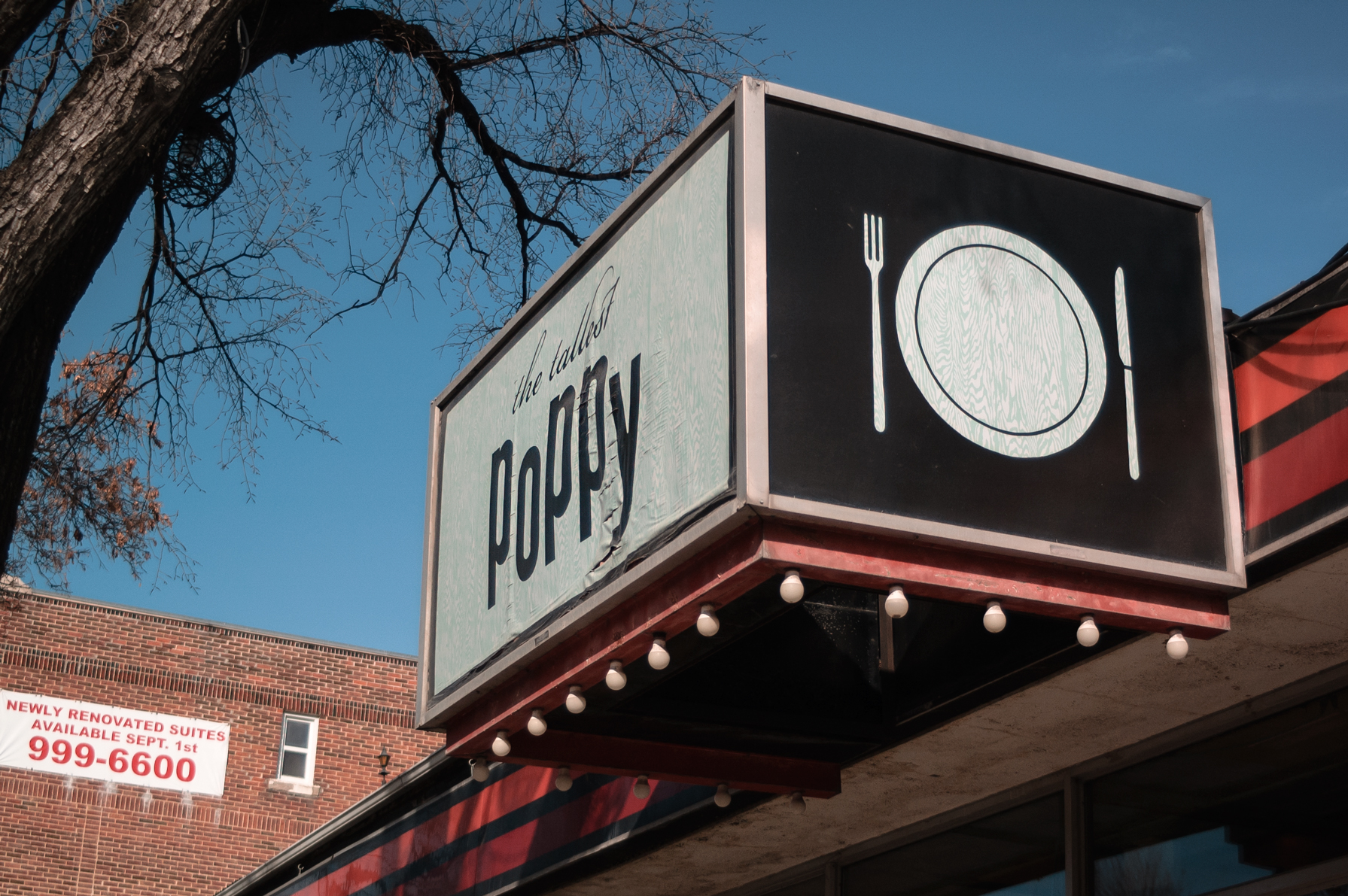 The Tallest Poppy, a local restaurant located in the West Broadway neighbourhood, received some online criticism last week when a police officer was paying for his food at the restaurant and noticed posters placed up by the restaurant in support of the abolishment of police.

According to a social media post, the officer in question allegedly argued with a staff member on the sentiment and individuals began criticizing the establishment on social media.

The posters were created by a community organization called Winnipeg Police Cause Harm (WPCH), which formed in the fall of 2019.

WPCH describes itself as “a community-centred police abolitionist group committed to defunding the Winnipeg Police Service and reallocating resources to life-sustaining services.”

Daniel Friesen, one of the organizers with WPCH, explained that the group works “to draw attention to the harms caused by the Winnipeg Police Service.”

The organization also tries to “bring awareness to what a world without police could look like, how policing is not the best way to make communities safe and how there’s other options out there that create actual real community safety outside of the system that we currently have.”

Friesen said this incident with the Tallest Poppy was the first of its kind and that WPCH had its posters online and available for anyone to access for roughly one year.

“We were distributing them just ourselves before, but when we launched our website […] we put them up on there so anyone can download them and print and distribute them as they wish, but we’ve never had any kind of public backlash like this around them before,” Friesen said.

WPCH itself learned about the situation from being sent social media posts which were later photographed and added to WPCH’s social media.

“We thought it was something worth drawing attention to,” they added.

The Facebook post was written by Susan Desjardine who reposted the original story from the officer who noticed the posters onto her own Facebook page. The post sparked a number of comments, one comment suggesting placing orders with the restaurant and not picking them up.

Friesen said as far as backlash for WPCH itself, “of course with ideas like this that are new to some people […] of course there’s [going to] be some misunderstanding, and then some people will take that to a point of […] trolling online or things like that.”

Friesen added that while they have not received personal backlash, there are people who actively “try to troll [WPCH] online […] somewhat regularly.”

However, Friesen said the current situation with the Tallest Poppy “is a bit of an escalation into the physical world.”

The Tallest Poppy released a statement via Instagram March 7 expressing gratitude to everyone who had been ordering food in support or simply offering support in general over the past week. In terms of the Winnipeg Police Service, the restaurant staff said they feel that “there are more valuable ways the city could choose to spend its money.”

“We feel this misallocation of funds is causing harm in our community,” the statement read, echoing the posters featured in the restaurant.

“I think an important takeaway should be from this whole thing for people is that this is just a very small example of the type of targeted harassment that is built in to policing,” Friesen said.

Friesen continued to explain how this was an “unprovoked” response to someone simply noticing actions that police had committed and alleged that the posters featured in the Tallest Poppy contained factual statements about the police service and its finances, statistics about salaries and actions of the police.

“And so, when pointing that out, their reaction is to target and harass people and I think that’s just a very small example of what policing is in general.”