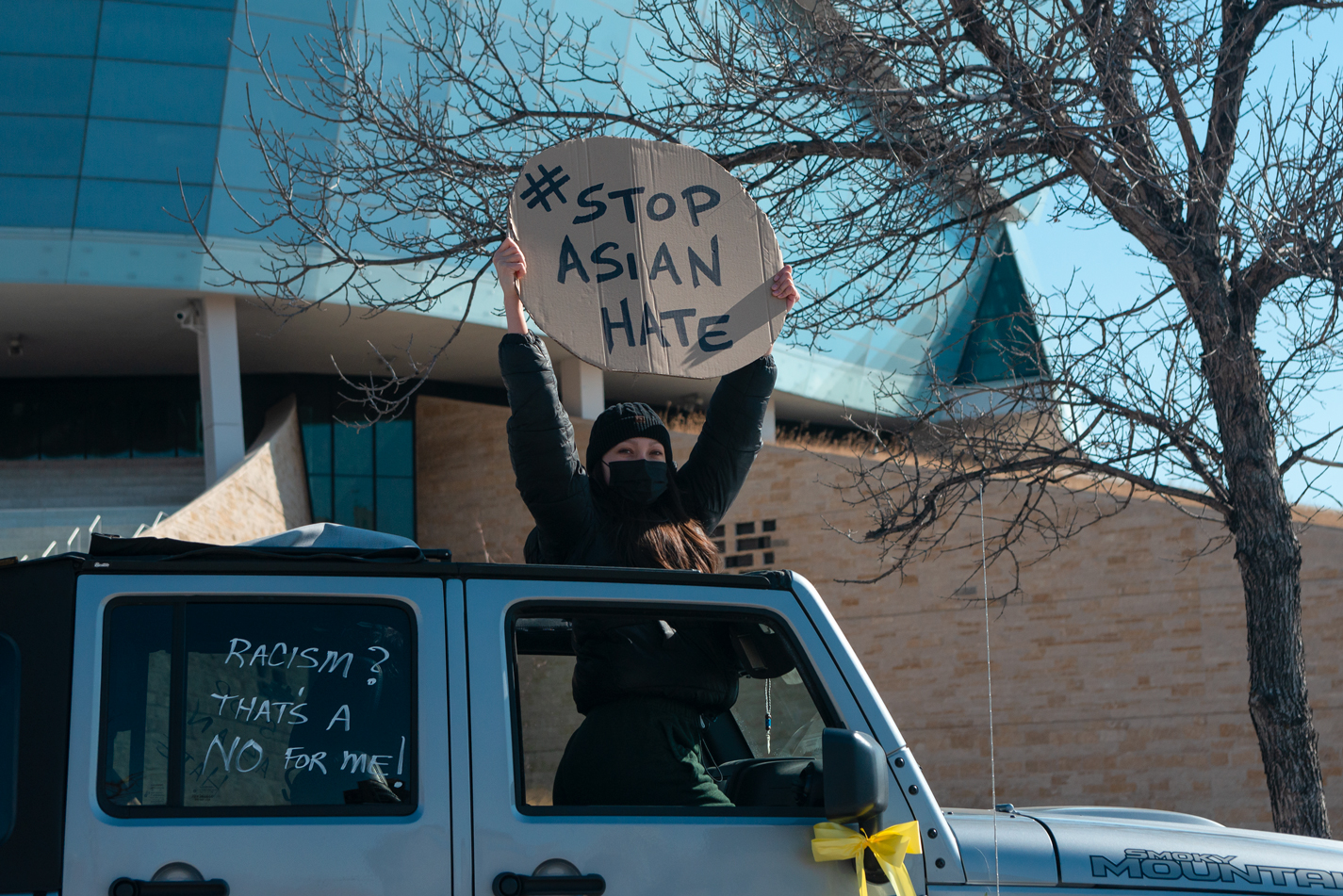 Two weeks ago, in the Atlanta area in the United States, eight individuals at three different spas were murdered, six of them being Asian women. In response to this incident, Winnipeggers gathered together at the Canadian Museum for Human Rights for the “Stop Asian Hate Rally.”

She explained that the goal of the rally was to first mourn the victims of the recent shooting, but to also oppose the discrimination against the Asian community and the gender stereotypes imposed on Asian women.

“We know the [reason the] tragedy, the Atlanta shooting, happened was because of the gender stereotypes imposed on women.” said Chen.

She pointed out that the suspect in the Atlanta shooting had said that his motive was to eliminate temptation, and that this tied into a typical stereotype imposed on Asian women, one where they are seen as sexual objects, as “quiet, silent and invisible.”

“We’re holding this rally and we want to send a message that we are not silent, we are strong and that we will be heard.”

Within Canada there has been a surge of anti-Asian discrimination and attacks since the onset of COVID-19. Assisting in bringing this to light is the Chinese Canadian National Council’s (CCNC) Toronto chapter that released the results of two surveys conducted, which revealed there were 1,150 cases of self-reported racist attacks across Canada from March 10, 2020 to Feb. 28, 2021.

The project’s goal is to “validate the spectrum of experiences felt across Asian Canadian communities and seeks to use the documentation to inform future effort for collective action against anti-asian racism and xenophobia,” and includes incident timelines and an incident map as well as the option to report an incident.

On-ground attendee at the rally Jobelle Baylon holds the same beliefs as Chen regarding the existence of racism in Canada, and added that “there’s just this thing going on, this belief in Canada where it’s like ‘oh, racism doesn’t exist here,”

“With [people of colour] it ‘doesn’t happen here,’ when in fact, from my personal experiences and with my friends it does happen in our high schools and the stores that we go to.”

Baylon shared a few incidents that had happened to her friends, including an incident a high school classmate who had been spat at, punched and called “a virus.”

As far as what people can do to support communities right now, Chen said that she wanted to see community leaders support the community.

“We want to see people come together to support each other and support people who want to speak out who experience the racism and the gender discrimination.

“We are seeing people coming together supporting each other and that’s very promising.”