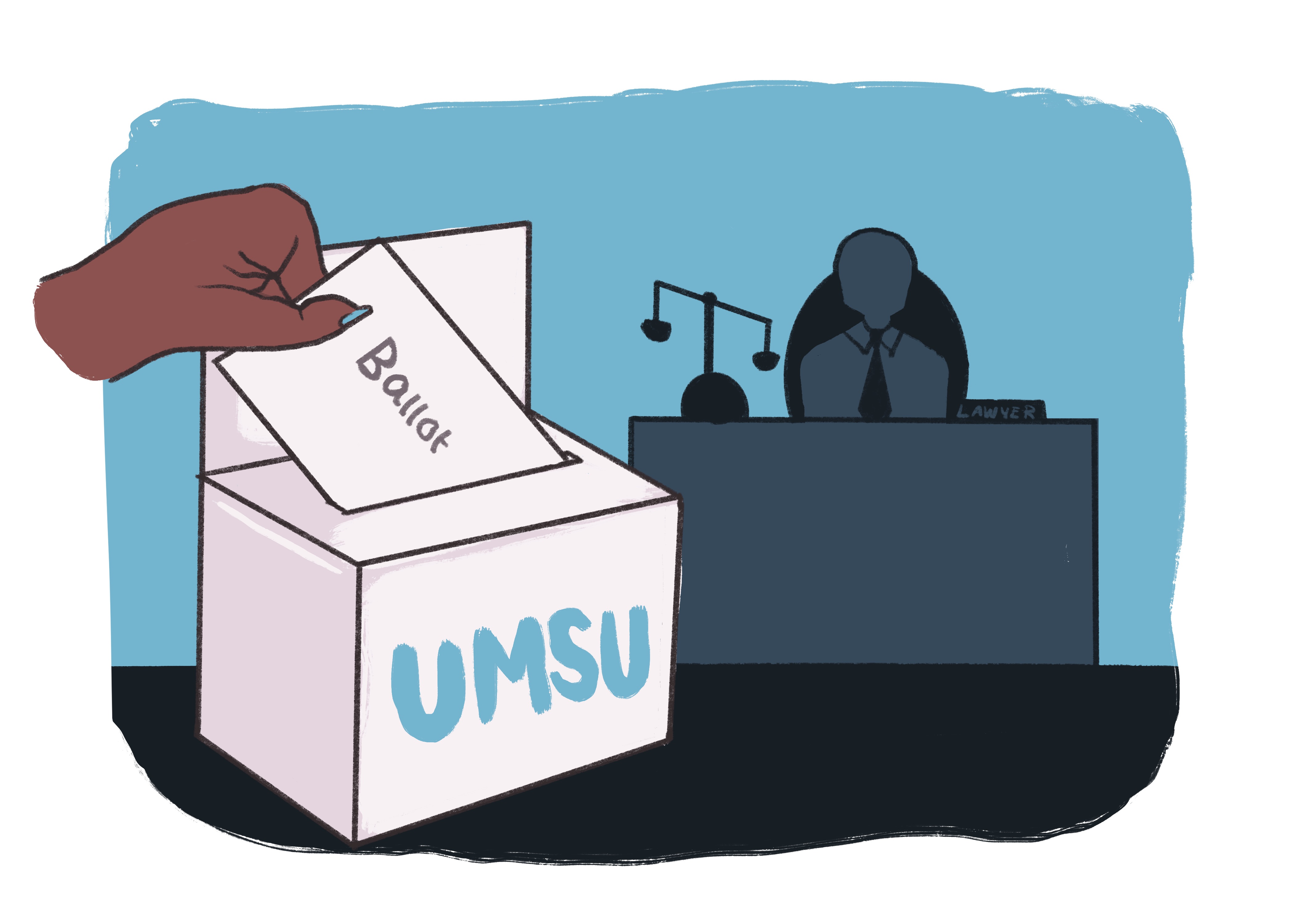 The UMSU board of directors passed two motions at its March 11 meeting signalling an upcoming referendum on the question of purchasing legal aid services for members at the cost of $28 per academic year. If the referendum were to pass, members would be able to opt-out of the service.

Other questions that will be included in the referendum are whether UMSU should join the Manitoba Alliance of Post-Secondary Students (MAPSS) and the Canadian Alliance of Student Associations (CASA) at no extra cost to members. There will also be a non-binding plebiscite regarding the U-Pass program’s continuation.

Voting in the referendum is set to take place April 7 through 9.

The service, Studentcare’s Legal Protection Program, would offer assistance in the form of a legal assistance helpline and legal coverage in various areas including housing and employment disputes, and disputes with an academic institution. The service would cover a student’s legal expenses in these contexts.

The program would cover “experts’ fees” up to a maximum of $1,000 excluding taxes.

According to a January 2021 UMSU membership survey, 79 per cent of respondents “felt that it is either extremely important or very important for students to have easy access to legal advice and services,” but 66 per cent felt currently legal aid resources were inaccessible and 61 per cent felt it was too expensive.

“The spirit of the legal aid question within the referendum kind of began [over] the past year really,” said UMSU president Jelynn Dela Cruz. “Previous UMSU executive teams have heard from students that the resources available for students are inadequate as it comes to legal assistance.”

Dela Cruz said that many students, for reasons such as navigating immigration law and housing issues, have been accessing and utilizing legal services for assistance.

According to Dela Cruz, one option that was explored was the possibility of establishing a legal aid clinic within UMSU University Centre. After exploring other options it became clear to the executive that it would be more efficient to make use of the service offered by Studentcare.

“The program itself hasn’t been confirmed yet, that’s what the referendum question intends to do, so as soon as we hear back from students on whether or not this is something that is acceptable to them, then we will take the steps forward to sign a contract with Studentcare and begin the service as early as next year,” said Dela Cruz.

“This project has also faced increased attention due to issues exacerbated by the COVID-19 pandemic, like housing and immigration,” she said. “While students have voiced [issues of] inadequacy or inaccessibility of existing resources, the pandemic has placed increasing importance [on] the service.”