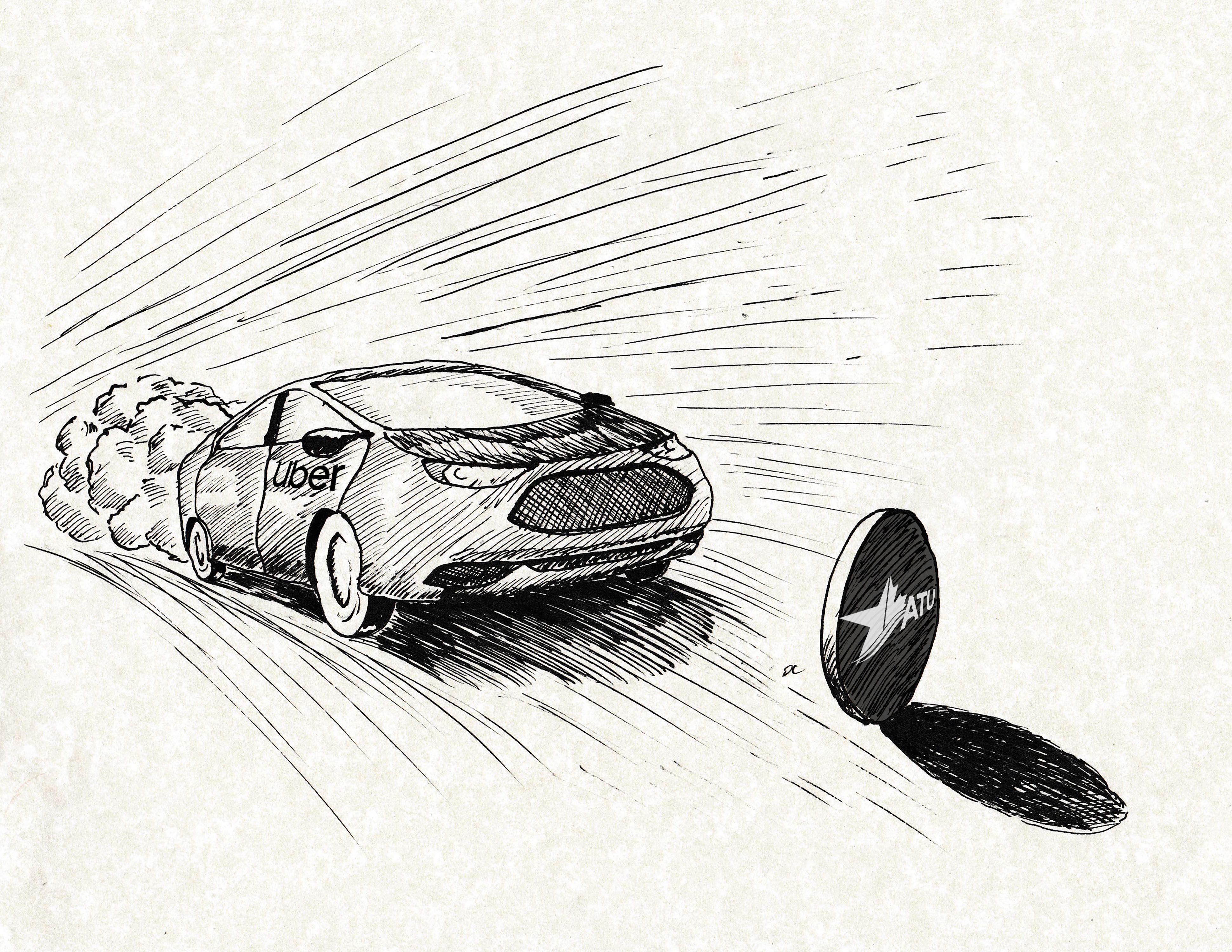 In June 2020, the Supreme Court of Canada ruled that Uber drivers were entitled the right to be governed by the labour laws outlined under Ontario’s Employment Standards Act, setting precedent for other provinces across Canada.

Prior to the Supreme Court’s ruling, Uber had argued that they contracted independent workers as opposed to hiring official employees, which, under Uber’s perverted logic, abstractly gave them an excuse to bypass labour laws and withhold rights formally afforded to employees in Canada.

Now, Uber is lobbying for damaging legislation to establish a legal separation between independent contract models and employment models in exchange for things like their self-directed benefits plan — a program which Uber claims facilitates a portion of drivers’ earnings to benefits they desire depending on the number of hours they work.

Uber’s senior vice-president of mobility and business Andrew Macdonald noted in an interview with BNN Bloomberg — a business news network — that in order for Uber to provide benefits to its workers, Canada’s employment classification system must be modernized to fit the rising tide of informal gig work.

However, as Joshua Mandryk — a labour lawyer — noted in an interview with PressProgress, these are intentionally deceptive policies that exclude employees from their formal rights to pension plans and employment insurance for a benefits system that workers pay out of pocket for while Uber lines its wallet.

Uber is exploiting language such as “modernization” and “flexibility” to whitewash potentially devastating labour reform laws. More concerning, Uber’s lobbying efforts mimic the discourse used by the Progressive Conservative Party of Manitoba (PC) when it was pushing Bill 30, the Local Vehicles for Hire Act, through legislature in 2017.

Without proper public purview, Uber could influence key legislation and undermine the unionized transportation industry in Manitoba using the significant resources it has at its disposal.

In 2015, Uber’s then-public policy manager Chris Schafer had revealed the company’s interest in entering Manitoba and establishing the ride-hailing app across the province’s cities.

This report opened the floodgates for advocates to push a deregulatory agenda in the transportation industry by replacing restrictive bylaws to allow ride-hailing companies into Manitoba at the potential detriment of unionized transportation workers employed by public transportation and taxi companies.

At the first reading of the bill, Eileen Clarke — Progressive Conservative Member of Legislative Assembly (MLA) representing Agassiz — was tasked with introducing the legislation to the assembly. During the reading, she articulated a desire to deregulate and modernize Manitoba’s transportation sector.

“Industry oversight has become riddled in red tape,” she said in 2017. “The government just completed the most extensive consultations on the vehicle-for-hire industry in decades, where the public and stakeholders spoke up to say that the existing regulatory regime needs to be modernized.”

However, senior New Democratic Party MLA for Elmwood Jim Maloway criticized Bill 30 for its lack of public debate. He noted that Bill 30 “should be renamed an act to destroy 1,600 jobs and turn-make a new low-wage economy in Manitoba.”

Uber is likely salivating at the prospect of a provincial government in favour of deregulating its vehicle-for-hire sector. The situation becomes more dire in the prospect of a failing PC government that looks highly unlikely to poll well in the next provincial election. In the coming years, the number of suspect pieces of legislation will likely rise as a shift in power to the opposition party becomes more likely. This potentially opens a period of opportunity for Uber to lobby the provincial government to neglect the Supreme Court’s ruling in favour of coercive legislation.

The PC government has clearly shown interest in opening avenues for the ride-hailing industry to exploit workers with the hollow justification of modernization and flexibility. Manitobans must reject any motions to reform labour laws in the interests of gig work. Not only could reform undermine unionized transportation jobs, but it could also work to further dismantle a social safety net that workers have spent over a century fighting for.