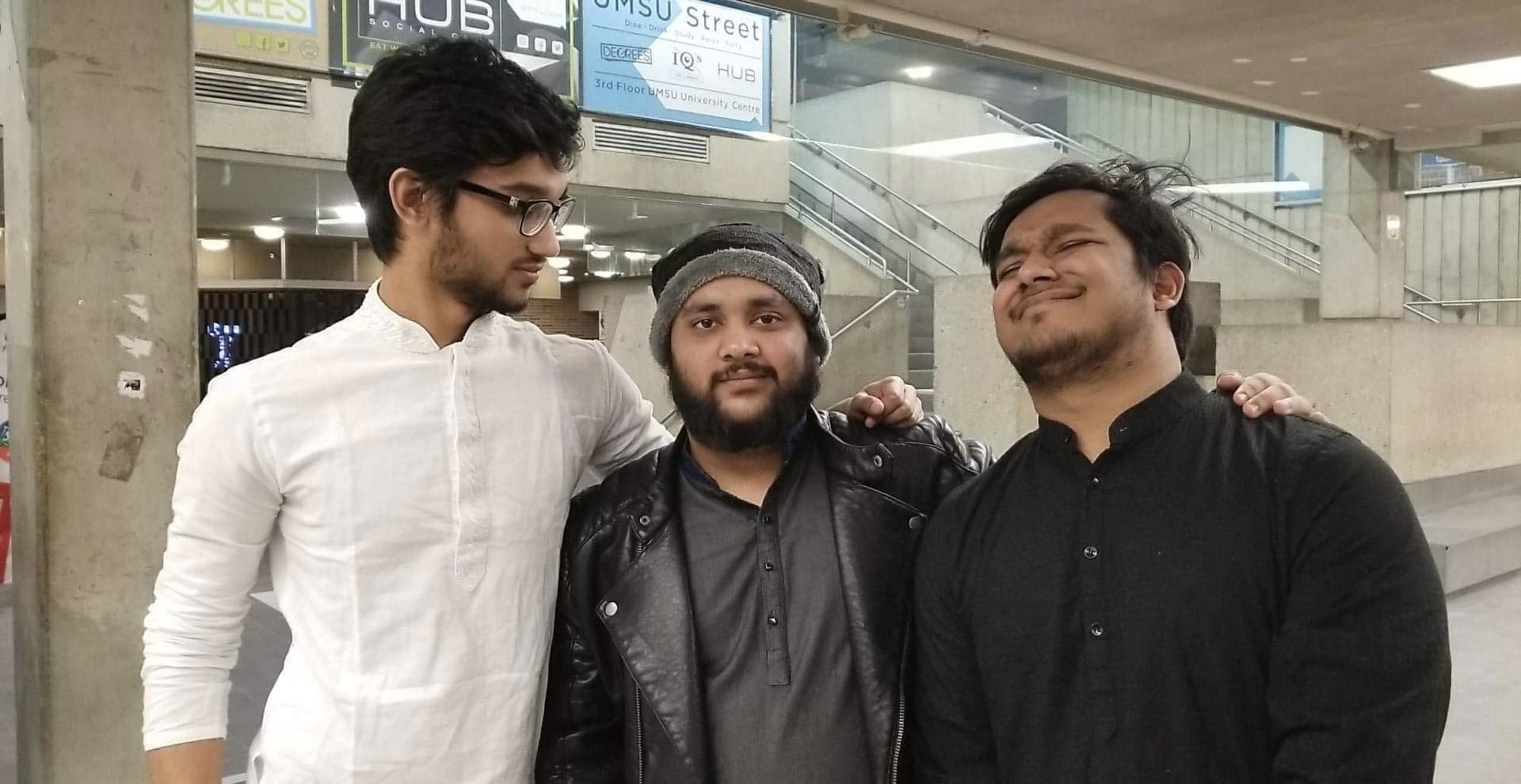 Three international students from the U of M Bangladeshi community died in a car crash on Highway 7, seven kilometres south of Arborg, Man. on Feb. 18.

The students were returning from a trip to see the northern lights when they collided head-on with another vehicle. The driver of the other vehicle was a woman in her 50s who had serious but non-life-threatening injuries.

“They were really close to all of us in the Bangladesh community, we have very few students on campus but we’re really tight and we’re pretty close to each other,” University of Manitoba Bangladeshi Students’ Association (UMBSA) president Tahbit Dewan, explained. “Personally, they were really good friends of mine.”

Chowdhury was a third-year science student, Badhon was an Asper student and Aditta was in agribusiness.

Dewan commented on their group dynamic noting that Chowdhury played soccer in their community and was good at it, Badhon and Dewan got into the Asper School of Business together and Aditta, the oldest of the three, was known as a great cook.

The UMBSA, as well as the University of Manitoba Muslim Students’ Association (MSA), are not only mourning the deaths of these three men, but also the death of another student, Sami Uzzaman, who went missing on Jan. 9 and was found dead Jan. 27.

Dewan explained that they had been looking for him for nearly two weeks and that he was a point of contact with the family during that time.

“It has been very stressful for me personally but for all the community and when we found his body, we were all in shock,” he said. “It was a mess.”

“The police had to do all the post-mortem and then we buried him in Transcona, his family couldn’t see him for the last time. Unfortunately, due to COVID, we couldn’t send the body home because it was taking too long, and in our religion, in Islam, its suggested to bury the deceased as soon as possible,” he explained.

“International students, we don’t have our family here right? So, we consider the student community to be a family,” said Abdul Ahad, president of the MSA.

Ahad explained how he truly feels that they were all brothers, Uzzaman and the men from the crash, and that they could answer each other’s calls and share their struggles together.

“So, from an emotional standpoint it’s really really hard to imagine that actually happened,” he said.

Dewan added that when Uzzaman was missing, UMBSA made a post about it on Instagram and had reached out to UMSU via tagging them on the post but received no response at that time.

“When Sami went missing and was found deceased, UMSU didn’t even release any statement, they didn’t recognize that something happened,” said Dewan, noting that for the deaths of the three students in the crash, UMSU acknowledged Uzzaman in its social media post about the crash — opting to combine the news together in its statement.

“I felt like it was necessary, and they should have acknowledged it when it happened and not after another incident had happened,” Dewan said. “So, I’d say it was really disheartening and everyone in the community noticed it, that UMSU didn’t say anything about it or put out a statement or anything.”

By press time, UMSU had not yet responded to requests for comment.