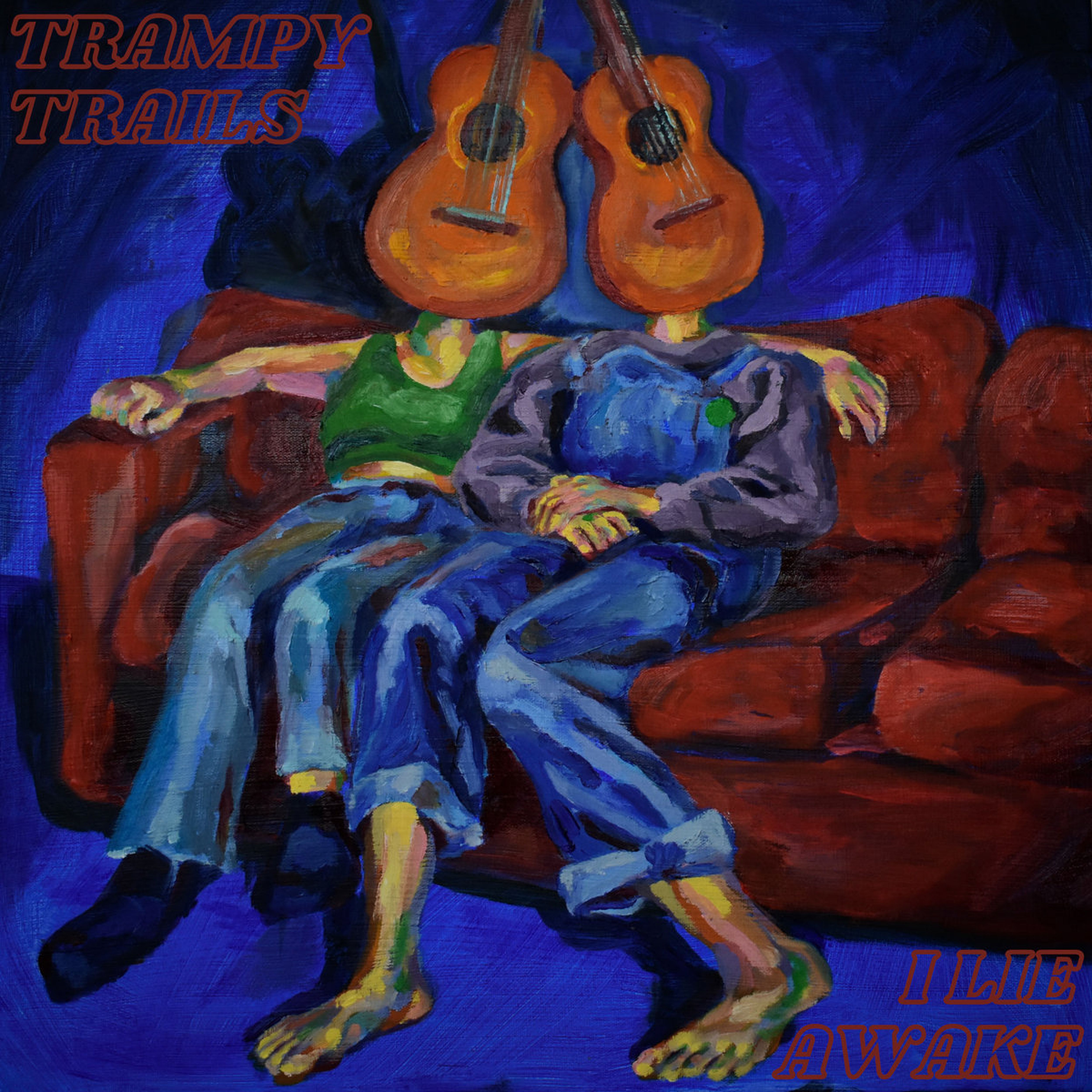 Beneath These Trees, the debut EP from Thomas Steur’s Trampy Trails project, was an exercise in simplicity. Whether by choice or necessity, the then-17-year-old’s first offering communicated a lot with very little — quiet social critique, forlorn love songs, odes to his hometown and small, pointed vignettes all set to simple acoustic guitar and Steur’s measured, youthful voice. The writing was strong enough to hold its own, but some tracks felt held back by a lack of experience and resources. Now, two years and a whole lot of life later, he brings us I Lie Awake, a debut full-length and Steur’s strongest collection of material yet.

I Lie Awake is bigger, cleaner and more self-possessed than its predecessor and, like most sudden leaps in confidence and size, there are some growing pains. Steur wrote, performed, produced and mixed the record entirely alone in his small bedroom studio. While the results are largely exceptional, there’s an awkwardness to some of his arrangements — a teen learning to fill a suddenly larger frame. Steur taught himself to play and record drums for the purpose of making I Lie Awake and, on songs like “Take Some Time,” “Loon” or “Hey Killer,” it’s clear that he’s still coming into his own as a percussionist and rhythm arranger. Patterns hiccup and fills stumble, but they’re small foibles on a record that otherwise sees Steur crafting the best work of his young career. That he attempted the drums at all is impressive; that the small slip-ups are largely overshadowed by the strength of his songwriting is even more so.

Steur possesses an enviable restraint, and I Lie Awake’s small flourishes — the lonesome trumpet on “Incongruous,” the silvery vocal harmonies that appear at the end of “Borrowing Purpose” and the understated solo that ambles across “Nuthatch” — are considered and just so, never overstaying their welcome. He has a clear reverence for the ’60s and ’70s folk canon. The chords that open “Take Some Time” are pure Joni Mitchell circa Court and Spark, and Steur’s songwriting has shades of Bob Dylan’s political bite and Neil Young’s working-class poetics.

While it sometimes feels like he’s still finding his voice divorced from these obvious reference points, there’s a clarity to Steur’s storytelling and melodies that can’t be aped. I Lie Awake is an incredibly promising offering, and it feels like only a hint of where Steur will go.

Festival blankets the city with creativity