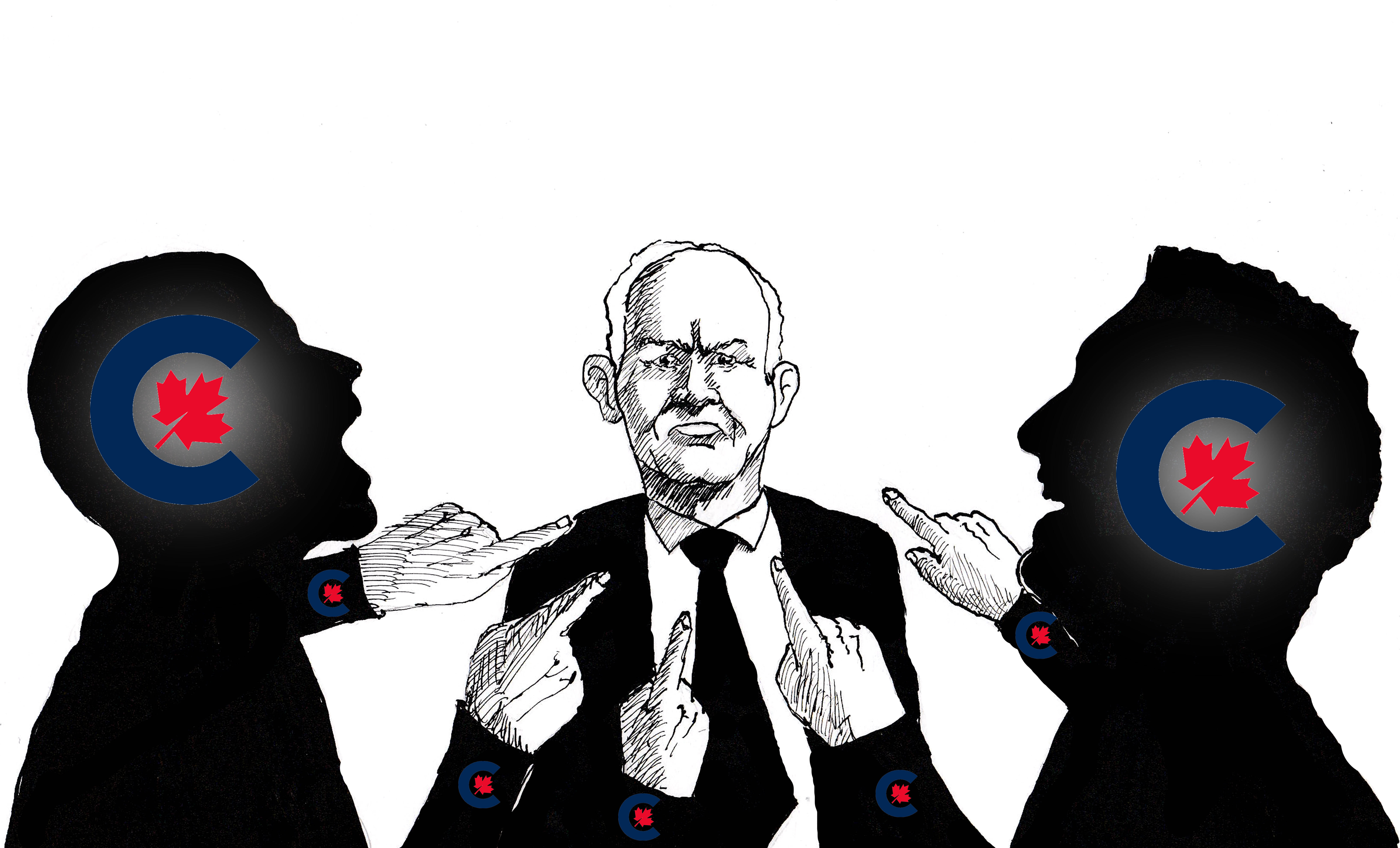 Conservative Party of Canada (CPC) leader Erin O’Toole has a problem. His party harbours an internal tension that threatens to rip the Conservative party apart. On one side of the rift is O’Toole’s push to embrace big-tent politics — a broad-spectrum approach to political thought. On the other hand, dedicated social conservatives are making O’Toole’s work as party leader as difficult as possible.

The modern CPC is a relatively young party. In 2003, the members of the Canadian Reform Conservative Alliance (CRCA) and the Progressive Conservative Party of Canada (PC) ratified a merger between their two parties. The subsequent union brought together the socially conservative populists from CRCA and the establishment Conservatives from the PCs. At its best, this combination led to the 2006 to 2015 reign of the Harper government. At worst, it has resulted in the kind of election-losing disunity displayed at the Conservative party policy convention.

The Conservative party policy convention took place over the weekend of March 18. Leading up to the convention, there was a hesitancy to vote on divisive policies that has garnered significant media attention. Despite the best efforts of anti-abortion groups like Campaign Life Coalition, not a single anti-abortion proposal reached the convention’s delegates. Much like the Harper government, O’Toole is pro-choice but allows for party members to vote with their conscience.

Unfortunately for O’Toole, huge swathes of his party are beholden to anti-abortion organizations. Almost 40 per cent of CPC national council members were openly endorsed by anti-abortion groups. This is a problem for O’Toole’s leadership due to the fact that the national council has significant power over campaign budgets and, as a result, selecting local candidates. Campaign Life Coalition wrote in its report on the convention that “the number of councillors who will fight against the disqualification of pro-life, pro-family candidates has grown by [75 per cent]. It might even be as high as [100 per cent]. There are now seven elected councillors, and possibly an eighth, who will fight against the disqualification of social conservatives.” The report goes on to gleefully discuss how pro-O’Toole candidates were successfully blocked in four Ontario nomination races.

While Campaign Life Coalition does not encompass all of social conservative thought and activism in Canadian politics, its influence and prominence during the convention was impressive. A motion to recognize the existence of climate change was rejected with a 54 per cent majority. The motion offers the barest acknowledgement of climate change and states, “We recognize that climate change is real. The Conservative Party is willing to act.”

Even this mealy-mouthed acknowledgement was a bridge too far for Campaign Life Coalition. They took it upon themselves to distribute a policy package which offered a voting guide linking climate action to attempts by global elite to partake in population control. The voting guide alludes the preposterous claim that global warming is purportedly being used as an excuse for elites to control populations through sterilization and abortion.

O’Toole has repeatedly stated that he does not want to see his party painted as climate change deniers. After the motion was struck down, a frustrated O’Toole told convention delegates, “I will not allow 338 candidates to defend against the lie from the Liberals that we are a party of climate change deniers.” It seems as though the Liberals can leave their paint and brushes at home, as the Conservatives have already done the hard work for them.

Further, O’Toole’s alienation from the social conservatives has a long history. The catalyst, however, was O’Toole’s decision to oust Member of Parliament Derek Sloan from the Conservative caucus in late January. A favourite among the far-right, Sloan espoused conspiracy theories and was accused of anti-Asian racism for his comments toward Chief Public Health Officer Theresa Tam. Sloan’s ousting stemmed partially from accepting donations from a known white nationalist. Many Conservative representatives did not like Sloan, including O’Toole, who said Sloan exhibits a pattern of “destructive” behaviour.

Campaign Life Coalition took Sloan’s expulsion from the party hard and accused O’Toole of trying to deflate social conservative enthusiasm. While Sloan’s removal is a loss for the Canadian far-right, it was undoubtedly a good move for the party as a whole. Especially when it comes to engaging moderates and the centre — a goal O’Toole needs to achieve in order to have a hope of defeating the Liberal Party of Canada in the coming elections.

The saddest part is that O’Toole seems like he wants to do the right thing. After the U.S. Capitol building riots on Jan. 6, O’Toole shifted his rhetoric. He openly denounced the far-right presence in the CPC, ousted Sloan and adjusted his shadow cabinet.

The mainstreaming of far-right rhetoric over the course of the U.S. presidency emboldened conservative extremists in Canada. The Campaign Life Coalition is exploiting the party process as a means of imposing its values through policy. Only time will tell if there is still room left in the right for cooler heads to prevail. Otherwise, the next election may be lost to radicalism.