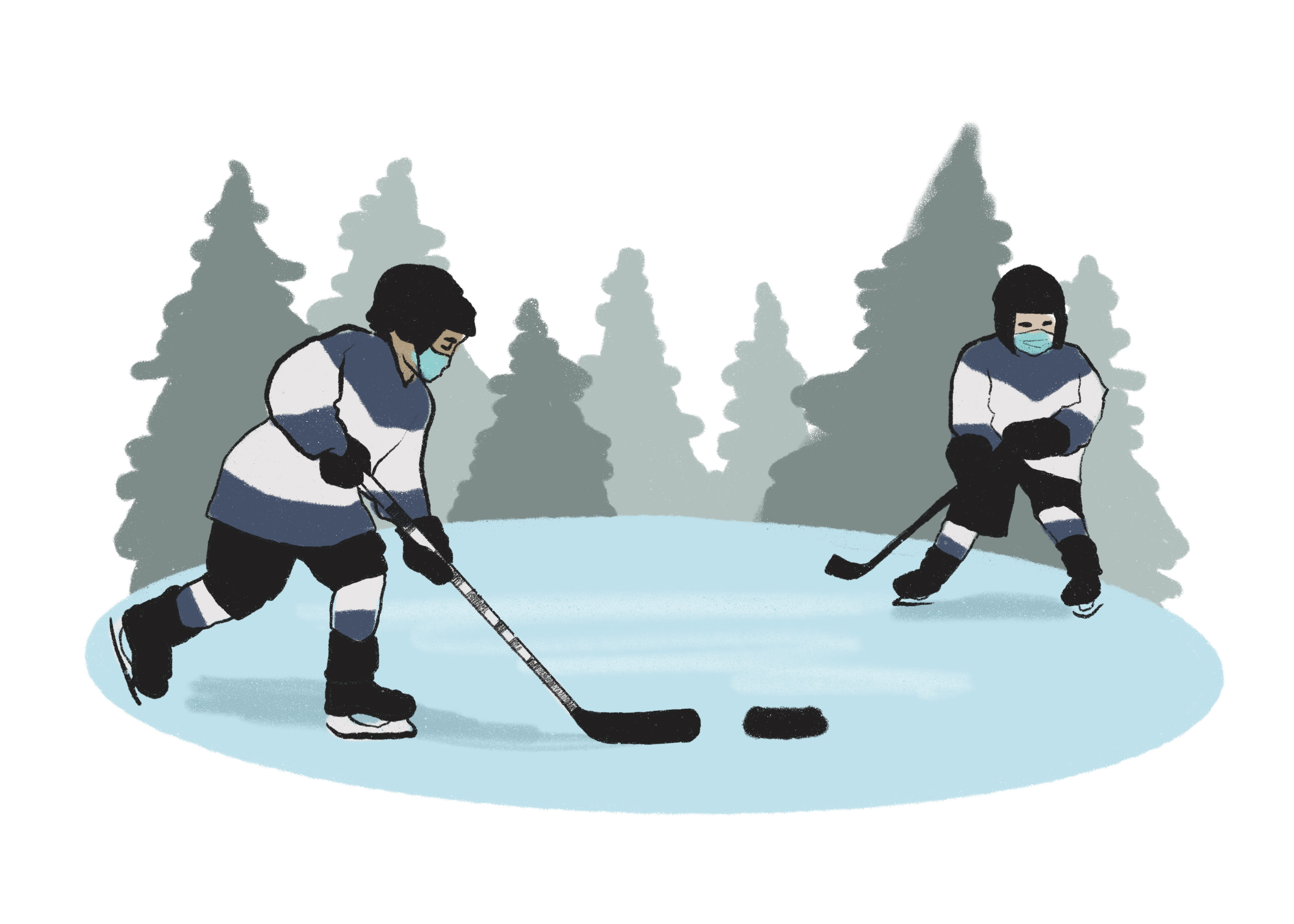 While the province remains under code red protocol, restaurants, places of worship, tattoo parlours, libraries, museums and art galleries were able to open for the first time since November. While a 25 per cent capacity limit was implemented for these businesses, it offered owners and patrons a chance to begin a return to normalcy not experienced since the fall.

The reaction from gym-goers and athletes toward the lighter restrictions has been generally positive. Although the health and safety of Manitobans was the number one priority for the fitness community, mental health advocates have cited the risks involved with shutting down gyms, isolation and what a lack of exercise can do to one’s psyche.

Thankfully, Manitobans experiencing these types of issues were given the opportunity to safely return to sport.

One Manitoban who was extremely excited for the lighter restrictions was Andy Kollar, manager and head instructor of the Ice Lab, a hockey goaltending school owned by True North Sports and Development.

Kollar minded the net for four years with the University of North Dakota before embarking on a three-year professional career. Returning home to Winnipeg with his family, Kollar was then hired to implement his goaltending knowledge at the Ice Lab.

With years of experience playing and coaching young and old goalies, Kollar understands the impact not participating in one’s sport and a lack of exercise can have on young athletes’ health.

“It has affected my students both mentally and physically,” Kollar said. “We work on positive habits [and] creating proper mechanics of movement through repetition. So, not being able to train on a regular basis has set back the progress we have been working on physically. Mentally not being able to do something you love was hard, too. This is an outlet for a lot of kids to come and gain confidence.”

Specializing in one-on-one coaching for young goaltenders, the Ice Lab had the credentials to fit into the province’s lighter restrictions and was one of the few fitness facilities that was granted the opportunity to return to operation.

“The reaction I see from our side of it is ‘relief,’ ‘happiness, ‘weight lifted’,” says Kollar. “You can see on the kids’ face a sense of normalcy has been given back. It’s more than a game we create here. It’s a safe place to come and feel like you’re accomplishing something no matter what age or level you are at.”

the remainder of their seasons, one-on-one coaching facilities have become the only place for young hockey players to be able to work on their craft indoors.

However, the great outdoors has also become a new space for coaches and players to gather. Thanks to the new restrictions, some of Kollar’s students from the Ice Lab have gotten the opportunity to see their friends and play the game they love under safe conditions.

“I have heard of many teams booking ice at the outdoor rinks since it’s been allowed,” Kollar said. “I know many parents and kids that have been waiting a long time to be able to go back and be a part of their teams they really missed.”

“The fact that these kids are getting a chance to see their friends again in a setting that doesn’t include FaceTime, Zoom, [Microsoft] Teams […] it’s a big deal.”

All fitness facilities need approval by the province to open and allow athletes to participate in activity. Without this approval and a number of safety protocols implemented by facilities like the Ice Lab, a return to sport would not be possible.

“We do screening at the entrance, we have [placed] hand sanitizers in every nook and cranny of the building, we have implemented a mandatory face mask rule on and off the ice,” Kollar said. “Mandatory distancing while in the building are some of the procedures off the top of my head.”

As COVID-19 numbers in Manitoba continue to fall and the provincial government’s vaccine rollout plan has just begun, athletes and gym-goers will surely be hoping for even more opportunities to return to sport, and hope that safety precautions will prevent COVID-19 from closing fitness facilities in the future.

Kollar knows that is a real possibility and reminds his students to focus on the positives and what they can control in the present.

“Put everything you can into that moment,” Kollar said. “You never know when it will be taken away from you.”