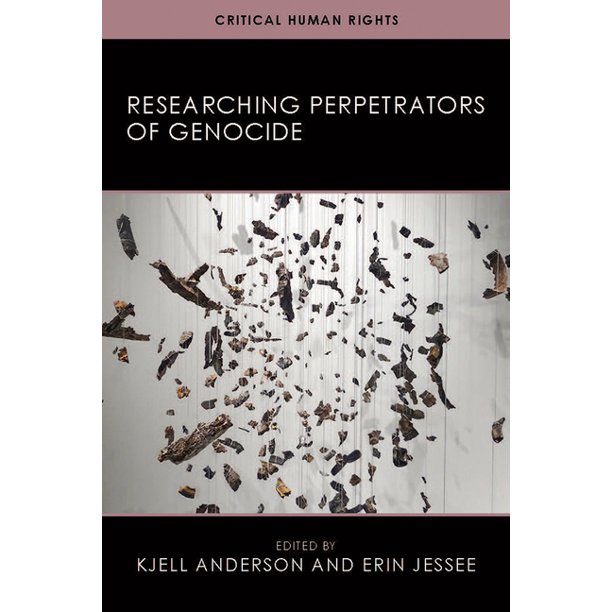 A new book co-edited by Kjell Anderson, assistant law professor and director of the University of Manitoba’s master of human rights program, examines the methodology and pitfalls of conducting research on perpetrators of genocide.

Anderson, along with co-editor Erin Jessee of the University of Glasgow, will launch Researching Perpetrators of Genocide on March 11. The event will be hosted by the Perpetrator Studies Network with the co-operation of the Scottish Centre for War Studies and the U of M’s Centre for Human Rights Research.

“The book is about the perpetrators of mass atrocities,” Anderson said.

“Basically, it brings together people who have done this kind of research in different contexts […] It’s basically about what are the methodological and ethical dilemmas that you face in doing that kind of research.”

The book aims to explore the unique challenges that researchers face when working with perpetrators of genocidal violence, as well as the prejudices that often accompany that research. A collection of case studies by academics from various disciplines provides insight into fieldwork from experts with firsthand experience.

“Our philosophy was really just to reflect on what we have done personally and to also learn from what other people do in similar situations,” Anderson said.

He explained that the book can benefit those who are already doing research on this topic as well as others interested in social science research in general.

“Maybe it’s an unusual case in some ways, doing research with perpetrators, but a lot of the same issues also arise in other kinds of research,” Anderson said.

Working with perpetrators of genocidal violence can raise a number of moral clashes, but the key is to minimize these clashes by using standard social science protocols.

“In a way, they are like other research subjects,” Anderson explained.

However, complications come from more than just the researchers and subjects themselves.

“There are a lot of difficulties,” Anderson said.

“Some of them come from the sensitivity of the topic. Sometimes governments are reluctant for you to do this kind for research, or they try to interfere with your research, so that’s a challenge, navigating that.

“Of course, sometimes people also perceive the research negatively, in the sense that they think that [in] understanding the perspective, you endorse that perspective, which of course isn’t the case. Like any social science, we’re trying to seek an understanding of how other people think.”

In fact, Anderson and Jessee had some trouble finding the geographical spread of authors they were aiming for and ended up having fewer contributors than they hoped.

“People are nervous both about the word ‘perpetrator’ and the word ‘genocide,’” Anderson said.

“These are two heavy words.”

Researching Perpetrators of Genocide is intended to fill a gap in the field, with little published discussion of how to achieve better research in the field.

“We didn’t see a book like this out there, so we decided to make it ourselves,” Anderson said.

The book ends with a “code of best practice” for conducting research of this kind, which Anderson said is not meant to be definitive, but rather a guide toward improvement.

“Our hope is really that it just moves the conversation a bit further along,” he said.