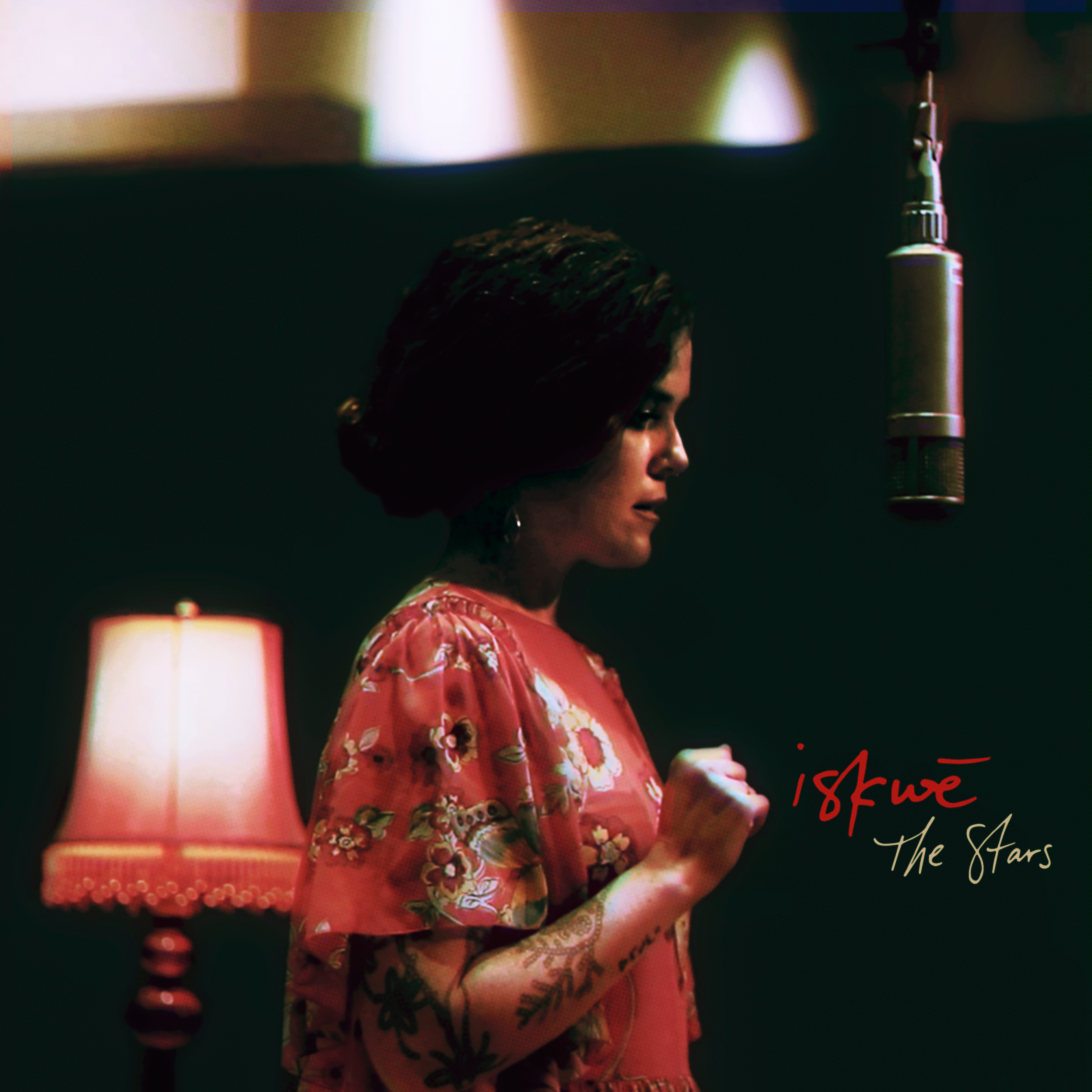 Image provided by What's the Story?

Iskwē’s acākosīk was a big record — massive walls of guitar, surges of programmed beats and spirals of synth that blew her commanding songs of reclamation and healing into the stratosphere. The 2019 album was difficult to ignore, and it seems it was just as hard to shake; iskwē’s latest, The Stars, is a reimagining of acākosīk’s enormity, stripping away the corroded guitars and electronics in favour of piano and strings.

The record’s artwork lays out this new domain with obvious purpose, joining a lineage of iconic photographs of artists like Billie Holiday or Aretha Franklin — the singer approaches the mic with quiet intention, prepared to unleash a whole universe from their mouth. And unleash she does. The Stars may be a reimagining, but it’s not exactly stripped down. There are fewer instruments and the electronics have been jettisoned, but The Stars is every bit as bombastic as its sister record, swelling and crashing in great waves of feeling.

It is moving for its sheer force alone, employing the same gut-punching bravado of a good soundtrack, the climactic build that puts a lump in your throat whether or not you care about what’s happening on screen. In terms of pure impact, it’s an effective approach to the source material. However, it sometimes feels like replacing one brand of overwhelming for another. The enormous “Night Danger” feels baggy when it should soar. It is when iskwē pares down the original recordings further that The Stars takes flight — the clean, string-led reimagining of ballad “Sweet Tuesday,” the solo rendition of previously communal “Interlude,” or the nearly art-punk saw of “Breaking Down” are far more successful, bringing a different sort of energy to these heart-pounding songs.

The record closes on the previously-Tanya-Tagaq-featuring “The Unforgotten,” which also avoids the overwhelming renovation that swamps “Night Danger.” It’s one of iskwē’s most affecting songs — still strong even without Tagaq’s magnetic presence — and it demonstrates the clarity that comes from letting these songs breathe. While it’s not uncommon for artists to re-record works in this way, it is perhaps more surprising when the artist is as committed to maximalism as iskwē. This also explains why some of these tracks could use further paring — they may have benefitted from shifting the emotional landscape even more significantly. Still, it was a worthy experiment, and the majority of The Stars matches or even exceeds the impact of acākosīk — sometimes less really is more.