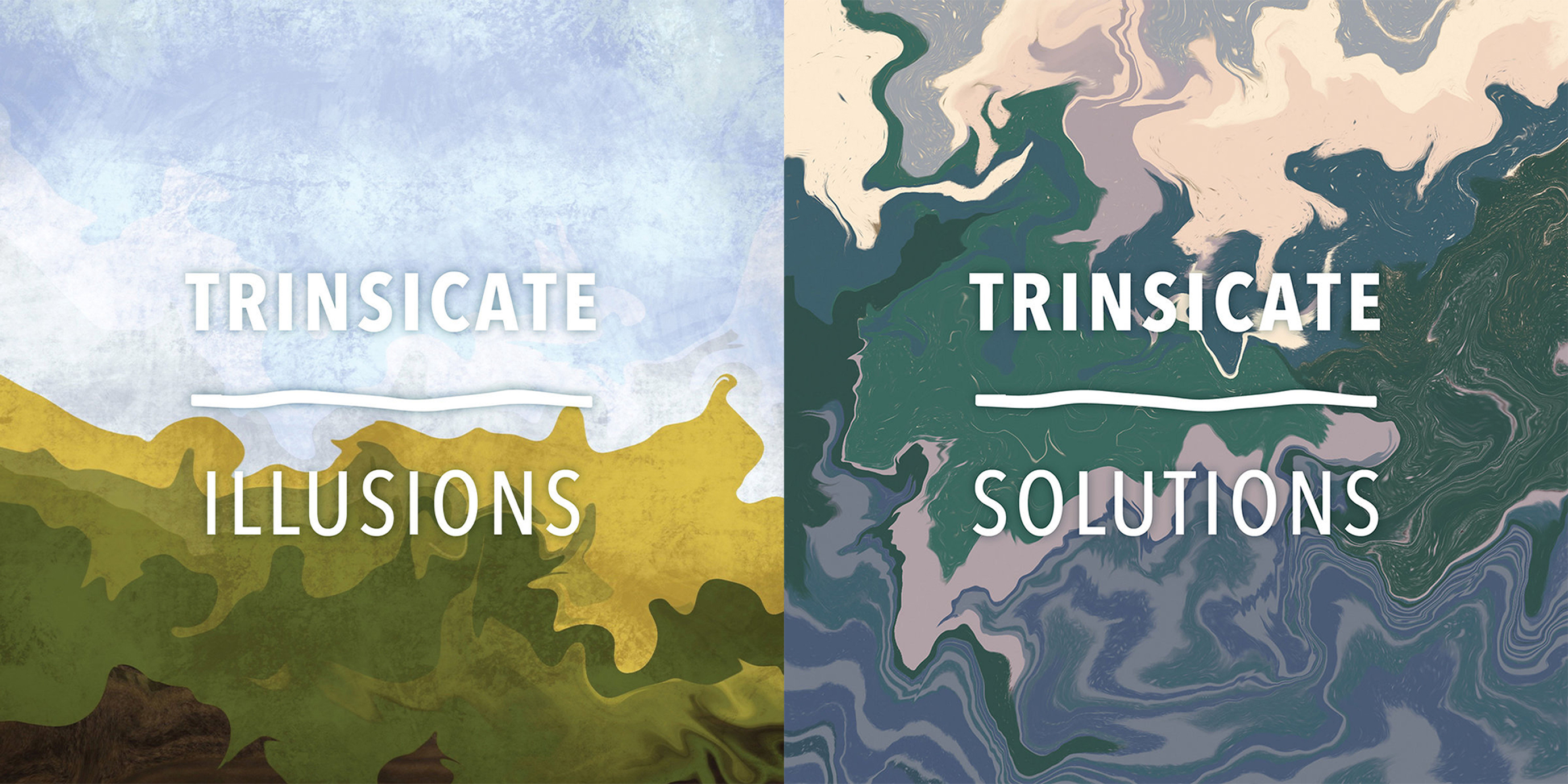 A web search of the word “trinsicate” uncovers more questions than it does answers — it might be an old English word meaning to ooze or converge, it might be a shortening of “extrinsication,” the act of externalizing, or it might mean nothing at all. What is clear is its onomatopoeic pull, the way it conjures images of complexity, knottiness, intricacy and complication. It is this imagined meaning that makes most sense when considering Tim Friesen’s Trinsicate project — dense, referential art-pop that twists and contorts decades of popular music into neon-coloured splatter.

The brainchild of Mariachi Ghost member Friesen, with arrangement and production work from Craig Boychuk, Trinsicate’s story began way back in 2016. However, it would be four years before the first record, 2020’s bombastic Solutions, saw the light of day.

“We had kind of made an agreement, Craig and myself, that we would only release it after we were both happy, and there were some technical difficulties that we had,” Friesen said. “I guess we were looking for a certain sonic texture that would kind of be a little bit different than what we had worked on together.”

Years of tweaking and not-quite-getting-it, combined with Boychuk’s move to British Columbia, made for a constantly mutating collection of music — Friesen said there are hundreds of versions of the record, a sound map of the last five years.

“It was quite a process and journey, and we went through a lot of personal and life changes, both Craig and myself,” he said. “It kind of became a soundtrack for that era in our lives.”

What Friesen didn’t know was that starting work on his second Trinsicate record would be what finally closed the chapter on the first — this year’s Illusions is the polar opposite of the tricky soundscapes of Solutions, a quiet companion piece that trades all the bombast for glittering piano and open space.

“It’s definitely a more minimal approach, and I think just [being in] that kind of relaxed vein, it helped us to finish the first project,” he said. “We were able to kind of hear it differently. I’ve kind of jokingly said that we found our solutions through Illusions.”

The long, complicated journey to both Solutions and Illusions wasn’t necessarily surprising to the collaboration-driven Friesen, who said the total freedom of creating solo work can sometimes overwhelm the process.

“When I’m writing music for myself, or for Trinsicate, I have more of like a blank canvas, where I hear a lot more possibilities of how the music could sound in the end,” he said. “Whereas when I’m collaborating with an artist, a lot of the canvas has started to be completed by other musicians.”

While the burden of choice nearly derailed them, their records seem better for it — two complex labours of love that bear their ambition and care proudly. They’re the kind of grand, spirited works that might be more difficult to conjure after a year of isolation and lockdown, when inspiration is hard to come by and malaise becomes the default setting.

“I think starting around November or December it really started to wear on me, and I haven’t been able to write or record very much,” he said. However, as spring returns and an end seems to be dangling somewhere in the distance, the cogs have started turning again. “I got my first idea last week, that was the first song idea I had in maybe […] three months or so,” he said, laughing.

If Solutions and Illusions prove anything, it’s that one idea quickly becomes 10, becomes a thousand, becomes two entire records. Whatever Friesen comes up with next will likely be worth the wait — the canvas needs filling again.

An experimental exhibition in more ways than one