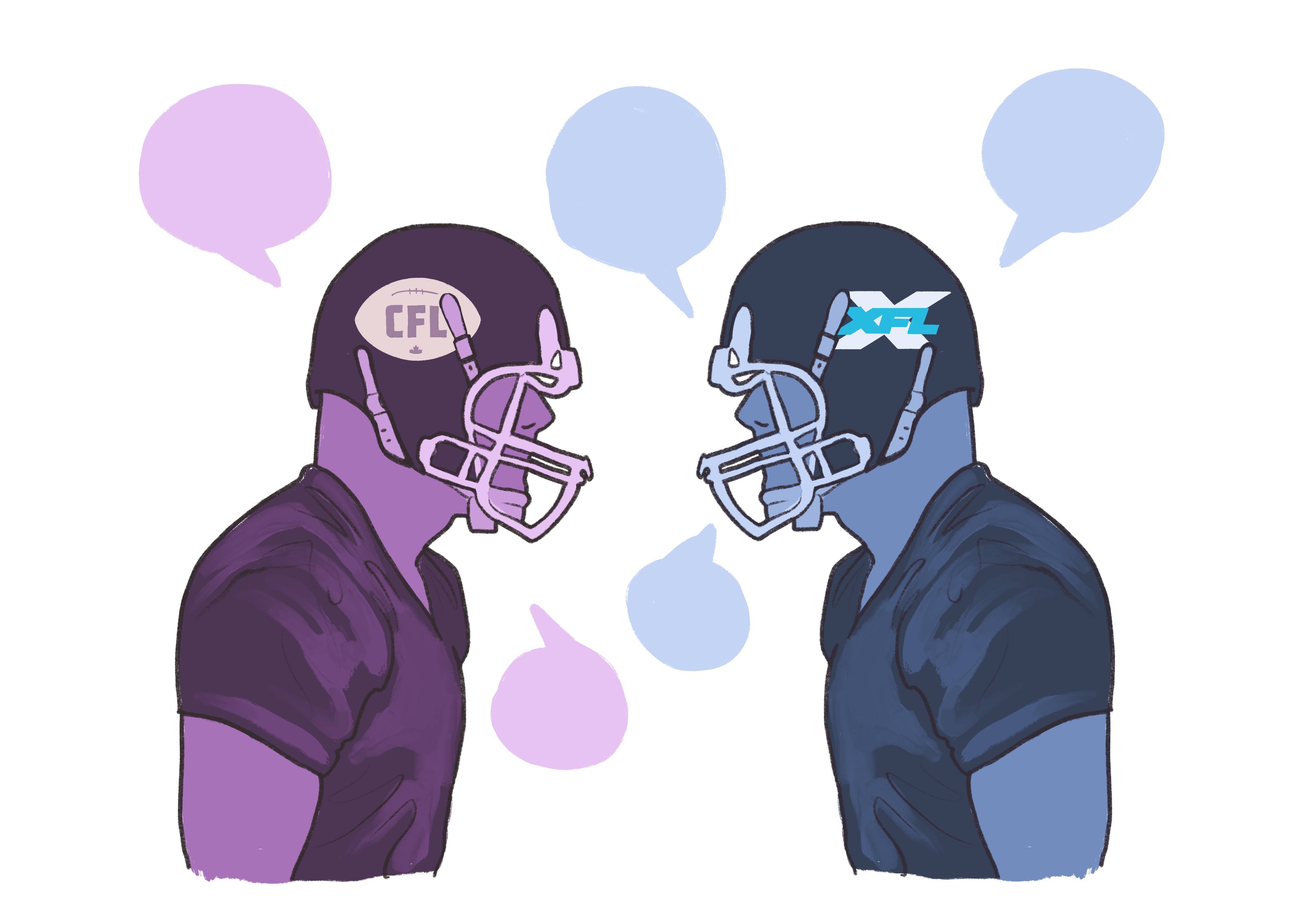 On March 10, the Canadian Football League (CFL) commissioner Randy Ambrosie announced that the CFL was involved in discussions with the XFL on future opportunities.

Started by WWE chairman Vince McMahon, the XFL plays an alternative version of four-down American football. The league prides itself on its engagement with fans and giving ex-college players who don’t have NFL contracts an opportunity to play professional football in America.

Although the league has only played for less than one season in its current iteration, many players were thrilled with the level of football played and the entertainment value the league provided to the fans. Many players were also able to be signed to NFL contracts after the XFL season concluded.

Midway through that first season, the COVID-19 pandemic halted the league’s inaugural season.

The CFL has also faced its challenges as of late. After the 2020 CFL season was cancelled due to the COVID-19 pandemic, the league faced more financial troubles. It suffered financial losses of over $20 million in 2019 and lost between $60 to $80 million by the end of the 2020 as a result of the pandemic.

After the Canadian government denied a request by the CFL for financial assistance, it became clear that the CFL would have to think outside the box if it hoped to continue to operations in the future.

Despite these financial hardships, the two leagues are persevering in the hopes for future financial security in spite of the pandemic.

The CFL has announced a 2021 season schedule while the XFL is planning for a return in 2022.

The XFL also has new owner in Dwayne “The Rock” Johnson. The superstar actor is a former CFL player and WWE wrestler.

While the two leagues have been tight-lipped about what the topic of conversation could be, news outlets, fans and players suspect the topics could surround a future alignment where CFL and XFL clubs play games against each other.

This would not be the first time the CFL has explored south of the border. In 1993, the league expanded adding a team in Sacramento, Calif. and by 1995 there were five CFL clubs based out of the U.S.

In 1995, the Baltimore Stallions won the Grey Cup, becoming the first and only American champion of professional Canadian football.

Even with the Stallions’ success, the CFL’s attempt to market itself in the U.S. was a failure overall.

U.S. teams faced poor attendance records, rocky ownership and a substandard level of play. Subsequently, all American franchises would fold prior to the 1996 season.

Canadian fans were also put off by the idea of their country’s league being infiltrated by subpar American clubs, a sentiment CFL fans continue to express today. Football in Canada has history that dates back more than 150 years.

Even the league’s championship is held in very high esteem. The Grey Cup was created by former governor general of Canada Earl Grey in 1909.

The XFL, on the other hand, does not have an esteemed history like the CFL. The league was only in operation for less than a full season.

If CFL fans are concerned about a possible overhaul of their beloved Canadian football, they should be assured that the two leagues are moving very slowly in their discussions.

In a recent interview, Ambrosie talked with 3 Down Nation’s Justin Dunk on how the two leagues are conducting their discussions.

“I had a great moment earlier today when [Stephen Shamie] and I got to call the players’ association, and it was good because something we’re really trying to do well is to talk with the players about things,” Ambrosie said in the interview.

“We are putting no expectations on this other than two highly energized groups that see value in what each other does, and how might we help grow the game of football together and collaborate.”

Johnson also offered encouraging words via Instagram to fans both sides of the border.

“As an owner of the XFL, our discussions with the CFL have been very exciting,” Johnson wrote. “There’s a real pulse here because you can feel the unique opportunity we can potentially create together.”

No matter what the result of these discussions is, the perspectives of the fans and players will be at the forefront.

While some Canadians have had mixed emotions regarding news of the discussions, they should be comforted by the fact that the CFL is not attempting to make any drastic moves.

XFL ownership respects the CFL and the history of Canadian football. Expect Ambrosie to be cautious in his talks with the XFL.

The previously attempted American CFL expansion as well as the optics surrounding the XFL and its wildly different approach to marketing itself will likely play a part in Ambrosie’s decision-making.

If he hopes to preserve the authenticity of the CFL, he should continue talks with Johnson and the XFL very cautiously, and only make deals that benefit the players and the CFL’s fans.