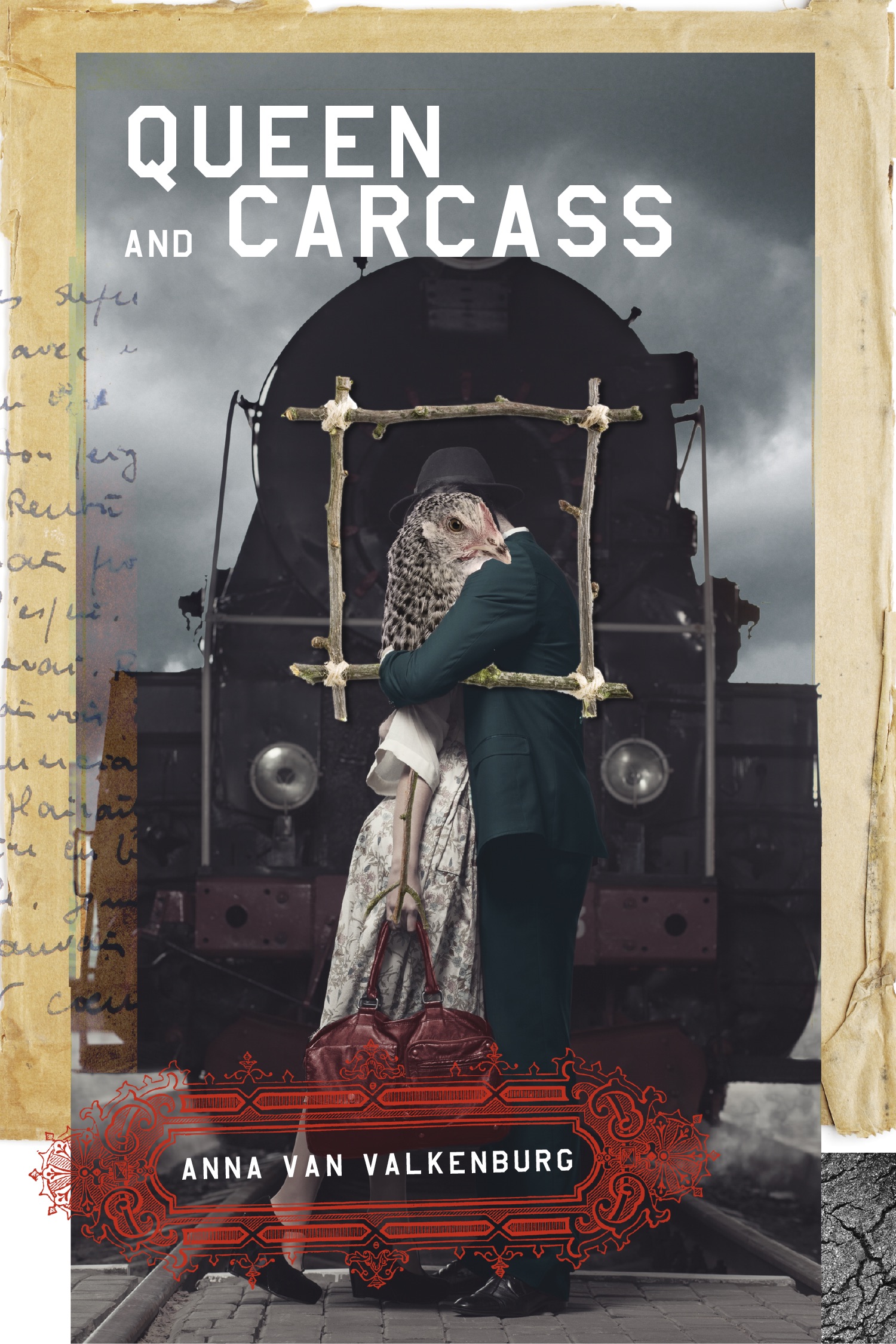 Filled with vivid metaphors, volte and rich imagery, Queen and Carcass is captivating, tracing the line between darkness and beauty and weaving the two together seamlessly to create a surreal world that one can nearly feel on their skin as they read. Through both short and long form poems, van Valkenburg has truly created an enchanting collection of work that allows us to dive into the themes she presents in a fascinating otherworldly manner.

One of the ways these ideas are explored in Queen and Carcass is in van Valkenburg’s use of figures from Slavic folklore, such as rusalka — a female entity that often harbours hostility toward mankind. This not only speaks to the author’s Polish background, but sets various archetypes plucked directly from the collective unconscious into settings both real and imaginary, where these characters pursue truth, no matter how uncomfortable or difficult that might be.

We begin stepping into van Valkenburg’s surreal, psychological landscapes in “Melodies,” the first poem featured in Queen and Carcass.

Its two initial stanzas activate all the reader’s senses and begin to simultaneously present and question the duality and ambiguity of identity and phenomenological experience, engaging the reader immediately.

Yet for all their dreamlike qualities, not all of van Valkenburg’s poems are completely ambiguous or take place in a fragmented, Boschian plane. “Citadel,” for instance, begins by speaking to a very common childhood experience and feeling — the breathless fear that comes with running down into a dark cellar or basement to complete a chore. Van Valkenburg manages to capture this feeling in a unique, lyrical sense, all while establishing a strong tone as the rest of the poem unfolds.

Another highlight in Queen and Carcass is the collection’s concluding poem, titled “An Afterword: Oath of Modern-Day Rusalka,” in which the author reflects on all the people she once was and has yet to become. In this poem, van Valkenburg utilizes abstract yet detailed similes and metaphors to paint us a picture of the identity she sees herself personifying in the future.

The poem’s last two stanzas finish with a simple, yet profound statement that resonates with a broader understanding of what it means to be human:

“I don’t have to be physical./I don’t have to have colour or structure/in the soft of a palm; I can be air/that lives inside one lung/then pushes into another./I will be the pushing.//I will be a verb, a zoo, shoe leather/after rain. At the very least,/I won’t become an adjective.”

This powerful sentiment — that we exist and live as nouns in action and not as definitively stable descriptors that lay on the surface — is the essence of Queen and Carcass and is a deeply meaningful, psychological reflection of how identity shapes our perception of an active role in the world around us.

Sarah Klassen — ‘The Tree of Life’