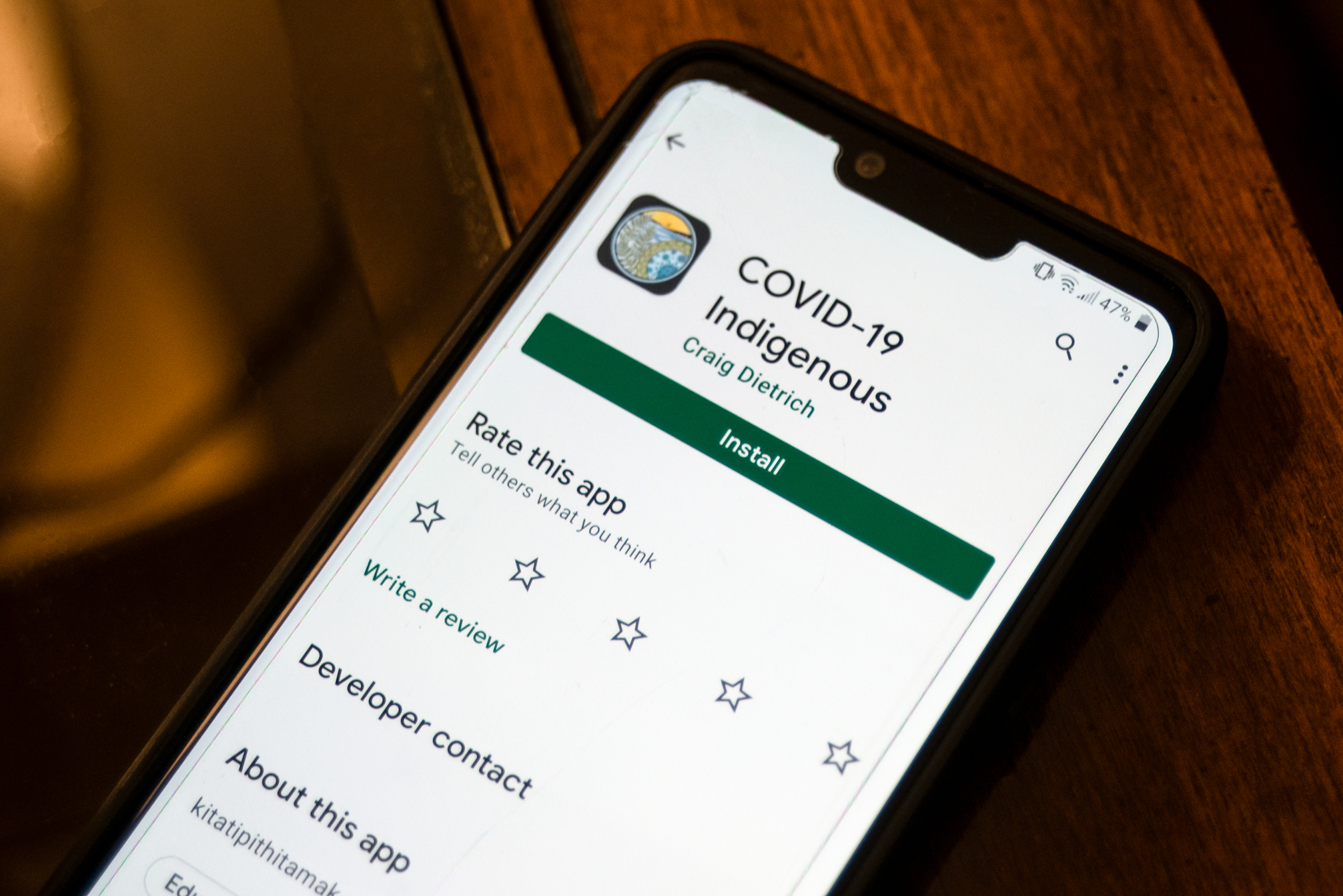 Researchers at the University of Manitoba, in close collaboration with Indigenous partners, have developed a mobile application to assist Indigenous communities with the current pandemic.

Available on Android and iOS, the COVID-19 Indigenous app aims to aid local community leaders and health directors who are working toward helping Indigenous communities in the pandemic by gathering concrete data from the participants.

The app is part of a larger research project named Kitatipithitamak Mithwayawin, which loosely translates from Cree to “hold ownership and control over the health and well-being of our own.”

The app was developed with the help of Evan Chamakese of Saskatchewan’s Pelican Lake First Nation, who acted as the digital health outreach co-ordinator, and U of M assistant chemistry professor Myrle Ballard, who is from Lake St. Martin First Nation in Manitoba.

“We wanted an app specifically for Indigenous peoples,” Ballard said.

The app collects the data of participants via an embedded questionnaire that reflects on impacts from COVID-19.

Ballard regarded the app as “unique,” explaining that no one outside a given local community will have access to the provided data without the community’s express permission.

The app has been in development since the fall and was launched for public use in early February. It took about four to five months to develop, during which team the team worked “very closely” with the developers.

“Its longevity is good because they will be able to use the app for different health stats that they want to capture within their communities,” Ballard explained.

The app was constructed to meet the diverse needs of Indigenous communities and gives the participants full control over their own data.

“Right now, Indigenous communities have no way of capturing their own data,” Ballard said.

“They rely on outside sources for their data. For example, they’re relying on the government, or also the provincial government, but sometimes they can’t access that because the various levels of government consider that data confidential.”

Ballard also spoke about the app’s potential for connecting members of the community during an isolating experience.

“Just filling out the questionnaire is a form of sharing of what they are experiencing […] that’s kind of a release,” she said.

Participants can share their feelings and experience using video, audio or writing. The real-time data collected will aid local health directors in advocating for the right policies and implementing effective programming for their communities.

“There’s different things on the questionnaire, different questions they’re asked [that] are very relevant to making informed decisions for the community,” Ballard said.

The app is a step toward giving the members of Indigenous communities a voice and to support and promote health and wellness within the communities, while giving them data sovereignty. Furthermore, it also gives access to cultural content created by Indigenous staff involved with COVID-19, which ranges from video content to infographics and pictures.

However, the project came with significant hurdles.

“A lot of First Nations are in remote locations,” Ballard explained.

The app also functions offline, where it will wait until getting an internet connection to upload questionnaires filled offline. Users also have the option to download cultural content to be viewed later.

The result is an app created to protect Indigenous health, both mental and physical, while keeping information at every step of the gathering and analysis process out of non-community hands.

“The data is theirs.”

ISP censorship in Canada is a recipe for internet corporatization