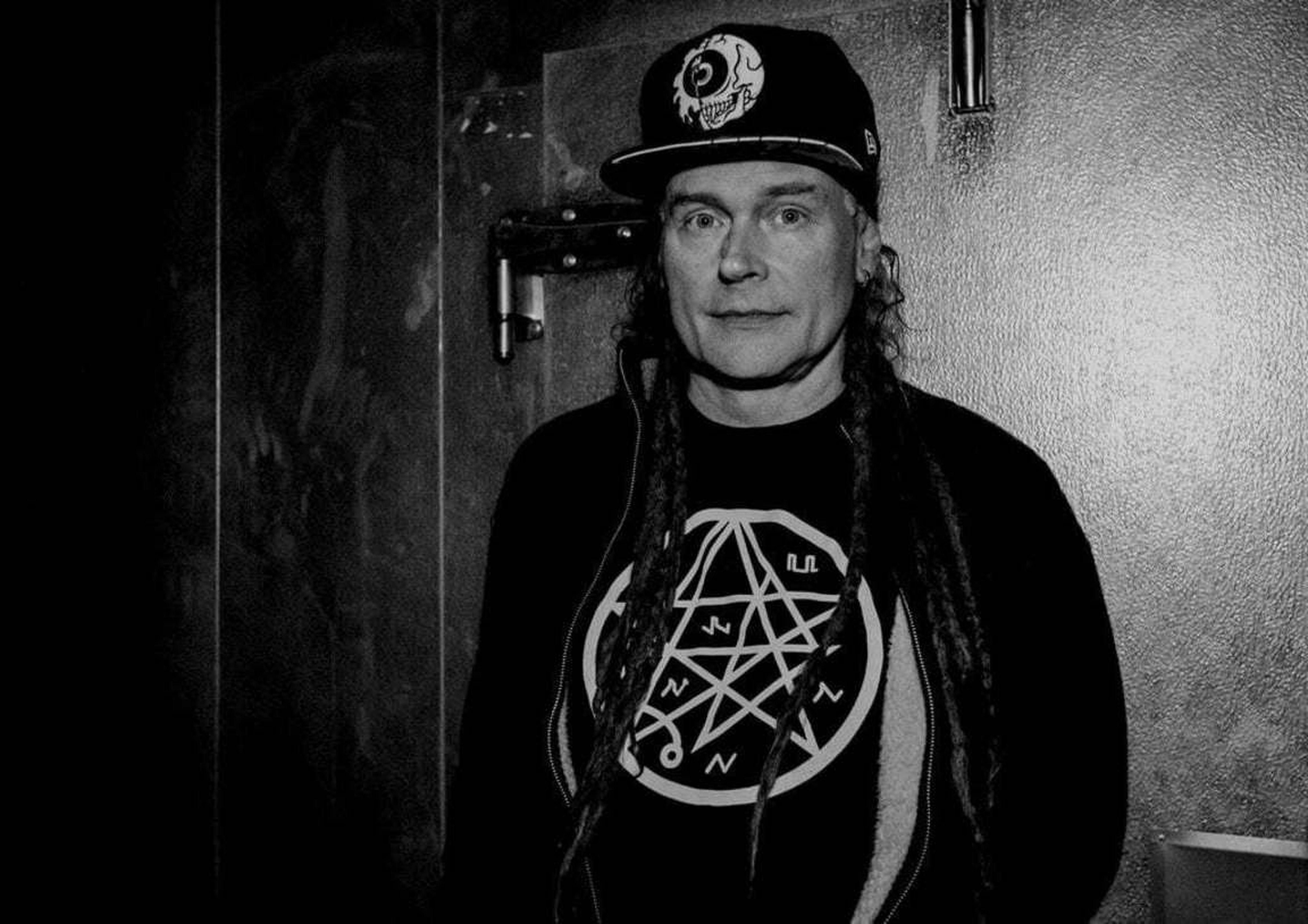 CEvin Key thought he knew Stanley Park. Having grown up next to the famous 1,001-acre parkland, the 60-year-old Skinny Puppy founder spent countless summer days riding bikes, eating ice cream and getting high among the towering trees. The land had a pull on him, and would reappear frequently in his work — Skinny Puppy’s influential 1990 record Too Dark Park is a reference to Stanley Park, and many of the legendary industrial band’s album covers were taken in or around the area.

It was a place of discovery and growth — formative in the truest sense — but looking back, Key describes a strangeness that he could never reconcile. He says he would sometimes stumble upon “energies and things [he] couldn’t really explain,” a rush of feeling that would warp his familiar surroundings. It would be decades before that feeling would clarify, and more time still before Key would shape it into song.

X̱wáýx̱way, Key’s fifth solo record, is a sonic ode to the Indigenous village site that stood in what is now called Stanley Park. A gathering site and home-base for Squamish, Tsleil-Waututh and Musqueam peoples, X̱wáýx̱way was the missing piece to Key’s understanding of the park. He had always felt something there and, now, he had a name for it.

“I haven’t had a chance to visit there since really learning,” said Key — who now lives in California — so, he decided to connect in a different way.

The record is a document of discovery, transmuting Key’s decades of harsh noise and industrial experimentation into a seasick pop patchwork of glitch and fuzz. Created following the successive loss of collaborators Dwayne Goettel and Phil Western, Key describes the record as an act of historical and personal restoration.

“[COVID-19] hit and I realized that it may be a good time to slow down and really just feel some music, and try and heal through devoting time to something,” he said, “so, really, this album was almost therapy.”

X̱wáýx̱way features a smattering of guest spots from lyricists and vocalists, including Key’s The Tear Garden bandmate Edward Ka-Spel on “Nightflower” and “Watching You.”

“I’ve never been a lyricist, so for me it’s always been about the music speaking,” Key said. “I’ve been lucky enough to be able to work with some very talented vocalists, and it becomes more special when you share a genuine connection with a person, so that when the words are added it opens the door to a deeper journey.”

The musical language shared on X̱wáýx̱way is heavy and shadowy, conjuring decades of spirituality and historical loss. However, it’s shot through with a sense of hope, a feeling of connectivity and discovery that colours even the record’s darkest corners.

“‘Resonance’ is really the closest I can come to expressing my innermost sadness, but sadness that has a sense of optimism,” he said. “I think I have always been overly optimistic, but this piece is really a soul-baring piece, and so it has that kind of deeper meaning.”

The entire record feels like Key baring his glitching, singular soul, and it’s a testament to his commitment to exploration that he’s still making music so rich in history and spirit 40 years on.

Still, on X̱wáýx̱way, Key seems more interested in telling a story that isn’t his — the story of the lost place that whispered to him so many years ago, the story of “a 3,000 year old village called X̱wáýx̱way that once stood there — its history rubbed out by colonialization.”

“The next time I visit,” said Key, “I know that I will have a greater understanding of what I’m feeling.”

Finding connection and healing through art and land