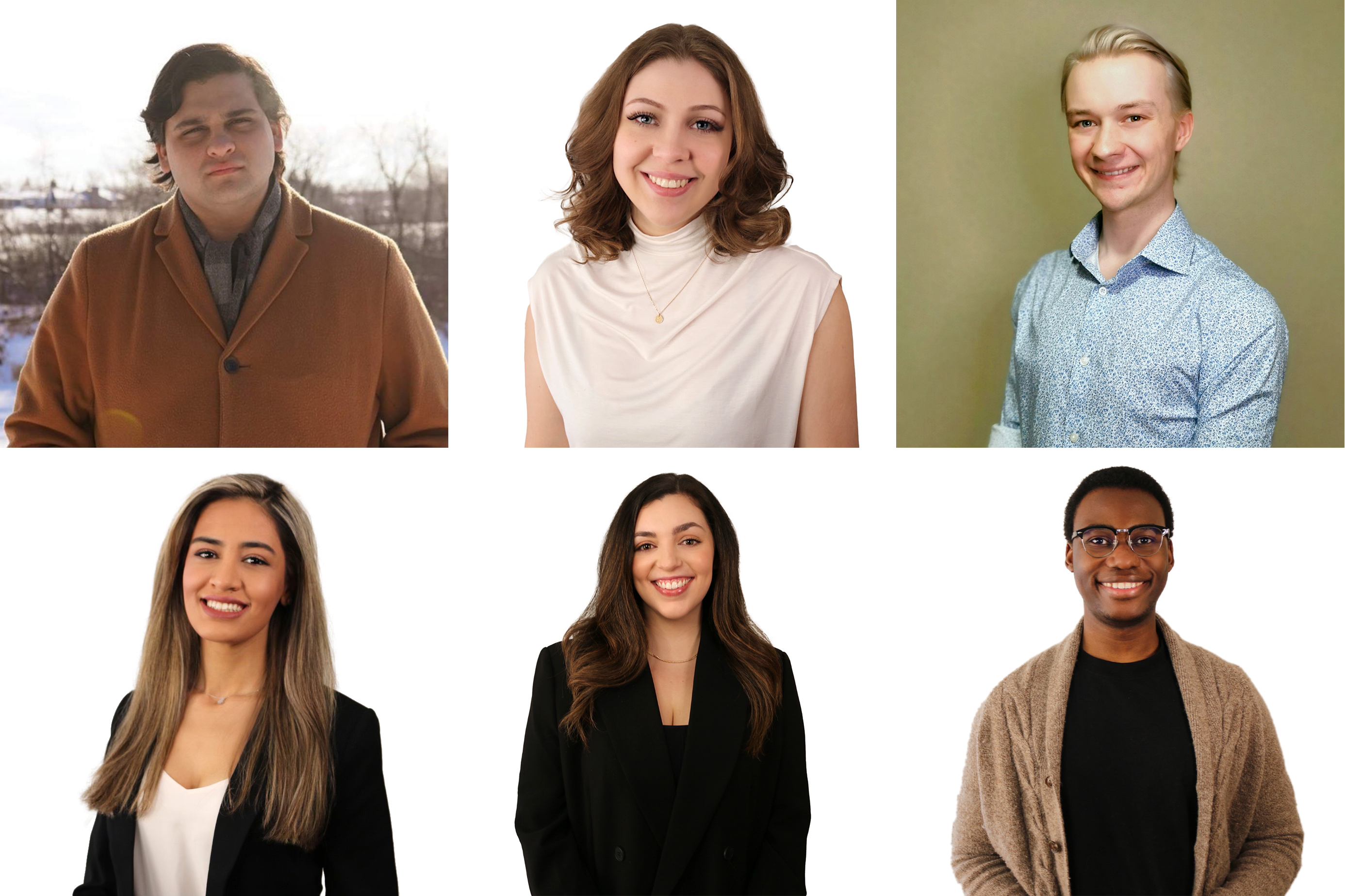 Currently in his first year of political studies, Justin Langan is a celebrated activist and journalist.

In 2020, he was recognized as one of Canada’s top 25 environmentalists under 25 by the Starfish Canada and also received the CBC Manitoba Future 40 Under 40 award. He also received the Sharon Johnston Champion Mental Health Award for his mental health activism.

As VPSL, Langan would work toward changing the way students are treated at the university, acting as a strong voice for student rights and ensuring that student voices are “heard and echoed at the very top of the executive.”

“Why elect the same thing that hasn’t been working? It’s time for a change, it’s time to put students first,” he said.

Langan’s priorities are bringing his experience in mental health advocacy — including with the MMF and federal government — to improve existing supports.

“I will push for more communication from the administration as to why students are paying for unknown fees and fees for services they can’t access,” he said, making reference to the fact that he is a student learning from Swan River, Man. with poor internet connection and the inability to access most facilities.

He also wants to revitalize student life, drive up engagement with the union and improve communication with student groups.

“I shouldn’t be the only one showing up [to community assemblies], I’m in my first year,” he said. “I’ve had to look how to be involved, it should be shared to me, how I can become involved.”

“I’m gay and Métis, I know how crucial and important representation is, [how important] consultation, meaningful consultation is,” he said.

“Don’t just hope for a better student life, vote for it.”

A fifth-year student in the faculty of science, majoring in biodiversity and evolutionary biology, Savannah Szocs is the current VPSL.

With UMSU, Szocs has been the VPSL and in that role sat on 17 different committees including UMSU’s sexual violence steering committee.

“For me, one of the biggest priorities is the sexual violence issue that exists on our campus,” she said. “I feel like a little progress is being made but unfortunately it doesn’t contribute much to the overall big picture of the issue.”

“I think that it’s time someone really put in the time, effort and dedication into really creating change within that area.”

Szocs plans to advocate for the U of M to adopt a more survivor-centric approach to dealing with instances of sexual assault. This would include pushing for the adoption of anonymous online reporting.

In the last year, Szocs has worked at administering UMSU’s hardship fund — a fund available for members who are experiencing pandemic-related financial hardship — which saw unprecedented demand in the face of the COVID-19 pandemic. If elected, she plans to work to expand the hardship fund in the coming year.

“The core aspect of the VPSL role is first and foremost to be an approachable, accessible and engaged member of the U of M community and to be able and willing to form connections with as many students as possible, lend a listening ear to any student who voices a concern,” she said. “It’s also so important that you exist for the students and use their voice within the position.”

Candidates for vice-president finance and operations

In his fourth year of studies in mechanical engineering, Brook Rivard has been the director of finance for the Resident Students’ Association Council (RSAC) and the Arts Student Body Council (ASBC), treasurer for the U of M Model United Nations Club, as well as treasurer for the UM Anime Club.

He was also previously a resident adviser on campus.

While working as the director of finance for RSAC, Rivard played a role in changing the constitution of the council and reduced the number of positions on the council to “more accurately represent the needs of students.”

“With residence councils […] you actually do get a bursary,” he said. “I felt that minimizing the amount of money that goes into just paying the council would help benefit actually throwing events and planning for students to actually help them.”

He is also currently working toward participatory budget planning with ASBC — which he also plans to expand for UMSU.

Rivard’s priorities are in enhancing the transparency of UMSU and connecting with students.

Toward these ends, he wants to model UMSU’s disclosures after that of the Waterloo Undergraduate Student Association (WUSA).

Annually, WUSA releases an approximately 74-page report on its financials which includes a clear overview of where money was spent and why, including many pages of definitions to make the report more accessible.

For Rivard, the most pressing issue to be addressed by UMSU is the “disconnect” between the union and its members.

“You can see it on the student side, by […] the lack of engagement with this election cycle,” he said. “There’s really no reason that it should be an incumbent slate and three independents. You would really hope for more representation from students, more choices for people, not only having three positions be contested.”

In her second year of studies in computer science, Mehrnaz Sadrol has gained leadership experience through high school and into university.

In high school, Sadrol served as both the treasurer and president of her school’s student union. She also co-founded a charity which assists in building elementary schools throughout the country.

“I learned how to plan a budget and how to raise money [for] events and how to help students,” she said. “And not only students in my own school.”

She has served as the president of the U of M Iranian Students’ Association and currently serves on the UMSU finance committee.

Through her experience on the finance committee, she has developed a working knowledge of UMSU operations and has also connected with the staff.

Sadrol is passionate about helping students and getting them more involved in university activities. As such, she wants to expand the participatory budget process and get students more involved in financial decision-making for the union.

She also plans to create a more accessible health and dental plan for students.

In her third year of studies in the faculty of science, Emily Kalo is a psychology major with a minor in management.

In her first year at the university, she co-founded the U of M student club Students Supporting Israel and has served as president ever since.

She plans to play an active role in guiding students, listening to their issues and giving concrete answers to their concerns.

Her priorities would be to establish an equity, diversity and inclusion (EDI) student panel to foster dialogue and hold the university administration accountable. She would also like to expand hardship funding.

“Advocacy has always been a passion point for me, it’s something I really pride myself on,” she said. “I’m not fearful to be a strong voice for the things I do believe in and because of that I’ve spent a lot of time advancing my public speaking skills and debate skills to ensure that not only I can eloquently [put forth] my own point, but that I can see both sides to a debate and critically analyze.”

In his fourth year of studies in biological sciences with a minor in political science, Tino Dogo is UMSU’s current vice-president community engagement.

In the last year, Dogo participated in the creation of the U of M Black Students Union (UMBSU) striving to create safe spaces for Black students on campus.

He would like to use another term as vice-president community engagement to continue the work he has done this past year in building a sustainable UMSU.

“With everything kind of ‘dead,’ I like to say, we have a very unique opportunity to restart UMSU with sustainability at top of mind,” he said.

He would also like to focus on creating resources that would be available for new students to ease the transition from high school to university.

Dogo would also like to address declining engagement with the union by reforming the chief returning officer’s office to make the position full-time so that UMSU elections are promoted beginning in September.

UMSU For You sweeps election