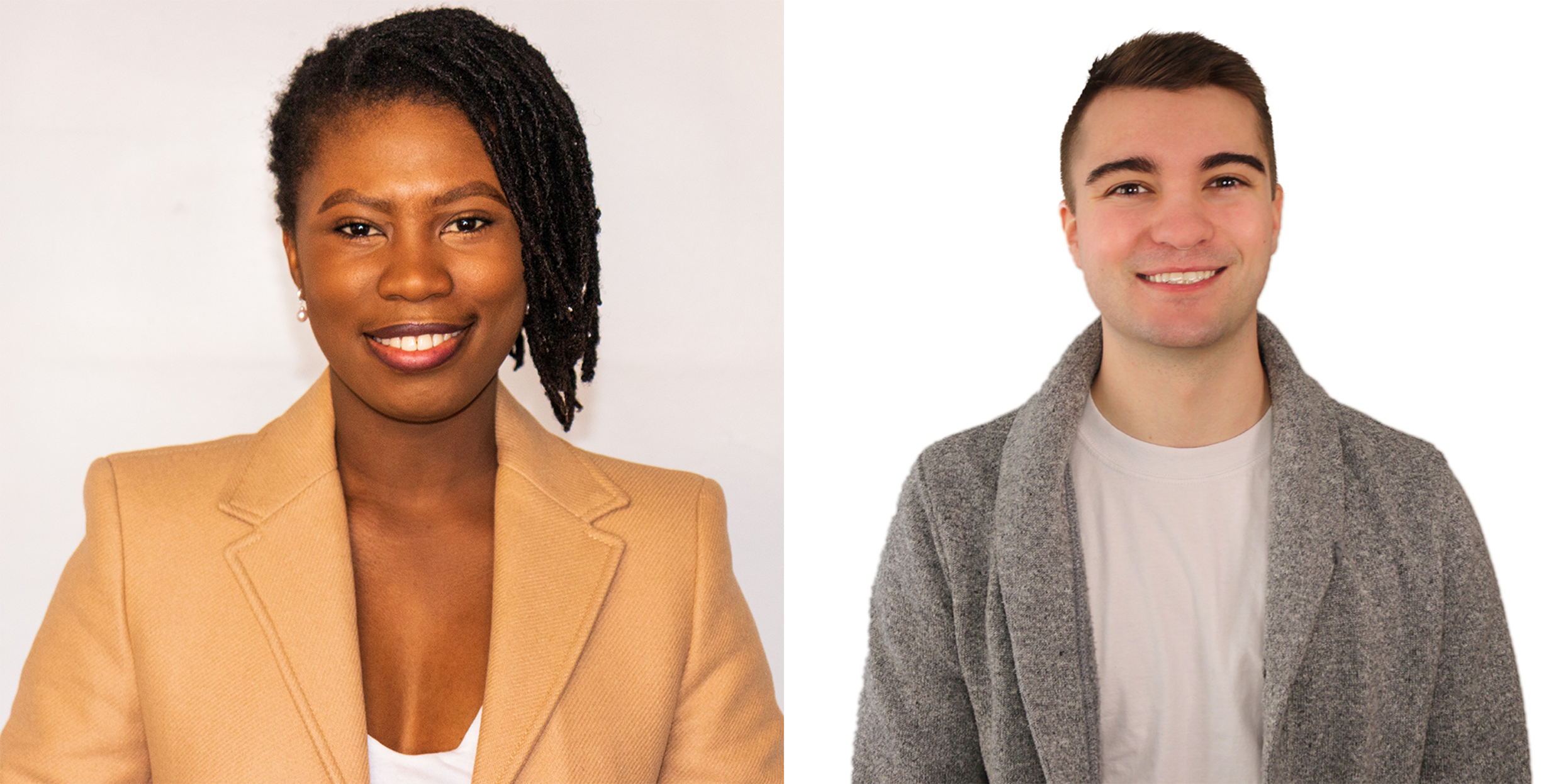 A fourth-year human nutritional sciences student, Judith Oviosun is currently the UMSU womyn’s representative and president of the University of Manitoba Nigerian Students’ Association. She has also served as vice-chair of UMSU’s judicial board, the selections committee and as vice-president of Alpha Gamma Delta.

Oviosun wants to use her experience as a student leader to create opportunities for student engagement and take steps to connect the UMSU community representatives to their communities.

She also wants to get the union into position to respond quickly to students’ needs rather than, as she put it, “keeping silent until the last minute.”

At the top of the agenda for Oviosun is keeping lines of communication open with marginalized communities on campus and advocating for affordable tuition.

“As an international student, I have been on the bitter end of most policies regarding student fees,” she said.

“I would find ways to reduce them and also make international students feel welcome on campus and online as well.”

These priorities also include pushing for the university to adopt the use of open educational resources (OERs) — alleviating the burden of purchasing textbooks and other resources traditionally sold to students — as well as conducting work on mental health education and awareness.

“Buying a textbook that is worth $300 at a time, it’s a decision between ‘Should I eat?’ or ‘Should I put this money into […] buying a textbook?’” she said, making reference to the higher tuition rates paid by international students and their recent loss of health care coverage which have both increased the financial burdens of education.

She would also build on work started this year, creating a paid chair position for UMSU’s equity, diversity and inclusion working group to ensure its success.

“As a Black woman in politics, it is very hard for us to put ourselves out there, because sometimes there’s just […] mistrust within people […] the representation is very low,” she said. “I only decided to run because I’ve seen two other Black women do it […] if they hadn’t done it, I would not have thought of the fact that I would be able to represent UMSU at large.”

Regarding UMSU’s membership in external organizations, Oviosun would continue the work being done in terms of maintaining a relationship with Undergraduates of Canadian Research-Intensive Universities.

“UMSU needs a new voice that is relatable and understands students’ needs, a leader who is not afraid to have the hard conversations and will not be bullied into settling for less than what students deserve,” she said.

Running as part of the Renew UMSU slate, current UMSU vice-president finance and operations (VPFO) Brendan Scott wants to take his years of experience in student life to the role of president, re-working UMSU to prepare for a post-COVID-19 world. Finishing up extended education with plans to study dentistry, Scott has spent time as the sports representative, vice-stick and senior stick at St. Paul’s College. He has also previously held the position of UMSU director for the Science Students’ Association.

According to Scott, through his experience in the VPFO role he has “definitely learned where this union can spend its finances the best.”

He said that when COVID-19 hit this year, UMSU was unprepared to shift to primarily delivering programming online due to public health orders. With a year of experience on UMSU’s executive team during the pandemic, Scott said he and his slate now know what the main expenditures were throughout the year and where to direct resources going forward.

A major aspect of Scott’s platform is his plan to focus on ensuring that UMSU is ready to provide a great campus experience post-pandemic. Toward these ends, Scott intends to renovate UMSU University Centre — shaping it to “fit the needs of today’s students” — and improve and renovate club spaces.

As part of these updates, he is planning for a larger Studentcare office, bringing back an updated digital print and design centre and bringing back the dental clinic with larger capacity and direct billing to the UMSU dental plan — this time in collaboration with the U of M’s college of dentistry, with students working in the clinic.

Scott also wants to push for OERs to be adopted by the university — shifting away from textbooks and the bookstore, citing concerns over the sustainability of the amount of paper that goes into producing the thousands of textbooks used by students every year. He also wants to open up a student business start-up space to be inexpensively leased for a month at a time to student businesses .

Scott plans to continue the work of leaving the Canadian Federation of Students that was initiated by the UMSU board of directors earlier in the academic year.

“It’s about advocating for [students] no matter if its COVID or not, to external organizations, to the province, the city, making sure that they’re not preyed upon, because students are the most vulnerable people that we have,” he said. “That’s why the union is so good to have […] collectively, you’re stronger than you are individually.”