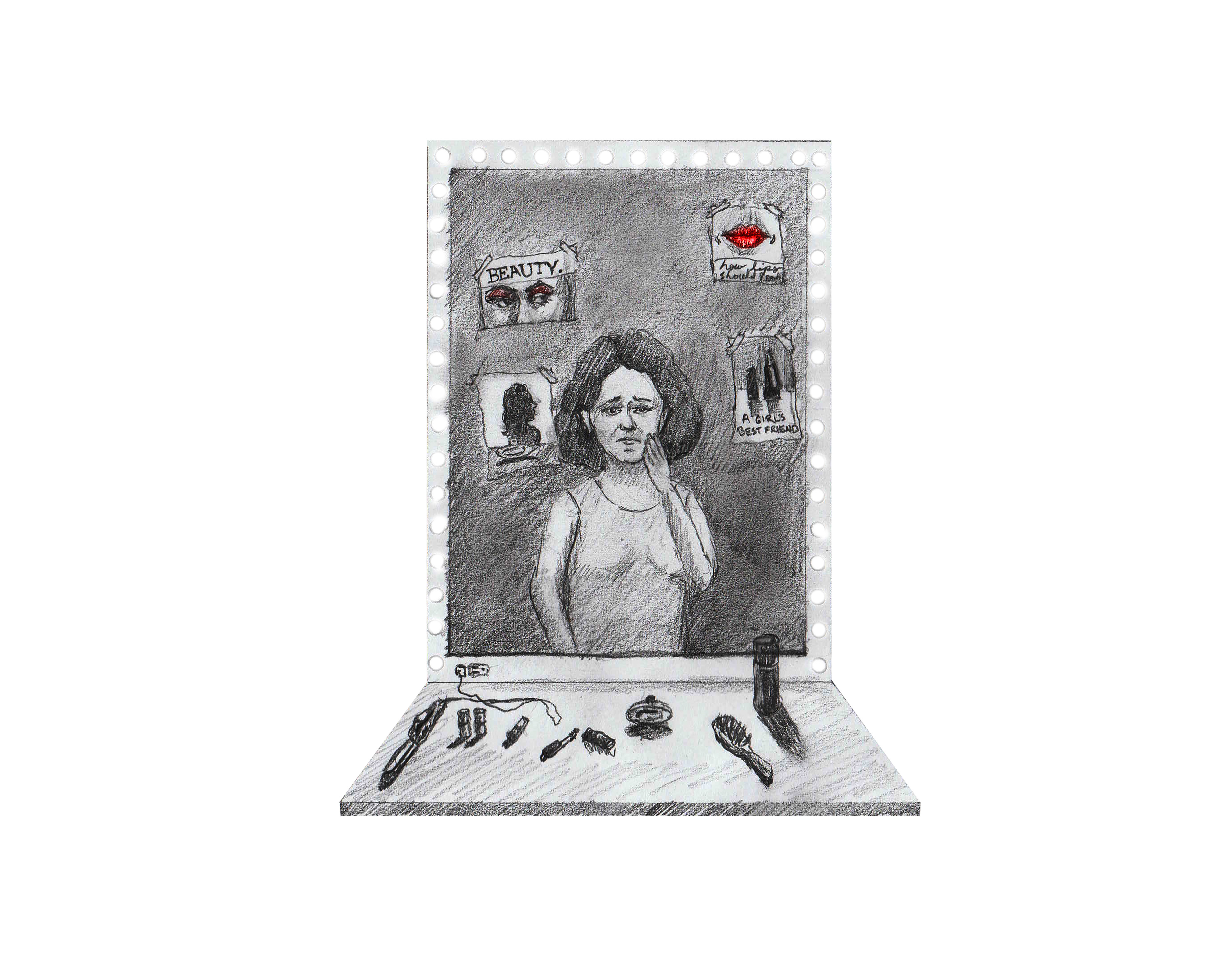 The beauty industry grows and evolves constantly with trends emerging and disappearing year by year. Colourful sparkle and the “no-makeup makeup look” can be the vogue simultaneously, allowing for creative self-expression. But this industry, worth over $500 billion globally, has a history of exploiting self-image and self-esteem.

As women continue to push back against patriarchal objectification and take back our autonomy and freedom of choice, the option to use makeup is also inherently feminist.

This double standard means choosing to wear a full face of makeup or none at all. However, both are empowering choices that challenge many traditional standards of femininity. The point is autonomy of the choices women make, not what others think they should do.

The issues I have with makeup come from the predatory advertisements and the so-called “standards” the beauty industry perpetuates. The industry itself remains largely anti-feminist at its core.

Before the internet, the media still had ways of persuading buyers.

Prior to the 1960s and 1970s, advertisements focused on the subservient roles that women were confined to through their marriages and home lives, but with the second wave of feminism followed a shift in advertisement. Women were usually depicted in advertisements as thin, pale, successful and independent.

While this change in ad presentation came from a progressive place, the trend of attempting to convince women they were inadequate without a certain product persisted. And it still perpetuated an impossible standard for many women to meet.

Advertisements in recent decades walk a thin line between objectification and dehumanization with the over-sexualization of women.

In advertisements geared toward men or women, it is not uncommon to see half-naked models in provocative positions with the actual product almost disguised in the photo — think Calvin Klein billboards or nearly any perfume commercial.

The messaging in these hypersexual ads becomes about — you guessed it — sex, or the sex you could be having if you bought the product. All at the expense of autonomous feminine identity and individuality.

The blatant and belligerent sexualization of women, mixed with the impossible beauty standards, generate the perfect formula for greedy beauty companies.

The ads we see lead to compensatory consumption where individuals feel threatened by the unattainable standards they are surrounded by and compensate for this perceived scarcity by purchasing the products that are meticulously positioned as the solution to their problem.

After decades of being forced to compare each other to perfect ideals of beauty, a study published by the Journal of Consumer Research found that just seeing an ad of a beauty enhancing product alone will elicit a negative psychological response.

It is this vicious cycle which creates insecurity for profit that must change.

I know that brands and the businesses behind them will always need advertisements in some form, but they should not be degrading or exclusionary to the average woman’s appearance.

Some brands like Fenty Beauty and Sephora are taking steps to include diversity in their advertisements and more are likely to follow, but even inclusive ads that are widening the definition of who is considered beautiful in society still rely on the message that we should all strive to be more beautiful and buy so-called beauty defining products.

There are no ad campaigns that can truly be inclusive of every type of person. Surely, there will always be people who feel as though they are not considered beautiful or at least that they are not represented in ads that claim to be inclusive to everyone.

Beauty companies need to get creative and stop selling the narrative that we all need to look a certain way to have worth.

Yes, we need to increase all kinds of diversity in beauty advertisements in order for the industry to align with the modern definition of holistic feminism, but to achieve true inclusivity and freedom of choice they need to stop obsessing over subjective and damaging definitions of beauty.

Brands need to focus their campaigns on acceptance instead of forcing everyone to consider their own beauty in comparison to unattainable beauty trends.

The desire to feel beautiful traps consumers in a cycle of self-critical thought. If beauty brands can promote self-worth and the freedom of expression instead of trying to define beauty, maybe we can finally make the feminist decision to wear makeup while also knowing the industry we are funding is not working in opposition to those very values.

Encampment removals a poor response to homelessness in Winnipeg