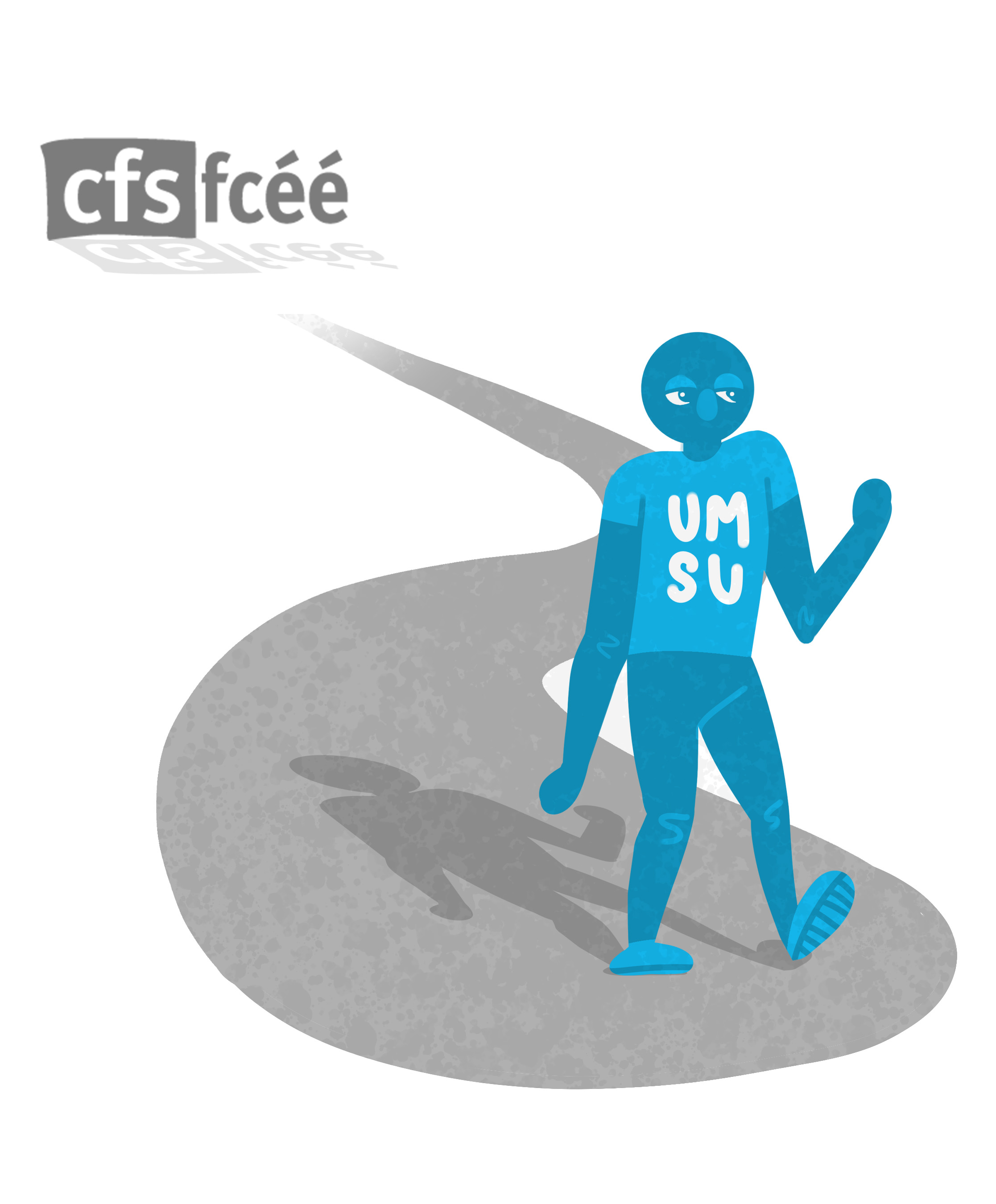 One might expect that a 28-1 majority vote by a board made up of representatives from across the student body would be an adequate prerequisite for UMSU severing ties with an external organization. Unfortunately, the federation’s laws require organizations to hold a referendum of their members in order to leave. But even if their laws did not do so, UMSU is required by the 2018 amendment to the UMSU Act — the union’s governing document — to consult the student body via referendum to leave an organization. The act states that a referendum must be held for any UMSU fee increases above the rate of inflation and to reaffirm membership in external organizations every two years.

Should UMSU succeed in leaving the federation, the membership fees collected by UMSU from students could not be reallocated without yet another referendum.

Assuming UMSU holds a referendum to leave the federation either this year or next year, and follows up with a referendum to reallocate the fees, then together, along with last February’s U-Pass referendum, the University of Manitoba will have had three referendums in three academic years. Along with UMSU’s yearly elections, undergraduate students will have been asked to engage with the student government on six occasions in three years.

The UMSU Act’s requirement of a referendum in these instances makes what could be accomplished in a single meeting by the board of directors into a months-long ordeal requiring signature gathering, an information campaign and a voting period. At best, it’s wildly inefficient, and at worst, it’s paralyzing the very union that is elected to make these kinds of decisions in the first place.

UMSU’s reliance on direct democracy is somewhat understandable given its board structure — it’s made up of 56 members who each represent a council or faculty. Members of the board that are affiliated with different councils and faculties are naturally more, and sometimes only, interested in serving the needs of their respective groups. At times, this board structure seems nearly as unengaged as the student body at-large. For example, the recent vote on federation membership, an issue that has been important to UMSU administrations for years, received just 29 board members’ votes.

Fortunately, UMSU has recognized these issues and is currently exploring a restructuring process that could be the first step toward a much more effective student government. The restructuring is set to reduce the number of seats on the board to 11, and board members will be elected by the student body rather than selected by councils and faculties. There is also a tightening of the rules around meeting absences and the use of voting proxies. UMSU representatives from faculties and councils will continue to exist should these changes occur, but they will not be members of the board. This will allow them to continue speaking on the behalf of their councils or faculties without disrupting crucial student body decisions.

Another particularly interesting change to be implemented is the elimination of slates from UMSU elections. Internal UMSU debates indicate a concern about reduced voter turnout, but it will hopefully result in a government chosen by the most engaged and informed members of the student electorate. This may signal a shift from UMSU’s futile focus on attempts to increase student engagement and toward implementing a more engaged and responsible board.

In a perfect world, students would have the time and inclination to be highly engaged in student politics. Unfortunately, voter turnout in recent years shows a level of apathy among students that does not lend itself to the direct democracy that the UMSU Act requires the union to engage in. It’s difficult to expect that this apathy toward student politics can be changed, especially considering most students only spend four years of their lives at the university.

Although it sounds cynical, the most effective way forward is to ask for bare-minimum participation from students to maintain the democratic nature of UMSU — yearly elections to a board that has the power to make decisions.

An amendment to the UMSU Act would require efforts to lobby the U of M’s board of governors and the provincial government. It would be a long process, but it would result in an UMSU that is unfettered in its ability to act in the interests of its students.

The upcoming changes to UMSU are a significant step toward ensuring a responsible student government. The next step should be to work toward an amendment to the UMSU Act that will give that student government the capacity to properly govern.