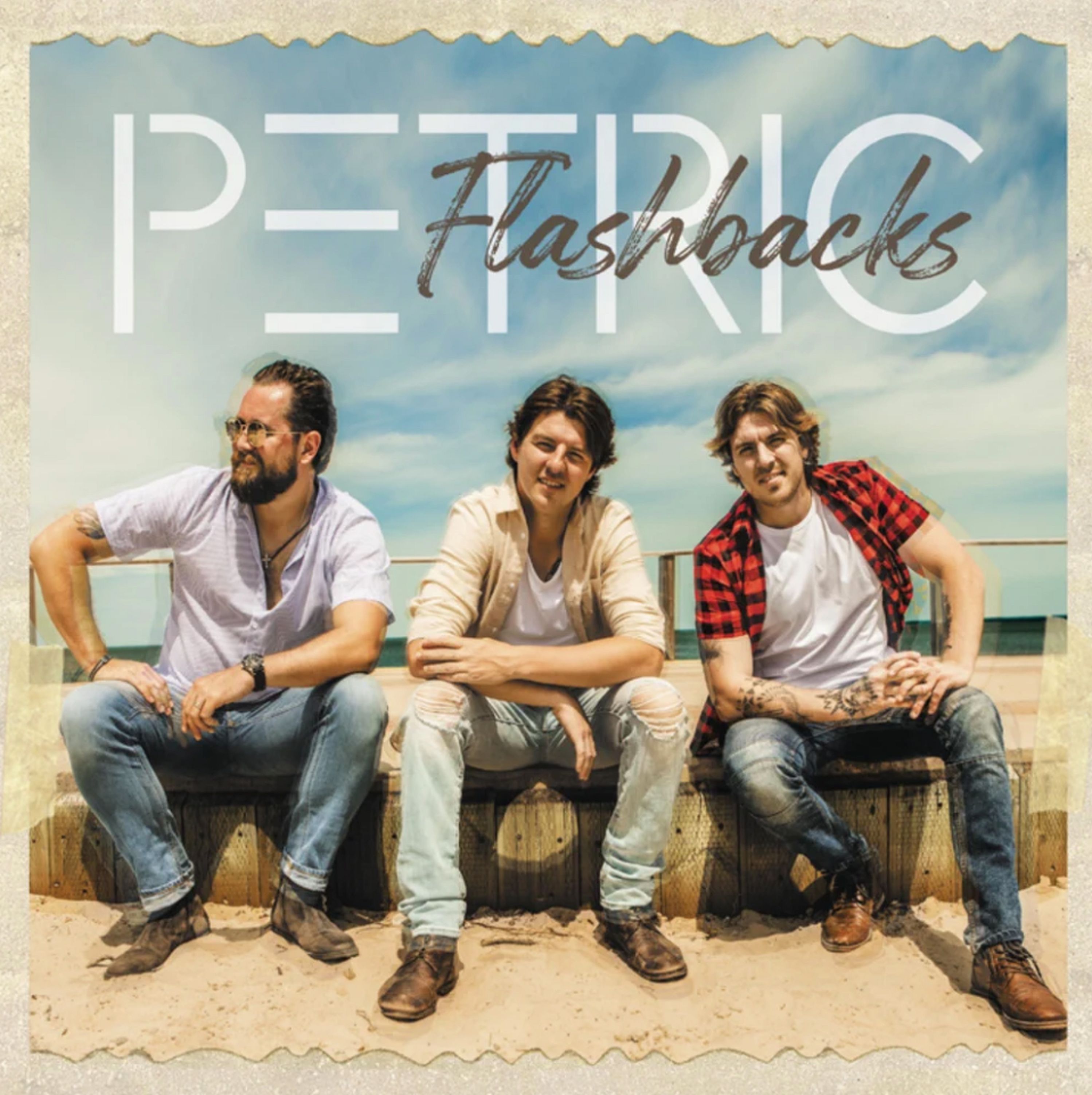 PETRIC’s Flashbacks is airtight nearly to the point of airlessness, the dusty corners of country music sandblasted until even the shadows are gone, every instrument and voice polished and bent into plastic shapes. The album is immaculately produced and loaded with titanium hooks — the kind of glittering, bulletproof pop with the power to blind should you look directly at it.

The album is anchored by a mixture of synthetic beats and effect-laden live drums, with walls of energetic guitar, banjo, pedal steel and keys surging to meet frontman Tom Petric’s keening, youthful voice. The trio is excellent at what they do, crafting a record that plays like a Marvel movie — choruses hit like explosions, and the set-pieces are glittering and recognizable, music made to comfort rather than challenge.

That broad, general appeal is there on the album cover — Winnipeg boys with southern twangs and the sunny sensibility and ocean-swept hair of native Californians. It can’t help but feel like the product of some trans-national focus group, a band from everywhere and nowhere. But it is a successful product, one that aims big and manages to hit all its desired marks, three talented and clearly ambitious musicians reaching for the high of the common denominator.

While the familiarity is the point, it sometimes borders on egregious — the chords that anchor new-love anthem “Single Problems” are near-identical to Macklemore’s 2012 hit “Same Love” — and you find yourself wishing that PETRIC would attempt to carve out its own space rather than push into the slim cracks left by country pop’s current royalty. Opening track “Kids” is the most obvious piece of American country-radio bait on a record full of it — what three Manitobans are doing singing about prom nights and county queens is anyone’s guess, but PETRIC’s appeal is in how well they manage to sell it. It doesn’t really matter where the band is from when they nail the imitation.

If you’re going to swing big, you had better hit the mark — and there is no denying that PETRIC’s aim is pretty solid. Flashbacks is precisely the record the band sought out to make, the future soundtrack to sunset truck rides and backyard barbecues, soothing and anonymous, romantic and big-hearted. If superstardom is the goal, then PETRIC is on the right path — if there is one thing people love to hear, it would be something they have already heard before.

The Middle Coast takes its sound to Japan