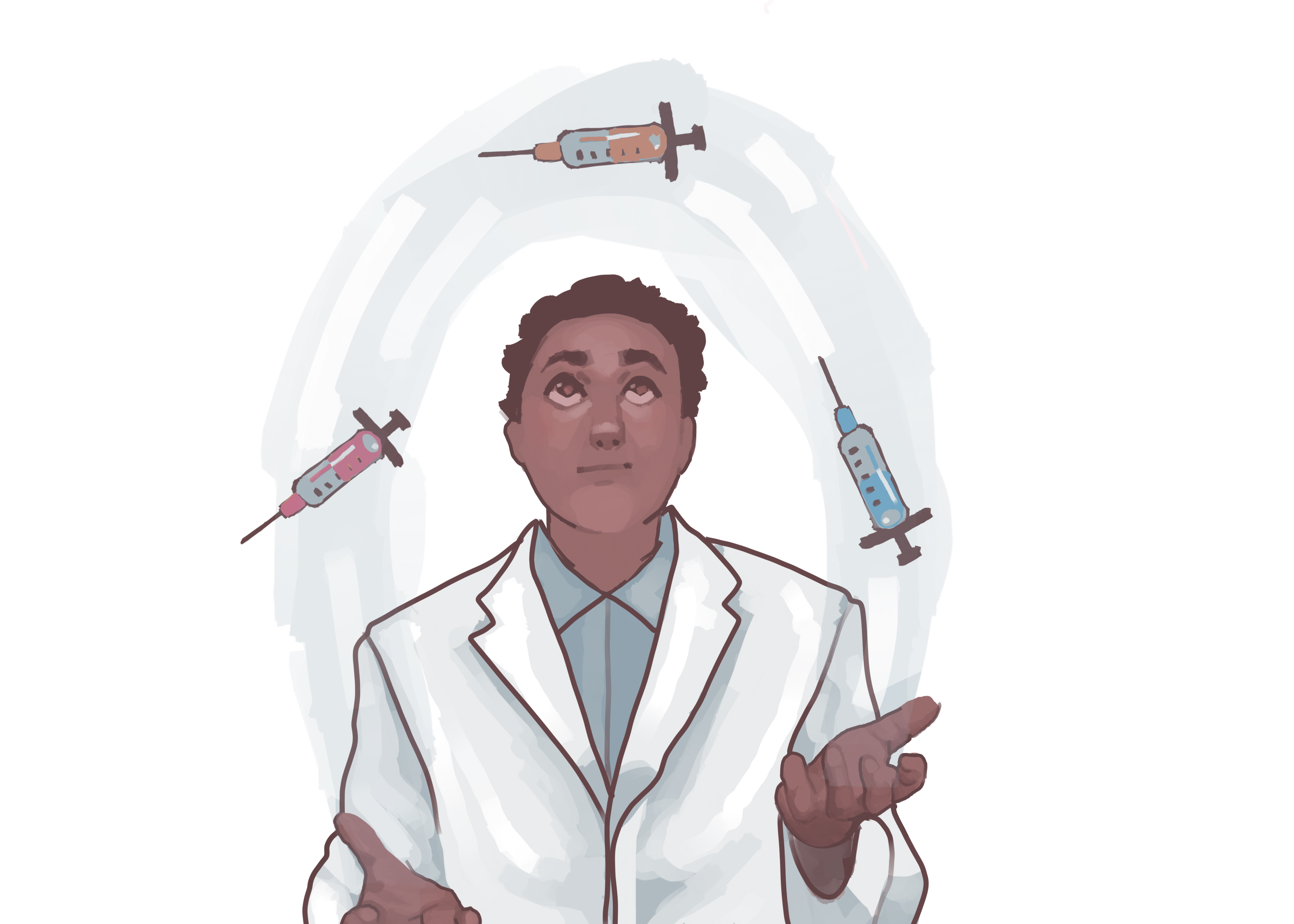 After nearly one year of the COVID-19 pandemic, various vaccines and other forms of treatment have seen remarkable development. On Jan. 19, the University of Manitoba’s Café Scientifique hosted a talk with several members of the Max Rady college of medicine to discuss vaccine progress and logistics.

Kindrachuk spoke about the possible origins of the virus and our current understanding of how it spreads.

“Based on the [genome] sequence, it looks like it actually emerged from bats,” he said.

“We are still waiting for that concrete piece of information to tell us specifically that is the case.”

He also explained that studies on coronavirus and similar infectious agents are relatively new.

“It was simply about the fact that [coronaviruses] seemed to cause cold-like illnesses.”

In 2002, the coronavirus causing severe acute respiratory syndrome — known as SARS-CoV — sparked an outbreak around the world and subsequently medical interest in the virus.

“Ultimately, what we understand is the fact […] that the majority of transmission we see is likely occurring in the pre-symptomatic period,” Kindrachuk said.

He defined this as the period where the host does not yet know they have been infected and has not yet developed symptoms, a window of roughly five days.

“We think that the majority of transmission is occurring probably through both very tiny aerosols […] but also droplets that are little bit larger and tend to be released when we cough or when we sneeze.”

Santer briefly described why some patients are able to fight off the infection and others are unable to. A key aspect is interferons — proteins that act as part of the body’s natural defences by alerting the immune system when invading cells have appeared.

“If that happens […] you’ll have a decrease in the viral load, the interferons will actually inhibit the virus, and those will tend to be the people who don’t have severe disease.

“But now we are encountering people, subsets of people, that actually don’t have this interferon response for various reasons. In that case, the virus will just keep replicating, be uncontrolled and, unfortunately, those are the patients that are being hospitalized.”

Scientists have been able to produce interferons as part of a treatment process for other diseases, notably cancer. Santer is working on clinical trials in hopes of using a similar strategy to treat COVID-19.

“If we actually give interferons soon as we can early in the disease, that could help dampen the amount of virus that’s there, [and] hopefully quicken the clearance of the virus and prevent severe disease,” she said.

MacDonald debunked some of the common myths surrounding COVID-19 and its vaccines and briefly reviewed some of the vaccines that have been approved as well as their efficacy and their safety profiles.

“The vaccines […] were developed very quickly, and people may wonder why that is,” she said.

“Part of it is that the biotech sector in the last 20 years is like information technology was in the ’80s and the ’90s. It has progressed in ways that we can’t imagine — we have the capability today to make vaccines that we didn’t have 40 years ago.”

“These vaccines have been tested on 80,000 people between the two trials of the two vaccines that are now licensed in Canada,” she said.

“Eighty thousand people who have been carefully followed for every sign that they could possibly get — every ache, every pain, every rash, every headache.”

MacDonald also discussed the difference between using RNA in vaccines and genetic modification.

“RNA is just like giving a protein because what it does is it feeds your own system, the machinery to make a protein for you,” MacDonald said.

“It’s actually a cheaper way for your body to manufacture a protein. So, in fact, we’re not changing your genetic code. It’s not genetically modified anything.”

She went on to explain how the vaccines actually work.

“It presents this protein to your immune cell, which gobbles it up and presents it for an immune response. It’s that simple.”

Three vaccines have been licensed worldwide. Two of them are available in Canada: the Pfizer and Moderna, both of which MacDonald said are “95 to 98 per cent effective.” She also spoke about concerns regarding the contents of the two vaccines and whether they contain elements like fetal cells or bovine serum, which can be a religious or ethical concern for some.

“I can assure you that none of these things are in these vaccines,” MacDonald said.

“We have vaccines that are greater than 90 per cent effective in the first go around. One can hardly improve upon that.”

A Walrus of a night