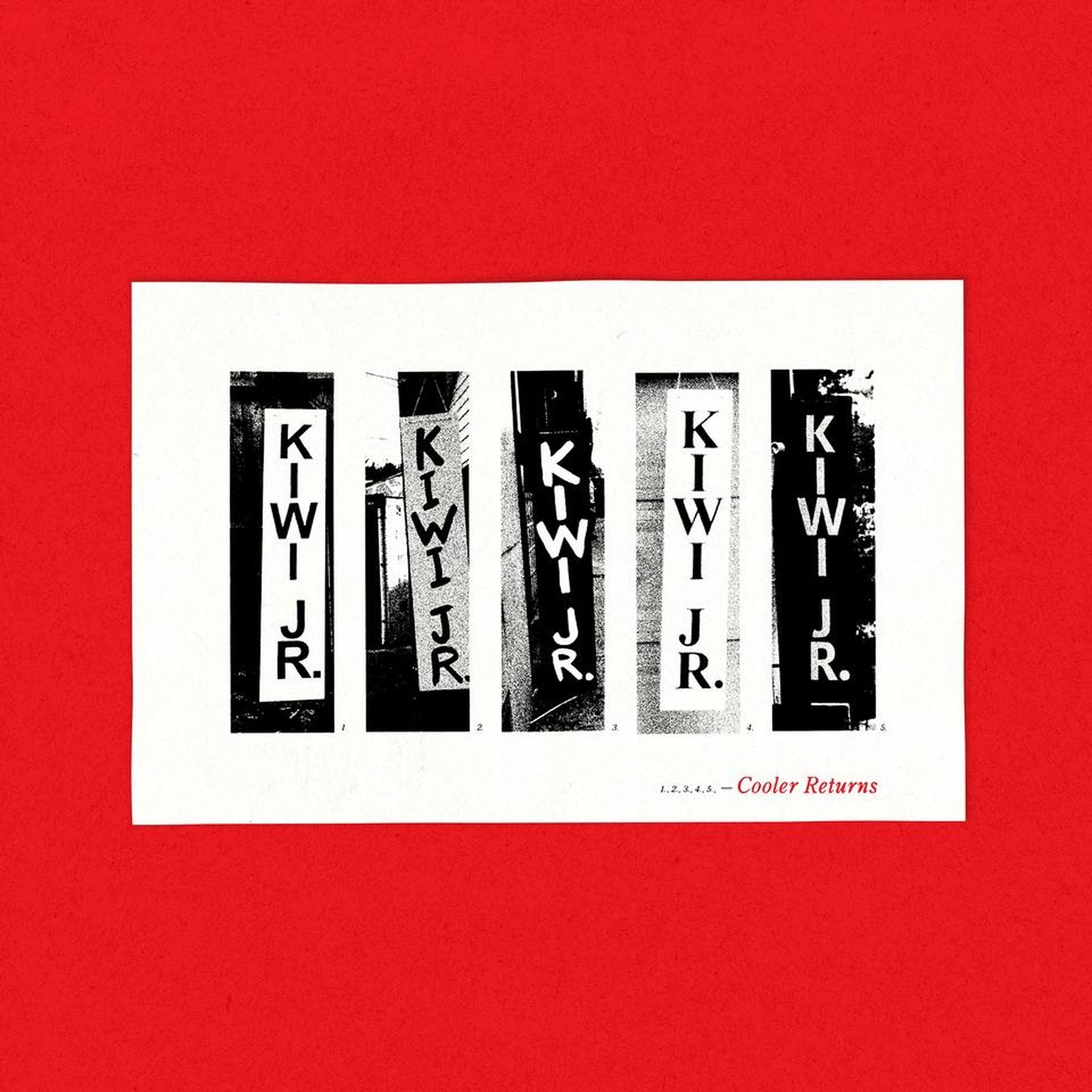 With song titles like “Maid Marian’s Toast” and “Only Here For A Haircut,” Toronto band Kiwi Jr.’s Cooler Returns taps into a particular strain of nostalgia for the slightly punky, vaguely twee and wildly sincere indie rock that dominated the mid-2000s blogosphere. Jeremy Gaudet’s animated vocals lack any of the sombre detachment that has dominated the last decade, and the band’s sound — a glitter ball of ’60s beach pop and itchy, ramshackle alt-rock — feels beamed in from a BIRP playlist circa 2009.

That’s not to say it sounds like pastiche. Kiwi Jr.’s performance feels genuine and impassioned, a natural progression of a recognizable sound rather than a soulless textural or aesthetic homage. If anything, it ignites a rose-tinted longing for the awestruck and adventurous indie scene of yore. “Tyler” opens the record with chiming guitars and birdcalls of feedback, jaunty piano and a descending choir flitting between surging chords. Kiwi Jr.’s sound is broad and smeared, but these 13 tracks are often more complex than they appear at first blush.

A clear disciple of Stephen Malkmus, Gaudet’s lyrics combine jittery impressionism with daily detritus — landlords and rent, jobs and student debt, Super Bowl Sunday and undecided voters — capturing a feverish vision of life in the newly minted 2020s that carries some pointed social commentary. His writing is rich with specifics, too — Toronto may not have much legitimate cool cred left, but that doesn’t stop Kiwi Jr. from colouring the record with a refreshing regionality, from gentrification and skyrocketing rent to crying at the Dufferin Mall.

Cooler Returns is a record in constant motion, with no ballads or interludes to trip up the momentum. While the tempo may not vary much, the band has enough hooks and good ideas — like the twinkling keys that dance behind “Only Here for a Haircut” or the way Brian Murphy’s guitar plays against the chorus melody of “Norma Jean’s Jacket” — to stave off the feeling that you’re hearing the same song 13 times. It’s less dense and more cleanly produced than last year’s Football Money, a more clarified vision of the band with a tad more sparkle and a tad more space. Kiwi Jr. may sound familiar but, in Gaudet, they have a frontman with a genuine point of view and more than a few things to say — and in the increasingly faceless world of modern alternative music, that’s no small thing.

U of M Symphony Orchestra opens season with American classics