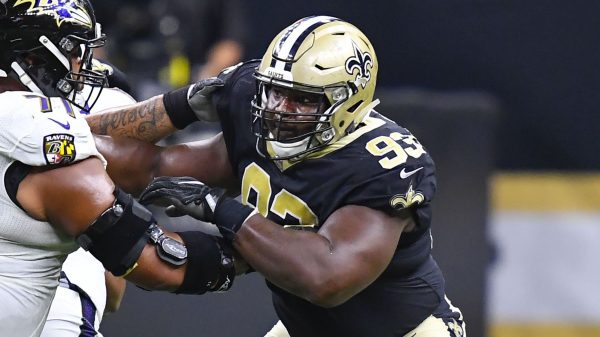 When the New Orleans Saints were knocked out of the 2020 NFL playoffs by the Tampa Bay Buccaneers, it marked a possible end of an era for Louisiana football.

As 42-year-old Saints quarterback Drew Brees answered questions from reporters, it became apparent that game may have been among the last downs of football Brees would ever play.

With roughly 15 of his 20 years in the NFL played for the Saints, Brees’s impact on New Orleans, La. extends beyond football. Not only did he help lead the Saints to a Super Bowl, but he was also an important figure in the city of New Orleans. Brees and his family helped set up multiple charitable foundations to improve post-hurricane-Katrina Louisiana.

The potential loss of Brees signals the beginning of an era in Saints football, where rebuilding and developing for future success may become priority over winning games in the present.

However, the Saints still maintain strong talent on both sides of the ball. One example of this is defensive tackle David Onyemata.

Since being selected by the Saints in round four in 2016, Onyemata has worked his way to becoming one of the most important members of the Saints’ defensive line.

After a quiet rookie season, Onyemata made his mark in 2017 racking up 38 total tackles and two sacks while playing in 16 games.

By 2019, he had become a stalwart up front for the Saints, starting in all 15 games he played.

After the season, his performance on the field was rewarded by the Saints when he signed a three-year, US$27 million contract with the team.

This season, the former member of the U of M Bisons football team had a career year, putting up 42 total tackles, six-and-a-half sacks and one interception.

While Onyemata’s numbers with the Saints are extremely impressive, it is his time playing for the herd that helped launch his career.

Onyemata came to the University of Manitoba not for athletic success, but rather academic. He had never played in a football game.

However, after a fellow international student had decided to try out for the Bisons football team, Onyemata decided to give the game of football a shot.

After meeting with Bisons head coach Brian Dobie, Onyemata tried out for the team. He made the team and spent the season learning the game of football and developing the skills necessary to succeed at the university level.

After a quiet first year playing for the Bisons, Onyemata was shot out of a cannon in his sophomore season. Starting all 11 games, Onyemata racked up 53 tackles.

Over the next two years, not only would Onyemata solidify himself as a force for the Bisons, but as one of the top football players in all of Canada.

After his time at the U of M, Onyemata was regarded as the top prospect for the CFL draft and a likely NFL draft pick.

While he garnered interest from many NFL teams in his draft year, it wasn’t until the East-West Shrine Game that the New Orleans Saints knew Onyemata would fit in well with their program.

The rest is history for Onyemata and the New Orleans Saints. Now, the Saints will look toward veterans like Onyemata to help lead the team through the next few years.

Whether Drew Brees returns as quarterback or the Saints enter a rebuild, New Orleans knows that Onyemata will remain a force on the defensive line.