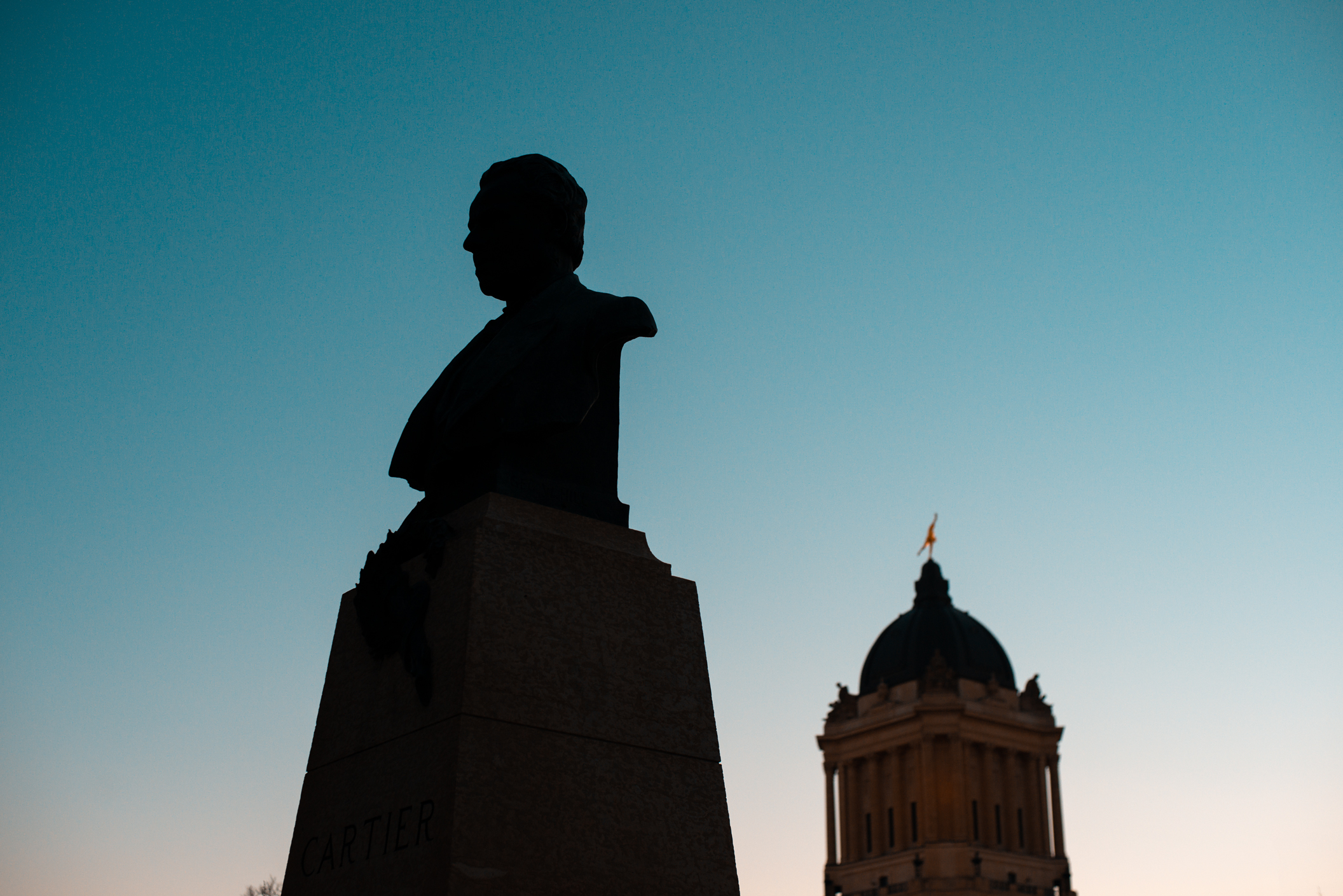 The University of Manitoba’s Centre for Human Rights Research (CHRR) hosted a roundtable Dec. 4 titled “Commemoration Matters: History, Human Rights, and the Politics of Commemoration.” History professor and CHRR director Adele Perry moderated the roundtable, while Sean Carleton, an assistant professor in the history and Native studies departments, was one of the panellists.

“I think we will […] remember this year as one where ongoing conversations about history, about commemoration and human rights, took significant turns,” Perry said while opening the discussion.

“Prompted by social movements, including Black Lives Matter and Land Back, people have engaged the ways that commemorative practices on both sides of the Atlantic, in spaces both colonized and colonizing, refract and kind of calcify the politics of anti-Blackness, of anti-Indigenous racism and of colonialism.”

Wāhpāsiw pointed out some of the troubling statistics about Indigenous treatment in Canada’s court system, including a November 2020 CBC report that found the Canadian government spent $3.2 million since 2013 as the defendant in a case from a group of residential school survivors from a single school in Ontario.

“Yet it is the commemoration of Sir John A. Macdonald that has many Canadians concerned over the destruction of his legacy, through some various creative approaches to a statue,” she said.

She then contrasted the legal situation with progress toward completing the Truth and Reconciliation Commission’s calls to action, released in 2015.

“This is really a microcosm of the last four years of the federal government’s relationship with Indigenous people,” Wāhpāsiw said.

“Hard work on the symbols while avoiding the substance.”

Carleton and Newton both expanded on the Macdonald discussion, offering non-Canadian perspectives. Carleton spoke about Macdonald’s British ties and the international and political connections behind every commemoration.

“I think we need to be aware that when we’re looking at these commemoration debates that there are threads that go beyond the local,” he said.

“What was going on in the United States over the summer had impacts all around the world, as we saw. There was sort of a cascade effect — all of a sudden, people were wanting to reckon with those colonial roots, whether it be in Bristol or British Columbia. And I think that conversation is both a local and a global one, and I think it’s important to pay attention to those roots.”

Many of the current debates about commemoration in Canada revolve around restoring previously repressed histories and conversations about what Canada fundamentally is as a country. Madokoro talked about a folk song about a man who was ordered to be deported in 1958, a tale which would otherwise have been lost to historians, during a conversation about music as commemoration.

“When I first came to Canada as a student to Montreal, I was at McGill […], and I think partly as a joke, my friends at the time who were Canadian-born taught me ‘O Canada’ as ‘our home on native land,’” Madokoro said.

“And that’s genuinely what I thought it was for years. I should have known better, but in some ways, the more truthful reimagining of our relationships, again, with these symbols sometimes happens in very unexpected ways. When I hear ‘O Canada,’ that’s what I hear.”

A common thread throughout the discussion was histories that have been forgotten or repressed, and the ways our perception of the past is affected by what we can see.

“I think it’s important when we debate, say, statues like John A. Macdonald and so on, just as [Wāhpāsiw] mentioned, there are these other forms of commemoration, and these silences […] that are invisible and precarious precisely because of the way that they’re debated,” Newton said.

“It’s important that the debate [is] not just framed about the statues that are already there, but what kinds of commemoration would actually pay real respect to the past and speak more to who we would like to be in the present.”