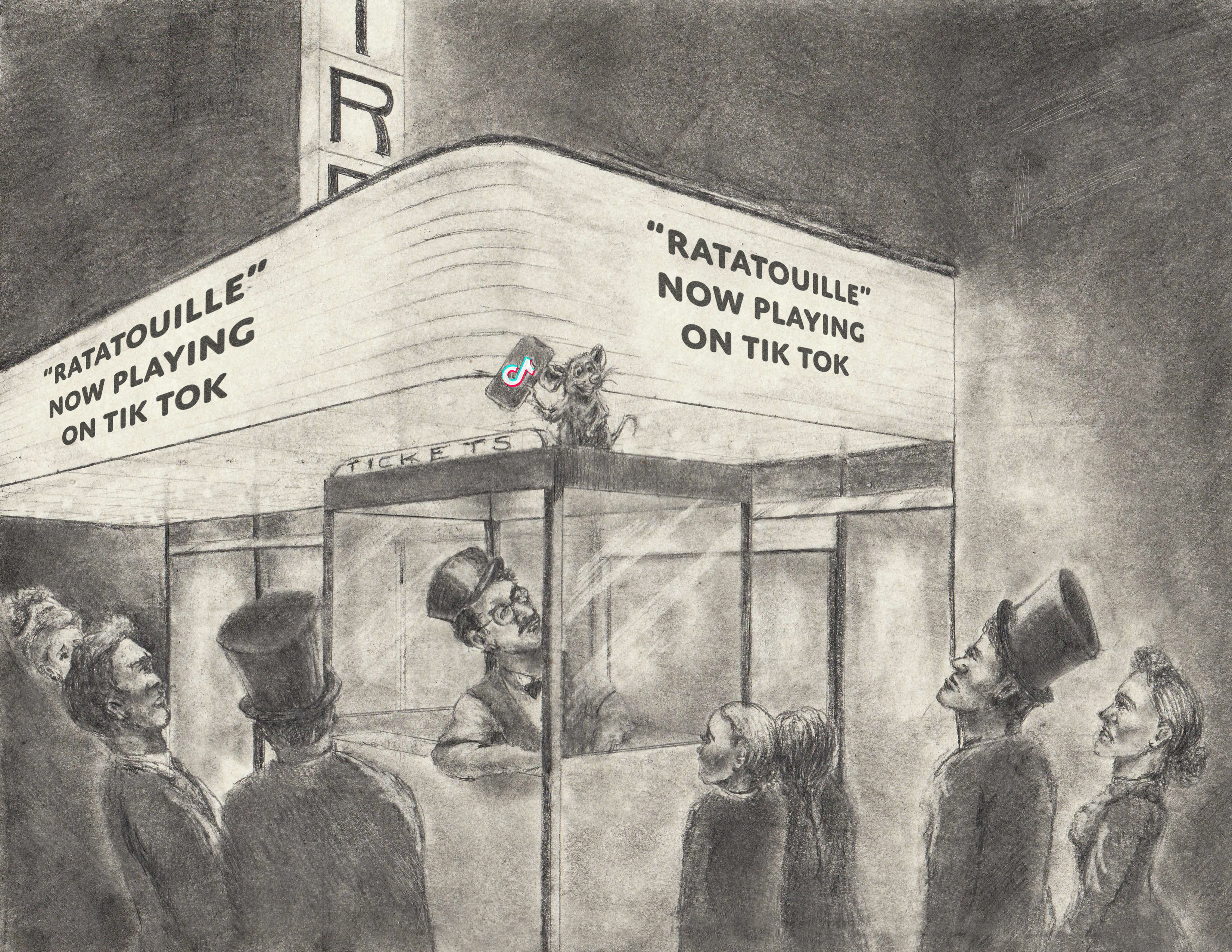 Musical theatre can be enjoyed almost universally through cast recordings and community performances, but live musical theatre on Broadway is only accessible to those with the resources to visit New York and ability to afford expensive tickets to see the newest shows. However, during the COVID-19 pandemic, the lights of Broadway have gone dark and musical theatre is witnessing a renaissance through the social media platform TikTok.

Broadway performers, composers, musicians, dancers and producers are all creating content on TikTok, allowing anyone with a smartphone to duet videos accompanied by the corps d’elite of musical theatre. Now, the average TikToker can join the tempo of Andrew Lloyd Webber, composer of the Phantom of the Opera, or sing with Kristin Chenoweth, the original Glinda in Wicked.

Rather than writing and composing original shows, producers have adopted the plot of popular films and applied it to the form of musical theatre. Films such as Mean Girls and Beetlejuice, along with a variety of Disney movies, have been performed theatrically.

Decisions to continuously churn out shows like these could be understood as an effort to bring musical theatre to a more mainstream audience rather than meet the niche demands of musical theatre fans.

Often, however, these renditions end up as shallow versions of the classic source material and remain inaccessible to the audience they try to reach.

Recycling old plots displays a lack of creativity, and it comes with a cost. This material is produced at the expense of what could be new and original art, demonstrating that Broadway producers value income over quality. The industry is becoming yet another avenue of creativity lost to consumerist demands.

Broadway theatre is dying. The high price of supporting luxury theatre isn’t sustainable among younger generations, and the quality found in originality is declining in favour of revivals and remakes.

Further, stunt casting is being used as an effort to draw younger fans, rather than employing younger talent in both performance and production.

Most recently, musical theatre fans have taken accessibility to a new level by coming together to create their own production, Ratatouille: The Musical.

On TikTok, the unofficial musical adaptation of the 2007 Disney-Pixar film Ratatouille made some major changes to the game. The creators make no profit, there is no affiliated company limiting what the artists can do and any person with a smartphone can contribute, view and support the creation process.

Originating as more of a joke than anything else, the song “Remy the Ratatouille” was written by TikTok user Emily Jacobsen as an ode to the film’s main character and as a closing number for the show.

The song quickly snowballed and has inspired generation Z artists across the platform to write their own songs for characters, choreograph dance numbers, create costumes and sets, compose overtures and design playbills.

The trend has been adopted by professionals in the industry as well. Broadway performers are writing their own songs. Actor Kevin Chamberlin wrote a song for chef Gusteau that Chamberlin titled “Anyone Can Cook.” Others have posted covers of songs that amateur songwriters on the app have performed.

Patton Oswalt, the voice of Ratatouille’s main character Remy, along with the film’s director and writer Brad Bird, have taken notice of, and support, the phenomenon.

Even further, Playbill, a prominent magazine based in New York, shared artist Jess Siswick’s playbill art, and Pixar’s Instagram posted a photo of Remy acknowledging the musical-in-the-making, quoting Jacobsen’s lyric, “the rat of all our dreams,” in the caption.

What happens now that the companies that created and own the rights to Ratatouille have noticed the TikTok musical? As seen, the response from the corporations have been positive, but that may not be as much of a good thing as it seems.

TikTok users have worked independently to put together what could be a theatrical performance worth real production value — their work is good. However, these creators don’t legally own the rights to the material and cannot protect their content. In the event that Disney ever decides to take Ratatouille: The Musical to Broadway, the content is already there and available to use.

To have a production company as big as Disney use your song or your set design could be understood as a compliment to those who produced the material for the sake of it, but the creators may not receive anything of concrete value in return for their work.

Rather than encouraging the new talent that is emerging on media outlets like TikTok, Disney could steal the independently-produced content from TikTokers and run its own Ratatouille: The Musical. A move that may seem all too familiar.

If anything, TikTok has proven that there is talent to be found beyond the micro-universe of Broadway elitism. If professional producers want musical theatre to survive, they must expand the accessibility of Broadway and attract new demographics.

A hunk of comedy