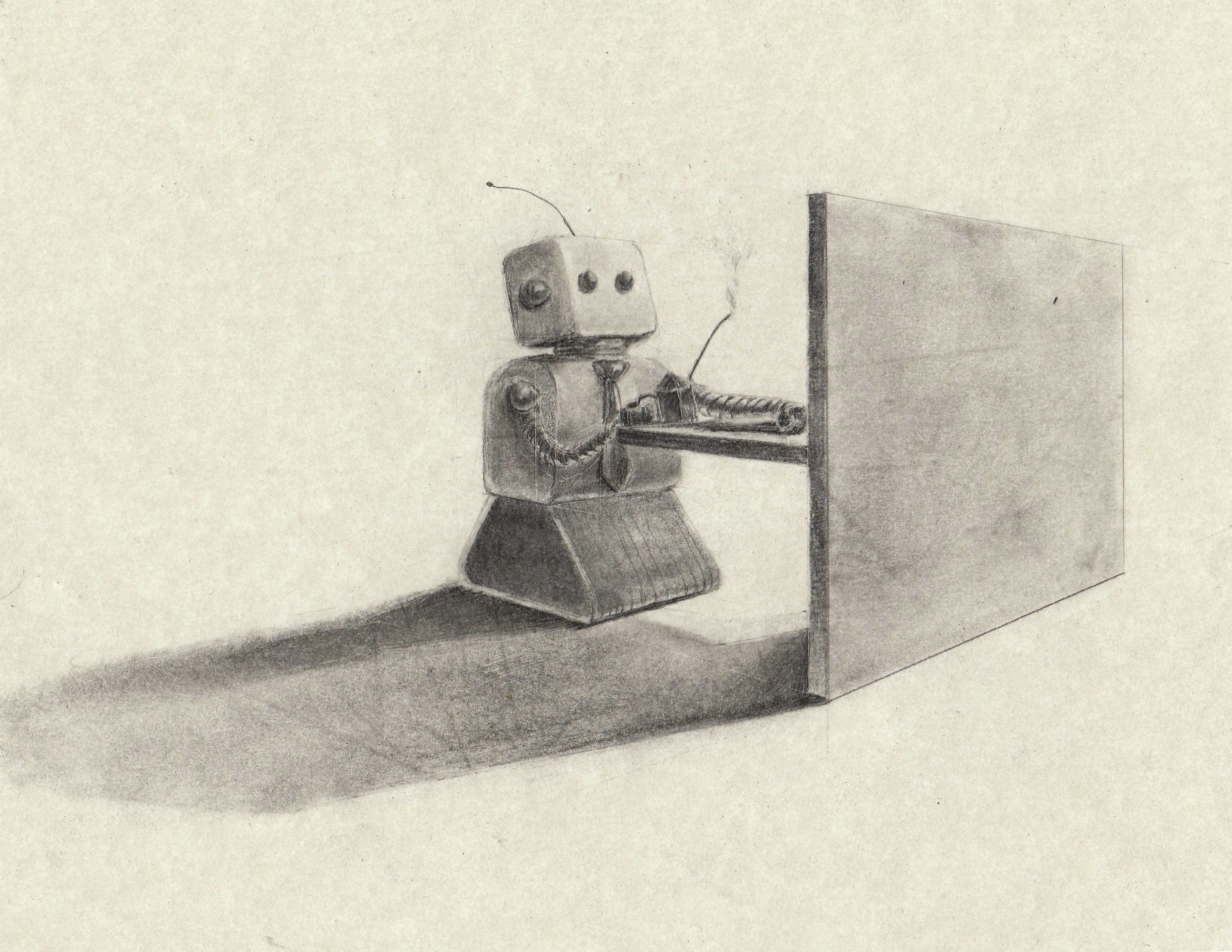 Artificial Intelligence (AI) is a buzzword that has infiltrated almost everyone’s vernacular. Writers, media houses and technology sector billionaires like Elon Musk warn of a gloomy, even disastrous, future with AI — a future that is forewarned by popular culture’s fictional fantasies.

The anxiety that robots will annihilate the human race was driven into popular culture after the 1920 Czech play Rossum’s Universal Robots. In the dramatic play, a scientist named Rossum creates the first robots whom he employs as slave-like labourers. As the play progresses, the robots develop emotional capacities and come to dominate their creators. The popular meaning of the term “robot” is actually derived from this play and means “forced labour” in Czech.

While this outlandish portrayal of full robotic domination can easily be disregarded as fiction, there is yet another, perhaps more realistic, fear that is rearing its head as more sophisticated robots are being developed — the fear that they will replace human labour.

AI and robots are used in a plethora of ways and have become a staple of daily life in most parts of the world. AI has been integrated into virtually every industry in one way or another. From your smartphone to Netflix, various industries are starting to utilize predictive and interactive technology that is geared toward improving human lives and making them easier. It is redefining the norm in human-to-human, human-to-non-human and non-human-to-non-human interactions.

Many tasks that were once performed by human beings have become more readily automated too. This has incited worry and fear in people that the continuous development of AI improved robots that are capable of taking on even more specialized roles will eventually devalue human labour as redundant.

In 2019, a Forbes article listed 13 jobs that tech experts predicted would be fully automated by 2030. Warehouse and manufacturing jobs, customer service, banking services and retail checkout were among those listed in the article. Robots and AI have been a popular topic for the last few years, seemingly reinforcing this belief that they are here to take over.

In fact, in 2017, a study published by Ipsos, a marketing consultant group, found that 58 per cent of research participants believed that technology would contribute to the proliferation of unemployment.

The COVID-19 pandemic has stirred up these fears even more. Due to the lockdowns imposed in countries around the world, employers have increasingly automated tasks previously carried out by human employees who could no longer go to work.

In northern California for example, about 185 toll collectors lost jobs as tollbooths were replaced by FasTrak tags that track peoples’ toll fees digitally. This rapid deployment of robots was seen across many industries. “Sally,” a robot that makes salads, replaced employees in hospital and university cafeterias. Knightscope security robots were deployed to guard malls and stadiums. And human customer-service agents were replaced by chatbots.

The question is, how valid are the fears of people who think they will lose their job to automation? Various studies have been carried out to determine whether automation will damage the employment rate, but they have yielded mixed results. One study carried out between 1990 and 2007 by the National Bureau of Economic Research in the U.S. showed that the rise in the reliance on robots negatively affected the human-robot employment ratio, as they reduced human employment and wages. Further, a study done by Oxford Economics, a research institute, predicts that up to 20 million jobs will be globally lost to robotics by year 2030.

A 2018 study from researchers at the Massachusetts Institute of Technology and Utrecht University, however, showed that the use of robots had a positive effect on employment, as robots undertook tasks that complemented human employment in other ways. This is a better way of looking at it. AI should be seen as an enabling technology. Rather than allegedly “stealing” jobs, automated systems should be seen as aiding in the efficient completion of tasks.

The sophistication of the AI technology that is currently available on the market is only able to accomplish specific and clearly outlined tasks. AI does not operate at a human level yet. As a result, AI and robots cannot fully replace people. But, by taking on simple and repetitive tasks, robots have freed people to focus on the more challenging and nuanced ones — leading to a form of human-robot symbiosis. For example, researchers discovered that in factories owned by BMW, a German car manufacturer, when paired together, the company’s labourers and robots were 85 per cent more productive than they were when they were alone.

Additionally, while some jobs are being automated, many others are being created. AI and robots are paving the way for the creation of many new industries. For example, many tech roles have been created in the last few years. Computer scientists and software developers are in high demand. Engineers, architects, construction workers and many other workers are all needed to build artificially intelligent infrastructure. And, people are being trained to develop, operate, maintain and market these systems.

Robots and AI should not be seen as adversaries to compete with. Instead, they should be regarded as helpers.

People should learn more about AI and its applications in whatever sectors they work. Workers should be encouraged to improve their skills regularly in order to enable them to work with artificially intelligent systems and companies can organize to assist their employees to achieve this. School curriculums at every level should be updated, and students should be taught about the future of technology.

There will continue to be advances in the research and development of AI and robots, so rather than fear it, it should be embraced and harnessed to its maximum potential.