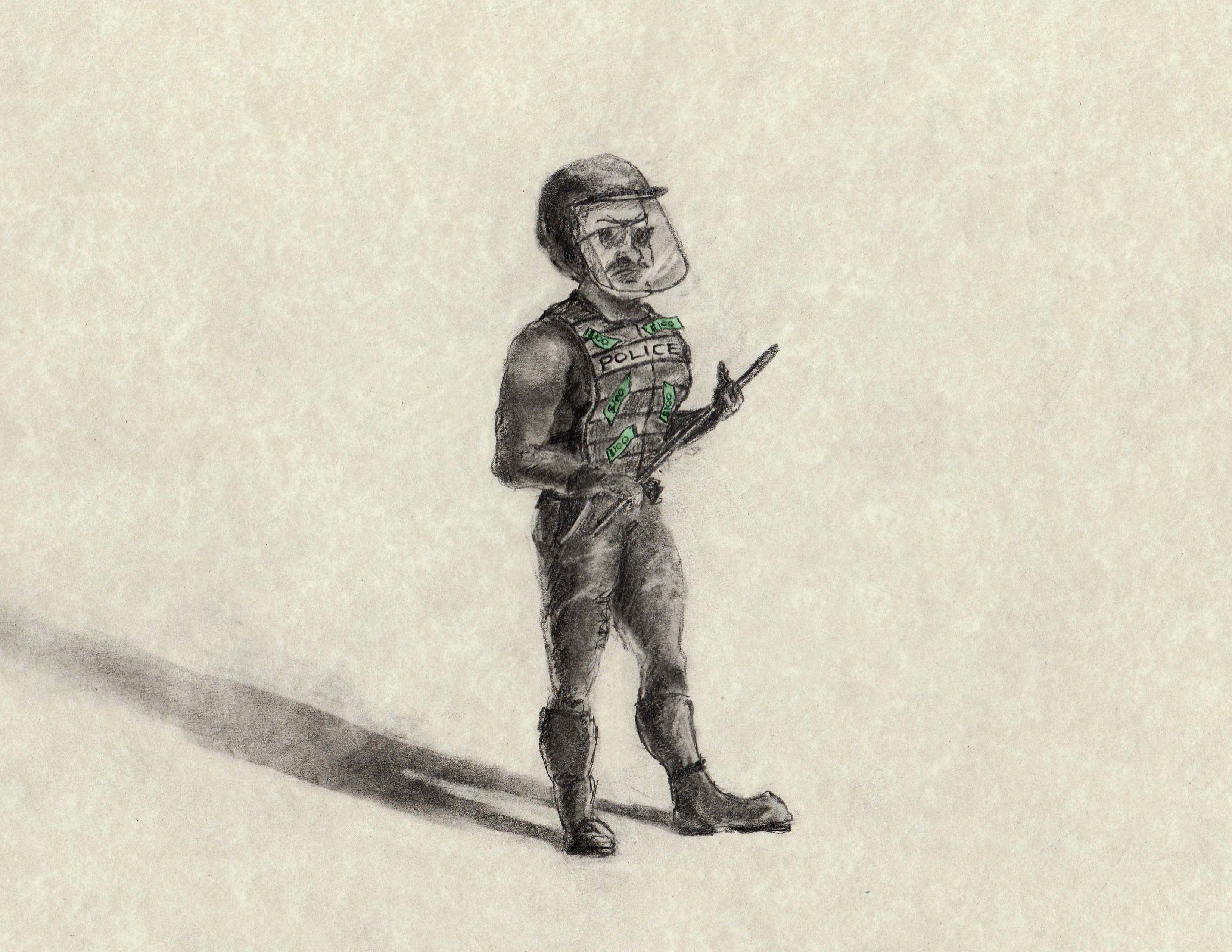 The next Friday, on June 5, Winnipeg had its own rally. Organized by the local movement Justice 4 Black Lives Winnipeg, over 15,000 Winnipeggers marched from the Manitoba Legislative Building to the Canadian Museum for Human Rights.

The point was to signal to those situated within privilege and power that Winnipeg would not stand for the police abuse of Indigenous and Black lives. Those who attended may or may not have been aware of Bowman’s claims but, let it be known, Winnipeg’s preliminary 2021 budget does not indicate he was listening at all.

Quite the contrary, really. It indicates that the municipal government is politically tone-deaf to the demands of a large portion of the public. In the preliminary budget, the city notes that record investments in police services will continue to be made.

The police budget will purportedly rise two per cent annually until 2023. This will see investments in police services bloat from roughly $294 million to $312 million — maintaining one of the highest police budgets across the country. This is a far cry from the demands of activists to divert funding from the police into community and social services.

In June, more than 25,000 people signed a petition to abolish or dramatically defund the city’s police service. Recently, a study indicated that more than one-third of Winnipeg residents support slashing police funds.

Why wouldn’t they? The police budget has grown approximately 163 per cent since 2000. And since then, the investments made have not contributed to community safety. Instead, funding police services to exorbitant levels has the ability to proliferate crime by channelling needed resources away from social services and communities and continuing to further inequality. Martin Daly — professor emirtus of psychology and neuroscience at McMaster University — argues in his 2017 book Killing the Competition: Economic Inequality and Homicide that inequality is a key variable in predicting homicide rates. Daly is not alone in this observation; dozens of research papers have confirmed the same thing. Investing heavily in police and prisons makes communities less safe, especially when Indigenous and Black people continue to be persecuted by them.

After the anti-police brutality protest, Winnipeg police chief Danny Smyth claimed that the budget of police, social services and other community services are “not mutually exclusive.”

But this argument is tough to make considering community services have historically beared the brunt of budget cuts while police spending and wages rise faster than inflation.

Although the City of Winnipeg managed to balance its budget this year due to significant funding from the federal government, valuable resources were lost to police overfunding.

In contrast to cities with similar population sizes like Edmonton or Hamilton, Winnipeg’s budget more than doubles the proportion of annual spending on policing. Hamilton dedicates approximately 10 per cent of its budget to police, and Edmonton commits less than 15 per cent.

In contrast, roughly a third of Winnipeg’s annual budget is dedicated to its police force.

If Winnipeg funded its police like Edmonton, approximately $150 million could be saved and redirected to programs and efforts to reduce inequality. Investments in productive services like daycare facilities, public transit, non-profit organizations with equitable social goals, or mental health care could raise the standard of living and simultaneously reduce levels of crime without taking coercive measures.

Before publishing the preliminary budget, the City of Winnipeg did a public engagement summary — a study to help determine what priorities the people of Winnipeg have and, hence, what services the municipal government should focus on in the budget. Of the 25 sectors listed in the survey, policing ranked one of the least important services to Winnipeggers, just behind golf services and parking.

Over 50 per cent of participants voted that policing was not important. According to the survey, the most important services were community projects like livability, libraries, public transit, waste collection, medical response and so forth.

Despite palpable community resistance, Winnipeg continues to invest the largest portion of its budget in police services.

Early in June, Smyth asserted that ripping large portions of funds out of the police budget in such a rapid fashion would contribute to an unsafe environment. Although it is desired, anybody that expected the city to defund the police right away was perhaps dreaming. It will take far greater resistance to crack the monolith of policing in Manitoba. But I had hoped, as many others likely did, that the city would at least consider defunding the police force gradually. Unfortunately, naivety may be the best way to describe this unfounded optimism.

As Winnipeg enters its winter months, it feels like the momentum to defund or abolish the police, that was built this spring and summer, has slowed down to a crawling pace. Fewer and fewer people are talking about it. As a pack, everybody jumped into the discourse at once and energized the city’s resistive spirit. But, just as fast as the discourse had opened, it closed again.

Bowman may have been telling the truth when he told the world that he was “listening.” But this does not necessarily mean he cared. Fundamentally, this budget is a bureaucratic message to constituents that their desire to defund the police does not resonate with those that rest with power.

Winnipeg’s discontent may have been heard loud and clear, but Bowman lacks the resolve to do anything about it.

Winnipeggers cannot rely on their leaders for radical and equitable change. This is a project that requires unrelenting energy from outside the political hierarchy. The preliminary 2021 budget displays that if citizens quiet down, the status quo and their grey-shaded political imagination will take advantage.

The education we never received