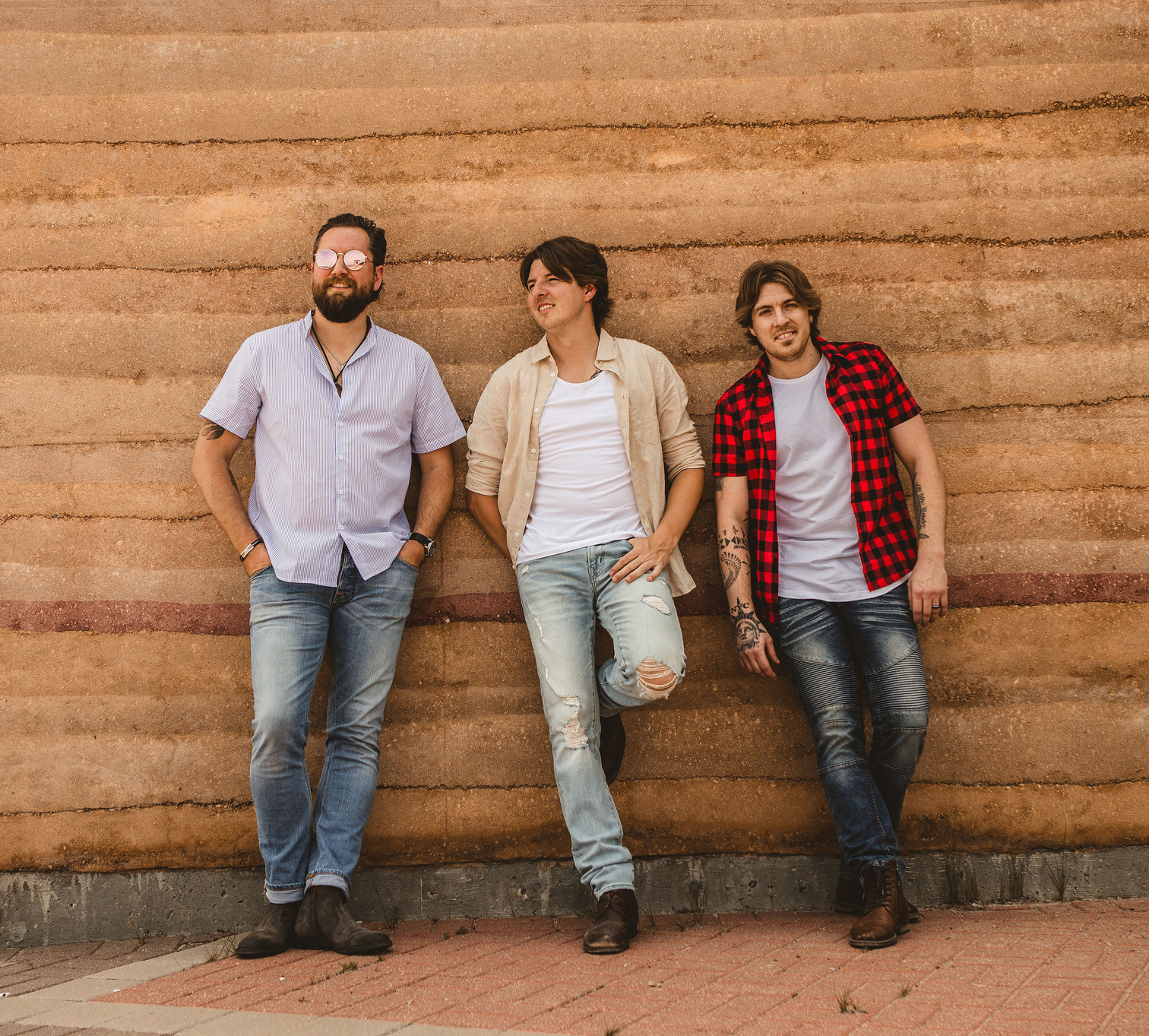 PETRIC — Jordan Day, Jason Petric and his brother Tom — are experiencing a bit of cognitive dissonance. After years under an exacting label, they’ve finally managed to make the record they’d always sought to — but it’ll be released to a world more restrictive and controlled than ever before.

“We played our own instruments on this record, we sung our own harmonies, we wrote these songs,” said Petric. “We got real drums on it, that was so important to us. We used our own band members.”

Having your own band members play their own instruments may not seem like a big deal, but as Petric tells it, it’s a serious change of pace following years of significantly less creative control.

He refers to the band’s early years — and the string of EPs leading to its debut — as a learning curve, steered by its former producer and a record label that dictated much of its sound and marketing. “As great of a learning experience as it was, it wasn’t really creatively inspiring for us,” he said.

With newfound creative control, Petric said the band knew exactly who they wanted to record with on their debut — Chris Baseford, a producer who’s worked with the kind of Canadian household names that PETRIC seems to aspire to, the likes of Avril Lavigne, Nickelback and Meghan Patrick.

An unironic Nickelback nod is a rare thing, but it speaks to PETRIC’s crossover ambitions — big, slick, mass appeal music that still means something to those making it.

Since forming in 2014, PETRIC has honed its shiny, broad appeal brand of country, built on the foundational vocal harmonies discovered while singing together live.

“The three-piece harmonies that the three of us would do really, really caught everybody’s eyes — eyes and ears I should say,” Petric said. “All three of us noticed instantly that there was a magic there and that the fans could see it.”

That magic led Jason Petric to halt his solo work and reconfigure the vision — he and Day on guitar and backup vocals with Tom on lead.

“Tom’s a way better singer than me,” he said, laughing. “It allowed me to focus on things that I was really good at. I’m a really good side guy for music.”

Even with an album on the horizon, like so many, the trio has begun working on new music virtually. “[It’s] not nearly as fun, but […] I’m glad we’re doing it,” he said. “I know we still have magic and music to be heard [by] people.”

He’s excited by the new material, despite his dismay at the band’s inability to bring it to the stage.

“Touring and getting to perform and play it night in and night out kind of makes that experience a little bit grander. It also makes it last a little bit longer — where now, in this digital age, once you put an album out there, it’s kind of old news after […] a day or two.”

However, he said that once they’re able to bring new music to their fans, PETRIC plans to make up for lost time.

“I promise you, we’re going to perform like it’s our last show every time and I can’t wait to do it.”

Jonas Chernick’s road to ‘James vs. His Future Self’