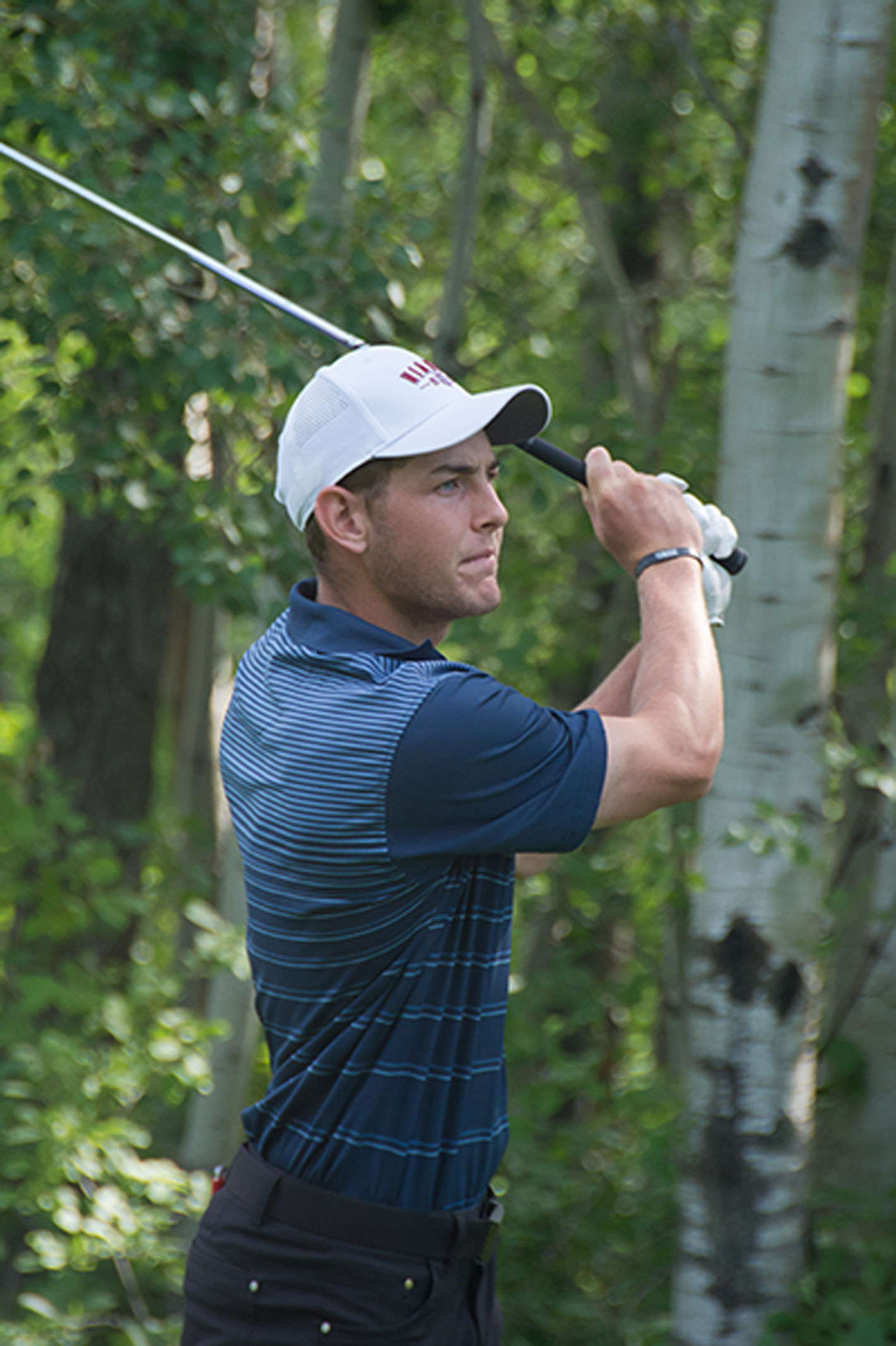 For student athletes, lockdown poses the unique challenge of juggling online school with finding creative ways to train for their sport.

Trent Robertson is a Bison athlete attempting to navigate through the strange 2020 fall semester.

A member of the University of Manitoba’s golf team, Robertson is also a new Canadian, emigrating from South Africa, where he fell in love with the game of golf.

“My grandparents got me playing when I was around 13,” Robertson said.

“I wasn’t always keen on the game, as it can be fairly boring to the eye for most people. I was once one of those people but, strangely enough, it’s [now] a game that I love to play and gain most joy from.”

As a new Canadian, there has been an adjustment period for Robertson — adjusting from hot South African summers to frigid Manitoban winters is only part of the culture shock.

“I enjoy Canada a lot, I have been fortunate to meet some great people here and I look forward to meeting more,” Robertson said.

“Obviously, the weather is a bit of shock for me, I haven’t quite got used to the idea of wearing a jacket in September.”

As Robertson was finishing high school in Manitoba, the process of choosing where to begin his post-secondary education and also play golf “I chose to attend the U of M for a couple reasons,” Robertson said. “I had recently moved to Winnipeg, so I wasn’t in a position to relocate again for school. I knew the golf team at the U of M was a solid team which had won a national championship just a few years prior to me moving to Manitoba.

“This, combined with the idea of getting to work with good coaches and make some new friends who loved the game, was only going to benefit me both on and off the course,” he added.

For Robertson, the decision to study and play golf in Winnipeg has been a positive experience. From his perspective, the Bisons golf team has a great future ahead.

“So far, it’s been a blast,” Robertson said.

“I was fortunate in my first year to get welcomed in by a good bunch of senior guys who made me feel right at home. I didn’t achieve the results I would’ve liked in my first year, but there were definitely some positives that I took and hope to help me over the coming years.”

Robertson, like many athletes, has run into his fair share of challenges this summer. As COVID-19 continues across North America, Golf Manitoba managed to host a few tournaments for amateur golfers this season. On the collegiate side, the Bisons’ golf schedule was decimated by cancellations.

“Unfortunately, our […] golf season took a hit,” Robertson said. “With almost all our events being down in the U.S., we were unable to travel down and play. Our conference championship which is held in [Kelowna, B.C.] was also cancelled.”

This off-season has been particularly difficult for Robertson. In the winter, he usually practices his swing indoors at Niakwa Country Club and lifts weights at the Active Living Centre. However, under code red restrictions, all fitness facilities have been closed in the province, leaving athletes vulnerable mentally and physically.

“The closure of gyms was a big loss for me, personally,” Robertson said.

“With winter being so harsh and practice being limited, the gym becomes a priority. The off-season fitness is huge not just physically but also mentally as it’s nice to get a break from the game and recharge.”

This tumultuous semester has challenged not only Robertson, but also all Manitobans. With COVID-19 restrictions remaining tight heading into December, Robertson knows to keep positive.

Robertson is hoping the work he’s been putting in during the provincial restrictions will lead to success after.

“Personally, I’ve had an up and down year with some very good moments and some pretty low moments,” he said.

“I’m pretty confident that with some good off-season work, I can gain some consistency next year.”

“The Bisons will be ready and I’m sure there is only success to come for us.”