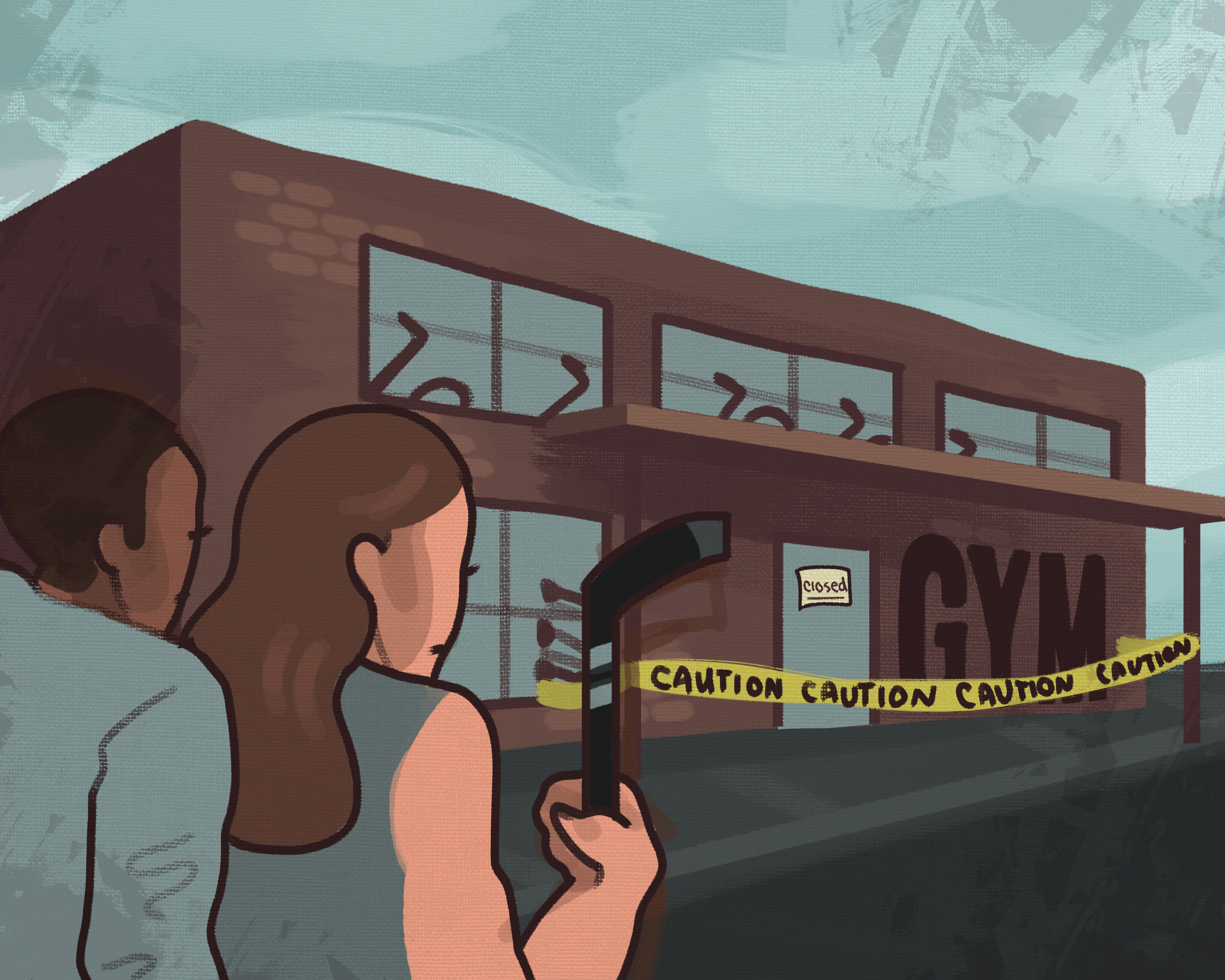 Like many other athletes, Bisons Jessica Tsai and Stephen Adamopoulos have had a difficult time continuing to train for their sports, but have continued pushing to remain strong.

Tsai is going into this year coming off of a great rookie performance for the Bisons women’s soccer team last season.

She finished her rookie campaign with an impressive 22 total points in 16 games played, a great start to her university career. This led her to be named to the 2019 U-Sports women’s soccer all-rookie team.

Training alone can be tough, but Tsai has adjusted very well.

“Since the first lockdown in March and April, I’ve had more time to adjust to training by myself, so creating a schedule for workouts and runs so that I can stay in shape has become easier,” Tsai said.

“Finding the actual motivation to work out has been the hardest part about staying in shape.”

In November, the Manitoba government announced that the province would move into the critical red stage on the pandemic response system, which entails the closure of recreation facilities.

This has forced athletes to stay at home and work out on their own.

“The biggest difference between working out at home compared to the gym is having limited equipment available,” Tsai said.

“Because of that, I’ve transitioned to doing more bodyweight exercises and I’ve increased difficulty by adjusting how many sets or reps I do.”

“I can always improve in the technical aspect of the game which, fortunately, is pretty easy to work on at home,” Tsai said.

“I think the mental part of the game has also been something I’ve focused on this year, especially with the challenges we’ve had to face,” she said.

“Learning to overcome adversity, adapt to different situations and working on confidence are all aspects that apply to both sport and life.”

Soccer is a team game and no matter how important it is to better yourself, it is just as important to work on things as a team.

“Throughout this whole year, because it hasn’t been a regular competitive season, we’ve been developing our team culture and team mentality,” Tsai said.

Training for soccer is all about working on technical aspects of the game, but Bison football player Adamopoulos believes that football is different.

“As a football player, I don’t just need to stay in shape — I have to consistently get bigger, stronger and faster,” Adamopoulos said.

“It has been an overall challenge, but my attitude has been great and I’ve seen some improvement in myself.”

“I do a lot of weight training at home, such as bench presses, squats and deadlifts,” he said. “It is also very important to continue to stretch your body out so no injury can occur.”

The second-year defensive back for the Bisons did not see too much action over his first-year dressing for the team last season but was looking to become a regular in the lineup during the 2020-21 season.

Getting stronger, faster and more prepared must be the goal for every team competing for a championship and that trophy is what is in sight for Adamopoulos and the Bisons.

“I was disappointed that there was no season this year due to COVID-19, but it is just going to teach us to be better and we need to start preparing for next season,” Adamopoulos said.