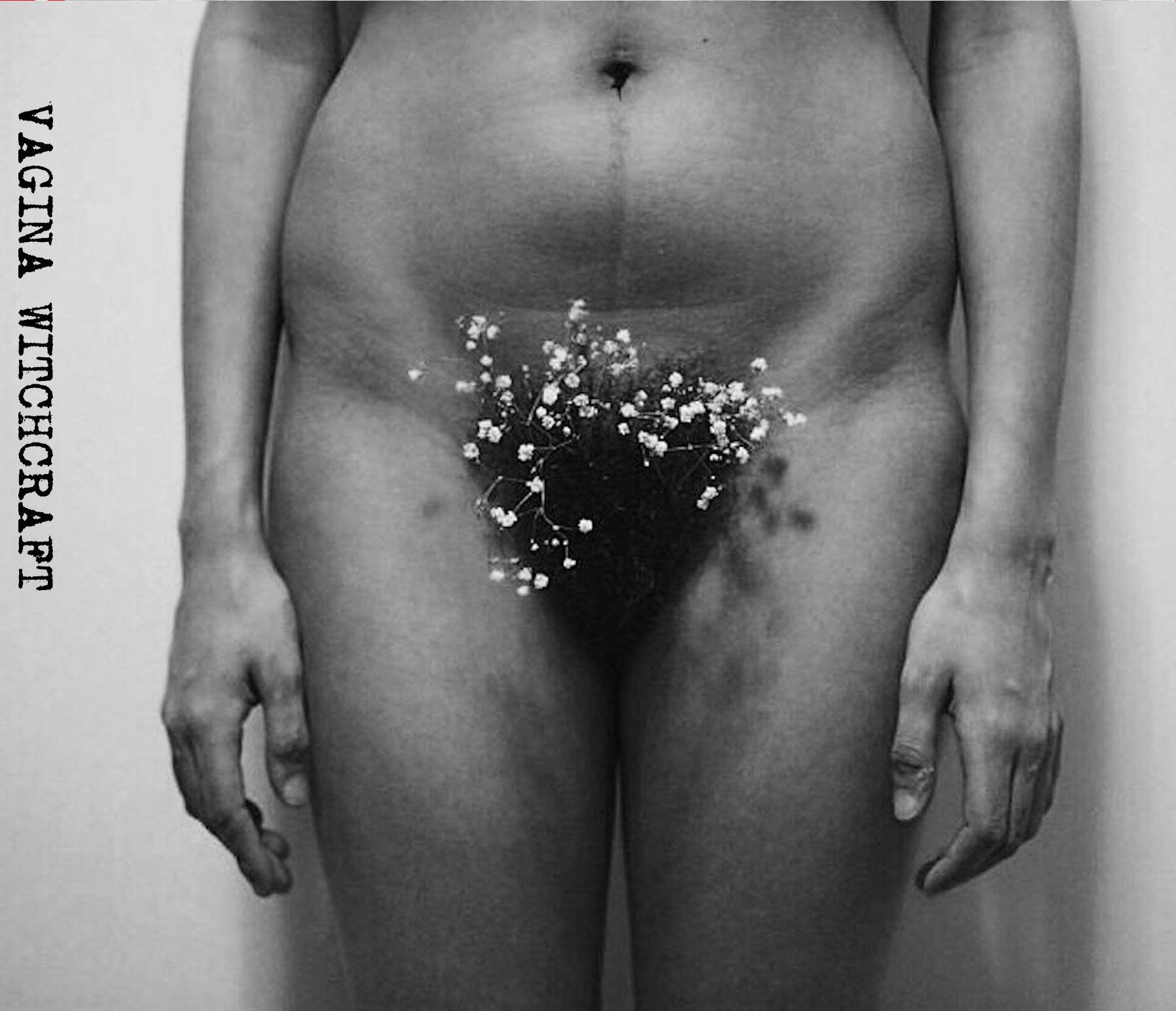 Vagina Witchcraft’s debut record doesn’t open with a scream or sludgy riff, but a missive, spoken with such raw feeling as to make the hair on the back of your neck stand up: “I am an entity, I am courage, I am love. I am unfinished. I am not your fucking sassy black friend.” Kayla Fernandes’s voice — touched by feedback and echoed by the screams of their audience — builds with rage and hope like gathering storm clouds, piling into the black.

After four-and-a-half minutes of growing tension, the pressure breaks — a shriek of “Black lives matter” catapults over a filthy riff, and the band descends into the grinding “Mercury.”

This is Vagina Witchcraft — vocalist Kayla Fernandes, guitarist Dylan Sellar, bassist Seppel Saünlust and drummer Julien Riel thrashing and pummeling their way through the darkness, primordial doom-metal hardcore purists with a political fire that sets them a thousand scorched miles from their peers.

The band’s brand of pitch-black onslaught is equal parts destructive, swirling fantasy and deeply felt political protest. Fernandes is a Black, queer, gender non-conforming poet and activist, and the fury that they release feels less like theatrical metalhead doom than it does life or death sonic liberation. Every throat-shredding scream feels earned and true — a performer exploding open a space for themselves in a scene that, historically, has made little room for them.

The album is a nonstop attack, no gothic piano ballads or moments of quietude to break up the rage — the foursome conjures the lo-fi seething of Converge circa Halo in a Haystack, no studio glimmer or slick effects. The band’s sound is elemental and heaving, a swirling blackness over which Fernandes screams of insecurities and power, of destruction and healing and rage in the name of transcendence.

Each song spreads like sludge over at least four minutes, with the final two epics, “No Sinners” and “ALVVAYS,” raging like wildfire, each over eight minutes of noise.

The glacial force of closer “ALVVAYS” is perhaps the record’s greatest moment, an unrelenting shapeshifter that refuses to let up. Vagina Witchcraft is an electrifying, powerful and painfully relevant debut and it marks the arrival of an undeniable new scream in our city’s metal scene.

In search of Mr. Chi Pig